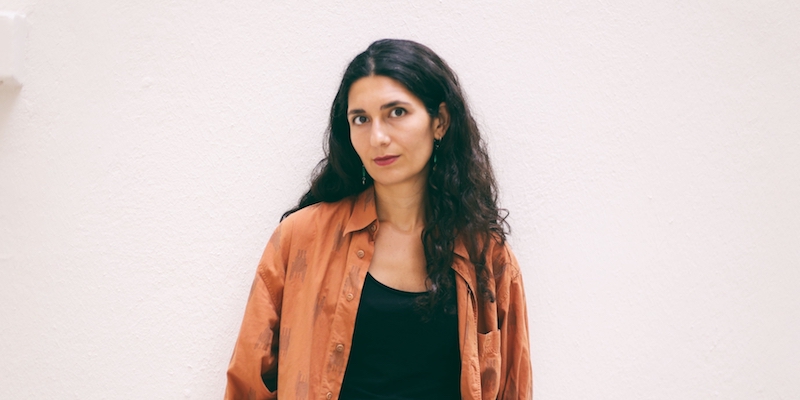 “I don’t often get to talk about the sustenance of daily joy, the nourishment of the imagination.”

Aysegül Savas’s new novel, White on White is out now from Riverhead Books, so we asked about her writing process, her favorite reads, how she handles writer’s block, and more.

What do you always want to talk about in interviews but never get to?
I never get to talk about breakfast. But since we’re here: my idea of a perfect breakfast is by the sea, with books, and lots of fruit. Or in the winter, with milky tea, and a candle. There is dark bread and sheep cheese and sour cherry jam. Quince is good, too.

This is also to say, I don’t often get to talk about the sustenance of daily joy, the nourishment of the imagination. I seem to be talking more and more about easy judgments, what I liked and disliked; what is good, what is bad; what I can make the time for and what I won’t.

The loss, when discussing the business of writing in the cold language of business, is one of enchantment. It is also a loss of pleasure, of the willingness and patience to abide in mystery.

What time of day do you write?
Late morning, once I have set the necessary foundations for writing, by reading for several hours and drinking too much coffee.

How do you tackle writer’s block?
When I have nothing to write, or I have a faint idea that I don’t know how to put on the page, I will spend all my time reading. After several weeks, or months, a book will come to save me: it will point in the direction of a different perspective, a more joyful attitude, a lighter style.

If I’m stuck in the middle of a chapter or scene, I will go for a run.

If I’m stuck because of the sheer amount of bad writing I’ve produced, I will delete everything except for the sentences that feel true and try to figure out how I can piece together what I have and continue from there.

Which book(s) do you return to again and again?
The Summer Book by Tove Jansson, Season of Migration to the North, by Tayeb Salih, To the Lighthouse, by Virginia Woolf, The Little Virtues by Natalia Ginzburg, the stories of Alice Munro.

And I also return to some other books that are next to my desk as I write this, a stack whose warm glow of inspiration I’m afraid of dimming if I reveal their names.

What was the first book you fell in love with?
We had just moved to London from Ankara. My brother played on his Game Boy all day long; our parents were worried about adult worries. I didn’t speak a word of English. Among the handful of books and toys our mother had packed for us, I found one from her own childhood: Gundula, about a little girl who is very lonely. I started reading it on our second night in London, and by the end of the year, I had read it so many times that I found myself reciting the first chapter on my walk to school.

Name a classic you feel guilty about never having read?
I feel guilty about not having read many works from the late Ottoman and early-Turkish Republic periods. In high school, I learned about these books only as titles, representatives of certain literary movements. Later, I worked my way through some of these books, slowly, such as the works of the novelist Ahmet Hamdi Tanpinar. Still, it was hard work to read them, their language was often inaccessible to me and there was no social support surrounding these books: translations, discussions, book clubs, or even inclusion in a “world canon.”

I don’t feel guilty about not having read many of the classics that come to mind when faced with such a question: either they have not interested me, or I will read them in the future. The guilt associated with not having read, say, Moby-Dick or Ulysses is often tied to narrow and at times arbitrary standards of learning and aesthetics.

Whereas I do feel guilty when I read nothing but contemporary English-language literature over several weeks. Guilty, because of the ease of this reading—its ubiquity, its monopoly over cultural discourse. My guilt has to do with being an unresisting participant in its production, at the expense of other literatures, other ways of feeling, thinking, and creating.

Is there a book you wish you had written?
Kazuo Ishiguro’s A Pale View of Hills, for its eerie atmosphere. César Aira’s How I Became A Nun, for its perfect pitch of weird. Hiromi Kawakami’s Strange Weather in Tokyo, for its wisdom, joy, and snacks. 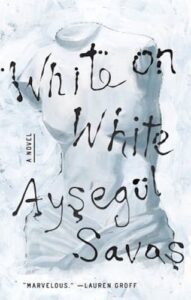 White on White by Aysegül Savas is available via Riverhead Books. 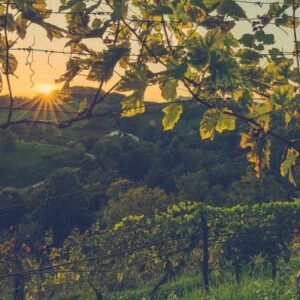 We arrived to spectacular views of the snow-capped Alps. As we wandered between hotels, trying to find a vacancy, I noticed...
© LitHub
Back to top
Loading Comments...