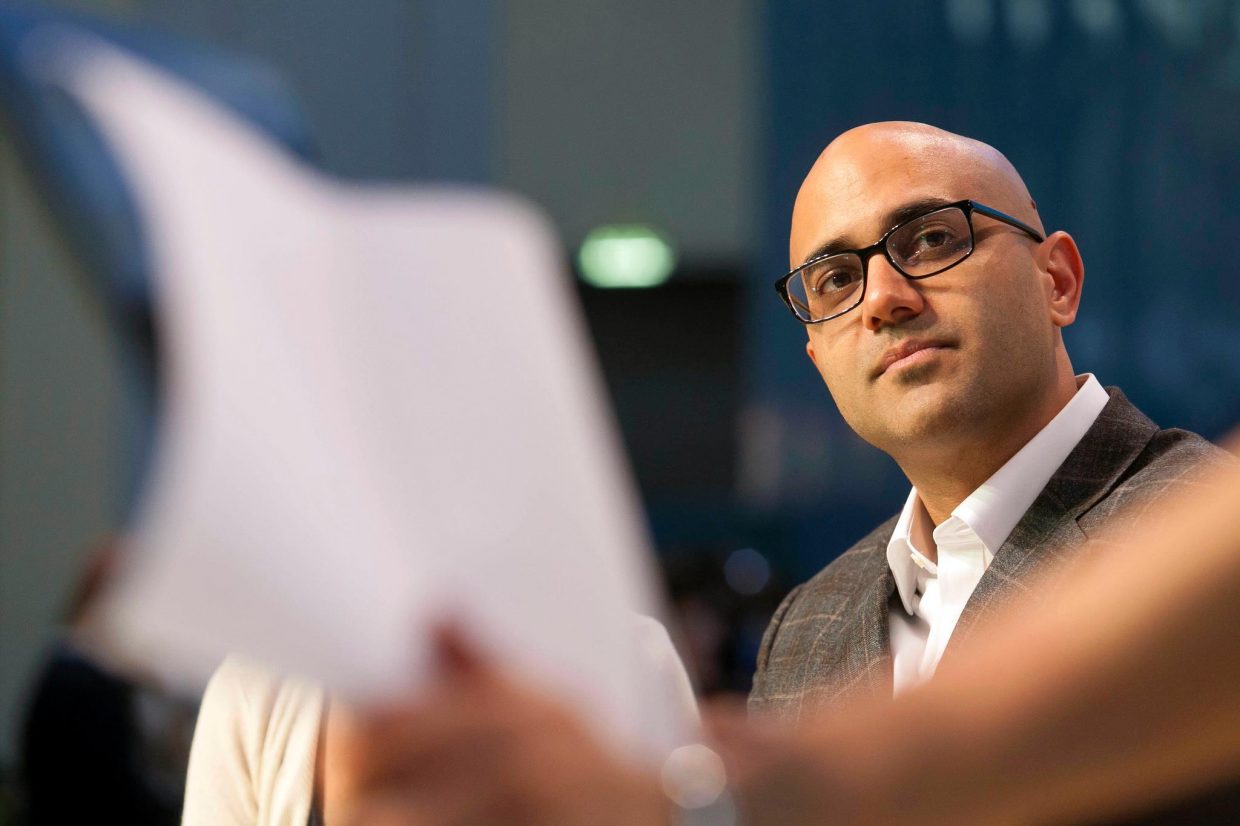 The Pakistani-American Playwright and Author on Beyond the Page: The Best of the Sun Valley Writers' Conference

Below is an edited recording of playwright Ayad Akhtar at the Sun Valley Writers’ Conference. No playwright has challenged our perceptions of Muslims in America as boldly, and with such dramatic vigor, as has Ayad Akhtar, who won the 2013 Pulitzer Prize for Drama for Disgraced, the most produced play of the 2015-2016 season.

A compendium of characters is how this talk has been billed, but what it’s really going to be is a story. Yes, the story of how the characters that populate my work how they came to be. But that story is really at root the tale of how I became a writer. My parents would never have predicted it, would never have wanted to predict it. Both doctors, both immigrants from Pakistan; they came to this country in the late ’60s. In the wake of JFK’s science and technology push getting a man on the moon and what not. The quotas for immigrants from the Indian subcontinent were eased, and Uncle Sam started bringing over scientific and medical talent.

My parents came over on a State Department program that gave them visas plane tickets apartments and jobs. Times sure have changed.

Both my parents were the eldest of their respective broods and the first of their very sizable families to leave Pakistan and go west. I was the first kid on either side of those very large extended families to be born in America. That meant there was a lot of pressure on my folks to make sure I turned out all right. My mother in anticipation of the first day of kindergarten instructed me to say when asked about what I wanted to be when I grow up that I was going to be a neurologist my kindergarten teacher seemed very impressed that I knew what a neurologist was. I didn’t. There you have it. My parents best laid plans for a career in medicine went irrevocably awry. My junior year in high school. That was when I met a teacher who changed my life. Her name was Ms. Doerfler. She was famous in the semi rural Wisconsin school district where I grew up famous for changing kids lives. I remember the morning before my first class with her a kindly football jock sitting next to me in homeroom. Asked what my schedule was that day when I mentioned world literature one in fifth period. He cut me off and said, “Dude, you’ve got Ms. Doerfler. She’s going to blow your mind.” She did that and more by the time I knew her; Ms. Doerfler was in her mid 50s.

She’d been through five husbands.

She lived on forty acres of land north of Milwaukee. Deep Forest country where she got up every morning to tend a farm sized garden and walk her ten great danes before coming into school.

This is all true. She carried herself with an air an almost regal bearing that was not in any way affected. It commanded respect. We didn’t dare come to class late or chatter across the aisles when her back was turned. We didn’t want to disappoint her. Looking back now I recognize what that regal sense was the resonance of someone fully committed to an authentic life. She was a great souled one to use the Aristotelian locution very early in the semester she assigned a story by Friedrich during Mott called the tunnel. In it a man wakes up on a train not knowing how he got there. He asks those sitting around him if they know where the train is going. They don’t. Some don’t even seem to understand that there’s a question so preoccupied by their newspapers or the crease in their trousers or their arguments he gets up and starts to make his way from car to car inquiring with everyone he passes to no avail. When he comes across the conductor the conductor throws his hands up and points to the door leading to the engine car. Ask the man and there maybe he knows our protagonist leaps across the gap into the engine where he finds a mute madmen maniacally shoveling coal into the engine’s furnace. No question to be asked. No answer to be gotten. That’s when the protagonist sees a tiny window looking out the front over the furnace and sees that the train isn’t even on the tracks and experience is a moment of abject terror as he realizes the train is falling through what looks like an endless black abyss a tunnel. I remember finishing and thinking to myself What is this. I mean is this even a story.

The next day Ms. Doerfler came into class and took her usual spot at the front of the table. She started class by asking us what is the meaning of the story you all read last night. Meaning.

That bizarre thing had a meaning. Had me fooled. No one raised their hands. I’m sure everyone was as confounded as I was. She asked again. More silence. Finally she started to speak. The train is life. Every now and then one of us wakes up to the question of what it is where it’s going. Those around us don’t have an answer. Many don’t even know there’s a question. The one who would seek to know will eventually be forced to confront an unsettling truth that life is rushing us into a great blind unknown and that the souls innate response to this is terror. I still recall the effect those words had on me. It was like lemon juice on milk. Clearing away all the murkiness clearer brighter heightened enlarged I never felt. Anything like that. It was I believe the first authentically spiritual moment I’d ever experienced a moment of real meaning. Unlike the instrumental platitudes and tales promulgated in my childhood experience of religion that moment in Ms. Doerfler’s class was the moment I knew I was going to be a writer.

To listen to more of Ayad Akhtar and other talks from the Sun Valley Writers’ Conference, subscribe now on iTunes, Spotify, Stitcher, or wherever else you find your podcasts!

Ayad Akhtar is the author of the critically acclaimed, poignant, coming-of-age novel, American Dervish. Since its debut, the book has been embraced around the world for the richness of its characters and illuminating the everyday lives of Muslim Americans, earning Akhtar a rightful place alongside today’s most compelling storytellers. Akhtar is also a Pulitzer Prize-winning playwright and screenwriter. His stage play Disgraced won the 2013 Pulitzer Prize for Drama as well as the Jeff Equity Award for Best New Play in 2012. As a screenwriter, he was nominated for an Independent Spirit Award for Best Screenplay for The War Within. He has received commissions from Lincoln Center and the Oregon Shakespeare Festival. 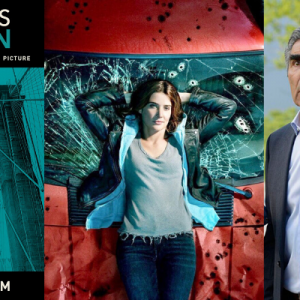 I like to think I'm not a person who's susceptible to influencers, but the truth it, of course, I'm highly susceptible...
© LitHub
Back to top