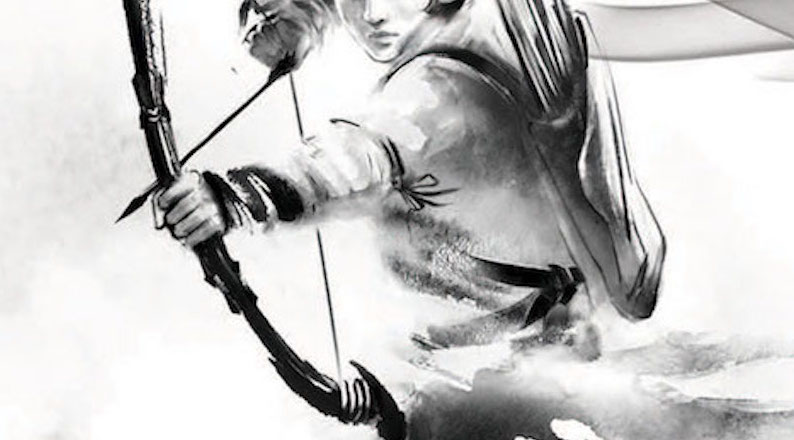 In Conversation About The Poppy War on the New Books Network

Rin, an orphan raised by a family that treats her badly, is no Harry Potter, despite the superficial similarities. No kindly wizards await her; there are no summons from a cute feathered familiar. She studies day and night to be able to attend the military academy at the city of Sinegard, the capital of Nikara. She wins a coveted place at the Academy through sheer endurance, but once she arrives, she realizes how far she still has to go.

Gabrielle Mathieu: So this is indeed a grim-dark novel. Your profile identifies you as grim-dark’s darkest daughter. Yet you’re young, a lauded author, you graduated from Georgetown University and now you have a scholarship in England. Why so drawn to the dark side?

Rebecca F. Kuang: So the Twitter moniker came from a reviewer who was like, “grim-dark’s darkest daughter” and I liked it so much that I put it in my bio. So, first of all, I’m quite different from Rin and I think my life is very different from the lives of the people I write about, so I’m not personally drawn to the dark side, just the stories I’m telling. I study Modern Chinese History, that’s what I did my undergraduate thesis on and that’s what I’m studying now at Cambridge, which means a lot of war. Modern Chinese history is defined by violence and trauma and war and for me it’s not just an academic interest, it’s also family history, studying modern Chinese history is a way to understand what my parents and grandparents went through, to understand the things they choose to talk about and the things that they can’t talk about. So, my fiction is inspired by my research. It’s a very bleak and dark novel just because my family history and Chinese modern history is very bleak and dark.

GM: One way to view The Poppy War is to observe that hate breeds more hate, creating a spiral of destruction that threatens to consume everyone. When I was reading your novel, it brought to mind the decision of the American government during World War II to drop the atom bomb on Japan and end the way before more American groups died. Do you think there is a time when extraordinary measures must be taken to protect a population even if it means unleashing a weapon of destruction?

What we do know is that some actions are awful and morally condemnable.

RFK: I don’t know. The central problem at the end of The Poppy War is that we don’t know—we can’t know. Because that’s such a tricky ethical question because people justify the bombing of Hiroshima and Nagasaki by saying that many more people would have died if World War II had continued and that’s a counterfactual we will never conclusively know the answer to. And it’s also a tricky ethical question of totalitarianism versus deontology. If you take a totally deontological view which is that you are bound to moral rules that are unbreachable no matter the consequences, then you have to argue that no, that kind of genocide, using weapons of mass destruction like the ones Americans used are never permissible. Especially with innocents. And, yeah I subscribe to that view, that seems obviously correct.

Though then if you’re a consequentialist or a utilitarian and you care about the end state, the consequences of your actions, then you can say, sometimes you can do awful things if it means saving more lives in the future. It’s just a complicated version of the classic, would-you-kill-one-person-to-save-ten question, and the problem is no one knows the answer to that—that’s why philosophy exists—we can keep asking that forever and be wondering whether we were justified in bombing Hiroshima and Nagasaki forever and I don’t think we’ll ever really know. What we do know is that some actions are awful and morally condemnable and yeah, so Rin’s action was horrific; was it the best action? I honestly have no idea. And I don’t think that the book was supposed to answer that question, just that it was supposed to ask it and present different viewpoints on it.

GM: Well you’re a woman writing about a heroic female character. A series that focuses on a lone woman warrior is an exception; she’s usually an accessory. Yet, I would argue that Rin’s gender is mostly irrelevant; she lets her uterus be poisoned after she finds her menstrual cramps distracting, she has several male friends and mentors . . . Do you agree that Rin’s gender is not central to your series?

RFK: No, I think it’s very central, by the fact that she’s a woman and faces challenges that nobody around her has to. So none of the guys that she went to school with had to think about menstrual cramps and she did. And she also has, at the very beginning of the book, the reason why she’s testing to get out of . . . is because she’s about to be married off to somebody three times her age. A child bride. Only young women are sold into child marriage like that. I mean, the fact that her closest relationships happen to be guys—I actually sort regret in The Poppy War; I wish there had been more central female actors in the first book—there are in the second book and in the third book. Something that I was trying to do was accurately portray a very patriarchal society and yet tell women’s stories of resistance, which is why you don’t see a lot of women at the guard or in the military. That being said, almost everyone in power happens to be a woman. So those relationships affect her for the rest of her life. 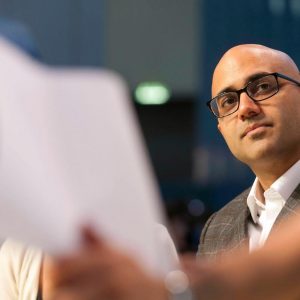