Toho Co. is one of Japan's largest and most iconic film studios. Founded in 1932, it has grown into a worldwide leader in film production, distribution, and exhibition. Its most famous creation is Godzilla, which has grown into one of the world's most successful recognizable film and media franchises.
Graham Skipper is a writer, actor, director, and producer, known for writing/directing the sci-fi/horror feature film Sequence Break, as well as his essays on horror cinema published in Fangoria and My Favourite Horror (Black Vortex Publishing, 2018). Most recently his work can be found in Simon & Schuster's Video Palace: In Search of the Eyeless Man (2020). Graham is a lifelong Godzilla fan, and was honoured work with Toho developing their Godzilla Tales series of comedic short films in 2020. 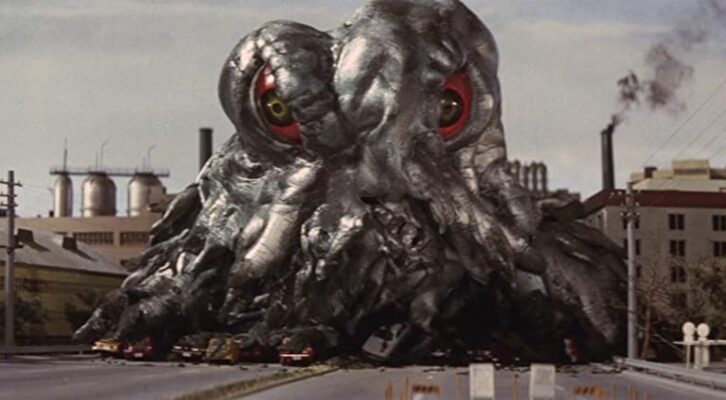 You Should Probably Watch Godzilla vs. Hedorah, One of the Campiest Entries in the Franchise

Come for the Psychedelic Dance Sequences, Stay for the Environmental Allegory