Michael Imperioli is best known for his starring role as Christopher Moltisanti in the acclaimed TV series The Sopranos, which earned him a Best Supporting Actor Emmy Award. He also wrote five episodes of the show and was co-screenwriter of the film Summer of Sam, directed by Spike Lee. He has appeared in six of Lee’s films and has also acted in films by Martin Scorsese, Abel Ferrara, Walter Hill, Peter Jackson, and the Hughes Brothers. Most recently he starred in Regina King’s feature One Night In Miami. Imperioli is also the author of the critically acclaimed novel The Perfume Burned His Eyes, and the short story “YASIRI,” which is included in the anthology The Nicotine Chronicles edited by Lee Child. Steve Schirripa is well known for playing fan-favorite character Bobby Baccalieri on The Sopranos, and currently as Anthony Abetemarco on the long-running hit CBS series Blue Bloods. Steve’s impressive film and TV credits include Jersey Boys and Hereafter, both directed by Clint Eastwood, and the award-winning The Secret Life of the American Teenager, in which he was a series regular. Schirripa has also starred in a number of independent films including What Are the Odds, which won him Best Supporting Actor at the New York Independent Film Festival. A regular and favorite guest on TV talk shows, Steve became a special correspondent for the Today show and The Tonight Show, and is also the New York Times bestselling author of six books, including A Goomba’s Guide to Life and the young adult novel Nicky Deuce: Welcome to the Family, which was made into a film for Nickelodeon and starred several Sopranos alum. 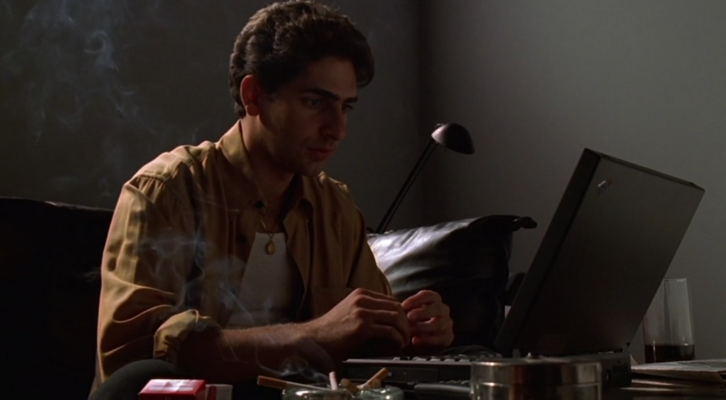 November 8, 2021  By Michael Imperioli and Steve Schirripa
0
© LitHub
Back to top