Mary Churchill was the youngest daughter of Sir Winston and Baroness Clementine Spencer-Churchill. During the war, Mary served in the women's branch of the British Army and as an officer commanding mixed anti-aircraft batteries, for which she was awarded the MBE. After World War II, Mary continued to assist her father and was at Churchill's side during many of the key moments of his premiership. Mary was the author of several books, including a biography of her mother, and was Chair of the National Theatre Board and patron of Churchill organizations and charities worldwide. She died on 31 May 2014. 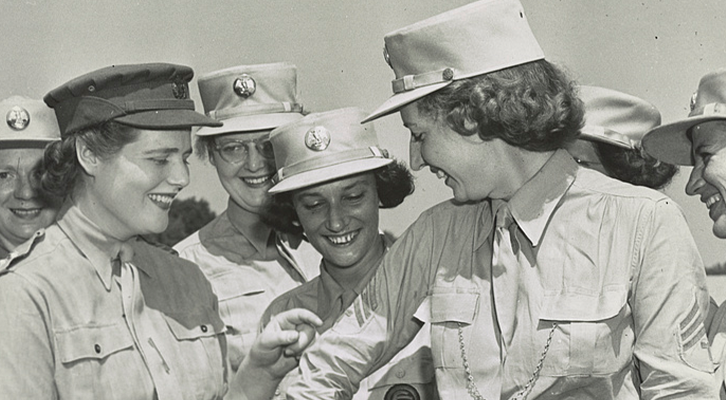 “Glory Hallelujah!! A delicious poke in the snoot for Hitler.”