Marwan Hisham is a Syrian freelance journalist who since 2014 has covered Syria, Iraq, and Turkey. His work has been published in Vanity Fair, The New York Times, The Intercept, and Foreign Policy.

Molly Crabapple, an artist and writer in New York, has drawn in Guantanamo Bay, in Abu Dhabi’s migrant labor camps, and with rebels in Syria, and received widespread praise for her illustrated memoir Drawing Blood. Crabapple is a contributing editor for Vice and has written for The New York Times, The Paris Review, and Vanity Fair. 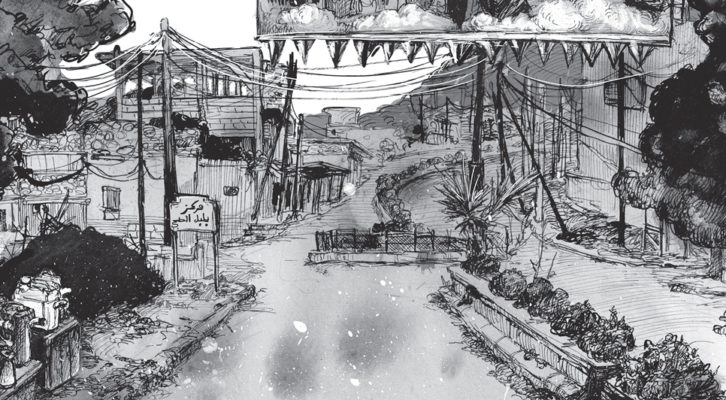 Memories Always Hit You Hardest When You’re Leaving,
and the Good Ones are the Most Painful of All