John Lewis (1940 – 2020) was a civil right activist and U.S. congressman. Inspired by the activism of Martin Luther King, Jr., Lewis became involved in the civil rights movement by participating in lunch counter sit-ins as part of the Nashville Student Movement and went on to become one of the original Freedom Riders in 1961. A founding member of the Student Nonviolent Coordinating Committee, he became its chairman in 1963, was an organizer of the infamous “Bloody Sunday” march on the Edmund Pettis Bridge in Selma, Alabama, and a speaker at the March on Washington. Elected to Congress in 1886, Lewis served seventeen terms representing most of Atlanta, Georgia. 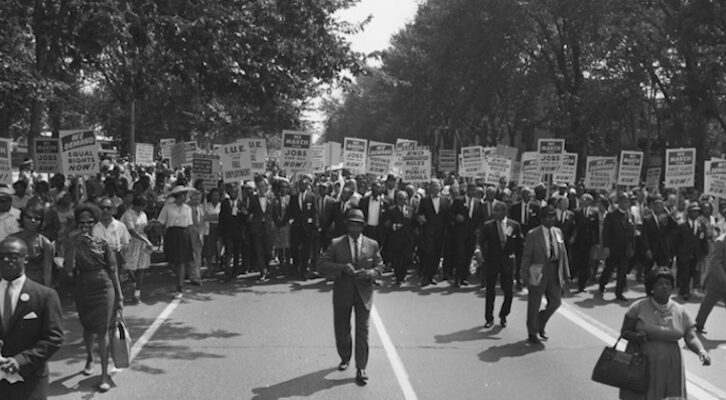 We Shall Overcome: John Lewis on the Symbolism of the Edmund Pettus Bridge and the Urgency of the Civil Rights Movement