Greta Thunberg was born in 2003. In August 2018 she started a school strike that became a movement called Fridays For Future, which has inspired school strikes for climate action in more than 150 countries involving millions of students. Thunberg has spoken at climate rallies across Europe, and at the United Nations COP24 in Poland and the World Economic Forum in Davos. In September 2019 she will speak in New York City at the UN Climate Action Summit. She has won the prestigious Prix Liberté and been nominated for a Nobel Peace Prize. Thunberg is vegan, and doesn’t fly, in order to live a low-carbon life. 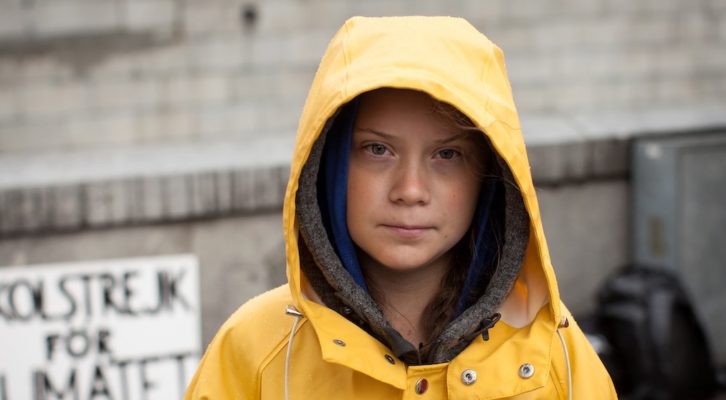