Born in Piedmont in 1985, in 2013 he moved to London, where he currently lives and works. He is the author of Essere senza casa. Sulla condizione di vivere in tempi strani (Minimum Fax 2020) and Brucia, memoria (Quanti Einaudi 2021). He has been a contributing writer for several magazines, including Il Mucchio Selvaggio, Internazionale, IL, magazine of Il Sole 24 Ore, and currently collaborates with L'Indiscreto. In 2017 he was part of the organization of the first edition of FILL – Festival of Italian Literature in London.

Translator Johanna Bishop grew up in Pennsylvania, was pigeonholed as a future translator by a standardized test in middle school, and has embraced that fate full-time since 2014. She has a particular interest in the overlap between literature and the visual arts. Her work has appeared in many journals and anthologies (most recently, Bennington Review, AGNI, and Tempo: Excursions in 21st Century Italian Poetry). Recent books include Tamam Shud by Alex Cecchetti, Oh mio cagnetto by Diego Marcon, and Fossils by Maria Grazia Calandrone. She lives in Tuscany. Since 2016, she is a resident translator of The FLR - The Florentine Literary Review project, now The Florence Review. 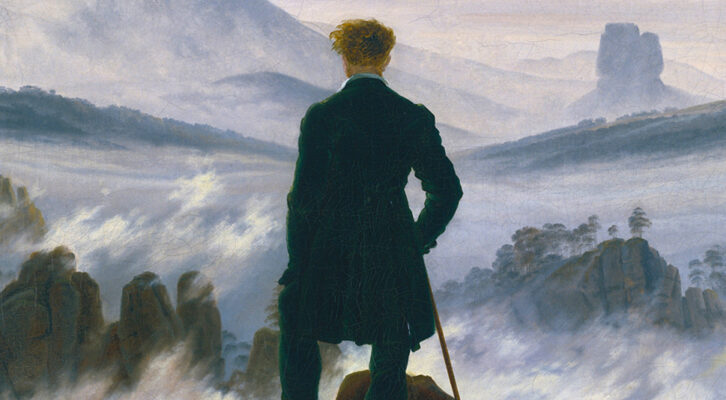 Why Is It I Keep Seeing the Same Painting Everywhere I Look?

A Tale of Baader-Meinhof Phenomenon (in English and Italian)