Ernest Hemingway did more to change the style of English prose than any other writer of his time. Publication of The Sun Also Rises and A Farewell to Arms immediately established Hemingway as one of the greatest literary lights of the twentieth century. His classic novel The Old Man and the Sea won the Pulitzer Prize in 1953. Hemingway was awarded the Nobel Prize for Literature in 1954. Known for his larger-than-life personality and his passions for bullfighting, fishing, and big-game hunting, he died in Ketchum, Idaho on July 2, 1961.

Patrick Hemingway is the middle child of Ernest’s three sons. Born in Kansas City, Missouri, in 1928, he grew up in Key West, Florida. He graduated from Harvard University and pursued a career as a professional hunter in Tanzania, Africa, and later became an instructor at The College of African Wildlife Management Mweka. There he served as a Forest Officer Wildlife seconded from the Food and Agricultural Organization of the UN (FAO). He retired to Bozeman, Montana, where he lives with his wife and family. 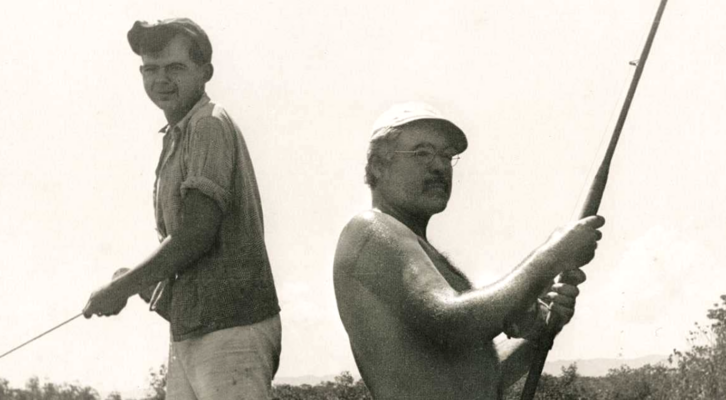 “Every night we hear the coyotes howl.” Read Letters from Ernest Hemingway to His Son