Benjamin Taylor‘s memoir, The Hue and Cry at Our House won the 2017 Los Angeles Times/Christopher Isherwood Prize for Autobiography and was named a New York Times Editors’ Choice; his Proust: The Search was named a Best Book of 2015 by Thomas Mallon in The New York Times Book Review and by Robert McCrum in The Observer (London); and his Naples Declared: A Walk Around the Bay was named a Best Book of 2012 by Judith Thurman in The New Yorker. He is also the author of two novels, Tales Out of School, winner of the 1996 Harold Ribalow Prize, and The Book of Getting Even, winner of a 2009 Barnes & Noble Discover Award, as well as a book-length essay, Into the Open. He edited Saul Bellow: Letters, named a Best Book of 2010 by Michiko Kakutani in The New York Times and Jonathan Yardley in The Washington Post, and Bellow’s There Is Simply Too Much to Think About: Collected Nonfiction, also a New York Times Editors’ Choice. His edition of the collected stories of Susan Sontag, Debriefing, was published by Farrar, Straus & Giroux in November 2017. He is currently under contract to Penguin for a sequel to The Hue and Cry at Our House. Taylor is a founding faculty member in the New School’s Graduate School of Writing and teaches also in the Columbia University School of the Arts. He is a past fellow and current trustee of the John Simon Guggenheim Memorial Foundation and serves as president of the Edward F. Albee Foundation. 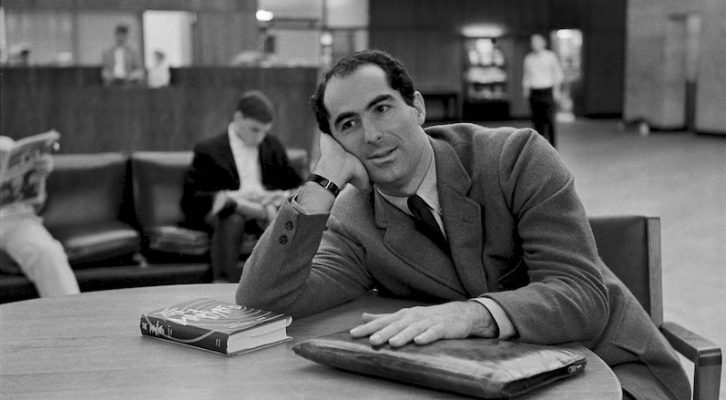 Even in His Retirement, Philip Roth Wrote Thousands of Pages