Anna Badkhen on an American Classic

Violence bookends Barry Lopez’s Arctic Dreams. The narrative begins with a gory recreation of an instance of whale slaughter by 19th-century Europeans, who in unholy pursuit of blubber and baleen left in their wake the carcasses of hundreds of flenched whales. It concludes with cruelty of a different kind, an insidious butchering of the soul that festers in the dismal man camps of contemporary Arctic oil riggers, where “woman and machinery and the land are all spoken of in the same way—seduction, domestication, domination, control.” The moral erosion Lopez describes is familiar to me from two decades of documenting the human condition in extremis, including a dozen war zones on three continents. The backdrop changes, but the base in us, and the way we manifest it, varies little no matter the context.

The reason I have carried my paperback copy of Arctic Dreams with me to wars has been not to compare facets of iniquity, but because in times of depravity one must buoy oneself. One must reach for decency and the goodness that the world relentlessly kernels, against which to steady the soul. In the landmine-studded Turkestan Plains of Afghanistan; in the foothills of Chechnya, where fathers wept about sons abducted by government henchmen; in the dun Mesopotamian limestone, where man was killing man with bombs and bullets, Arctic Dreams reminded me to do the reaching.

To guard against cynicism, Lopez urges, foster an “alertness for minutiae” and “show an initial deference toward [the] mysteries” of a particular place and the human and nonhuman animals in it. He tells us to notice, and shows us water “whirled off in flat sheets and a halo of spray” off a polar bear shaking off after a dive; the “deep patience” of indigenous hunters that accompanies “the long wait at a seal hole for prey to surface;” the way “the serene arctic light…came down over the land like a breath, like breathing;” the sound of several thousand lesser snow geese rising from the water at once—“like a storm squall arriving, a great racket of shaken sheets of corrugated tin.” He is so open to astonishment that he begins to bow to birds in the tundra: “I would bow slightly with my hands in my pockets, towards the birds and the evidence of life in their nests.” The word “wonder” appears in the book 32 times.

To remain in awe; to linger; to reject “the kind of provincialism that vitiates the imagination,” to reflect the world back at itself at unexpected angles and to invite us, the audience, to ponder and question while reminding us that we are not alone, that someone is as perplexed and bereft and amazed as we are: that is, I think, the obligation of a writer on our overwhelmingly volatile planet. It happens to be, too, an aspect of dreaming, which Merriam-Webster describes, in one of its definitions, as “to pass time in reverie.”

There is no precedent in human history for the manmade geological changes that are destroying lives and livelihoods now.

Among the other definitions of the word “dream” are “a visionary creation of imagination,” “a state of mind marked by abstraction or release from reality,” “a strongly desired goal or purpose.” Many of Lopez’s arctic dreamers are whalers, roughnecks, mariners, hunters, colonial polar explorers afflicted by the racial superiority of either the white race or the human race or both—ambitious and often monomaniacal intruders who unpeople the landscapes of their imagining before they arrive in person to unpeople the physical landscapes, mutilating or erasing indigenous cultures, human and animal and plant. That the book begins with what Lopez calls “the carnage of wealth” and ends with the degradation of the human spirit is no coincidence: one cannot exist without the other. he muffling of decency and self-respect both ensue from and facilitate the loss of respect for the world the physical violence we commit.

Arctic Dreams can be interpreted as a parable of the recent history and present of North America. But in my experience it can, and must, be read more broadly. Part warning, part keening, part celebration, it also anatomizes the myopic greed of the Global North that shapes our world entire, that dictates mass violence and crosshairs its victims in the Global South, where I often work, where most of my loved ones live. The majority of modern wars are both the result and the cause of climate disasters, most of which are conditioned by the abusive small-mindedness of industrialism. There is no precedent in human history for the manmade geological changes that are destroying lives and livelihoods now, and for the yet worse catastrophes that climate scientists predict, new unimaginable calamities that will extinguish more species, erase more habitats, kill and displace more people.

As I watch a young Afghan mother take opium to stave off hunger so she can weave a carpet to support her family, as I go to sea with child fishermen in the depleted waters off West Africa’s coast, as I follow nomadic cattle herders through the drought-stricken Sahel where scrub reaches skyward in tragic pis aller, like someone drowning, I the last sentence of Arctic Dreams: “I was full of appreciation for all that I had seen.” “All:” the wingbeat of birds, the oil riggers’ quarters “wretched with the hopes of cheap wealth,” Yup’ik hunters cutting up a walrus they have killed, icebergs “so beautiful they also made you afraid.”

That sentence, as simple as it is magnanimous, suggests an emotional vocabulary for the way we live here, now, in many kinds of love and inadequate to the grief and suffering of the world. It invites an introspection: what can we hold onto and how, and how can we appreciate all that we witness, so that instead of vanishing into the gray without astonishment or hurt we remember to pause before the ineffable, we remember to quiver before a flock of geese lifting off the membrane of a lake.

Why Do We Hate the Suburbs? 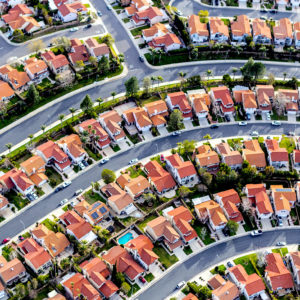 Why Do We Hate the Suburbs? One summer day a few years ago, when the stream was brown and racing, I set out across the Hudson River to a village in the Connecticut...
© LitHub
Back to top
Loading Comments...