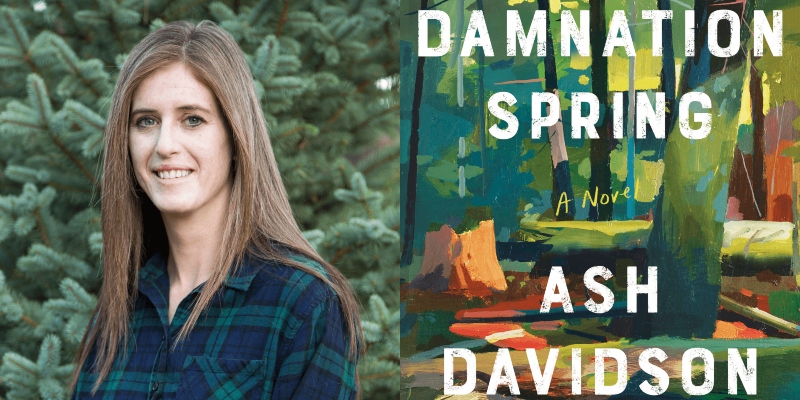 This week on The Maris Review, Ash Davidson joins Maris Kreizman to discuss her debut novel, Damnation Spring, out now from Scribner.

*
On the vocabulary of loggers:

I think whatever you think of the morals of falling old-growth trees, the engineering and the mechanics and the physics of cutting down a tree that’s wide enough to drive a car through and taller than the Statue of Liberty is fascinating. So I was really interested to dive into that world and learn as much as I could about it. Logging, like any other industry, has its own language. But I found the language particularly interesting because so many of the vocabulary words that loggers use are revealing of the dangerous reality of their day-to-day work. A good example of that is the term “widowmaker.” In logging lingo, a widowmaker is a branch very high up in a tree that could potentially fall off and harm you.

Jobs like logging are not office jobs or jobs that require a PhD, but they do require a tremendous amount of intelligence and quick thinking and strategy and skill. When you get close up to those types of jobs, they’re just as impressive as someone working in a physics laboratory. … A common theme in these types of jobs, whether it’s logging in Northern California or coal mining in West Virginia or oil and gas work in Wyoming, I think there’s a certain sense of pride, as there is in any profession where you make a good living and support your family. In some cases those are first-generation jobs, but in Rich’s case this is a profession that’s been handed down through generations, so I do think it’s a core piece of his identity. It’s hard for him and [his wife] Colleen to ever imagine leaving that life, even when the circumstances become really difficult for them.

*
On the usefulness of child narrators:

Even though there are restrictions in writing from a child’s point of view—there are practical restrictions in their vocabulary and the complexity of the concepts they can relate—I also think that children can be unwittingly perceptive. Even when they’re witnessing a scene they don’t fully grasp, they sense that something is amiss. I think Chub is a good stand-in for the reader in some cases, because he can reveal tensions that are simmering but aren’t spoken, and just by relating what he sees he gives us a chance as readers to put two and two together with his help. If he wasn’t standing in the room and being our eyes, it would be very hard to squeeze that information out of Colleen and Rich.

Ash Davidson was born in Arcata, California, and attended the Iowa Writers’ Workshop. Her work has been supported by the Arizona Commission on the Arts and MacDowell. She lives in Flagstaff, Arizona.

Ha Jin on the Importance of Writing Lasting Literature 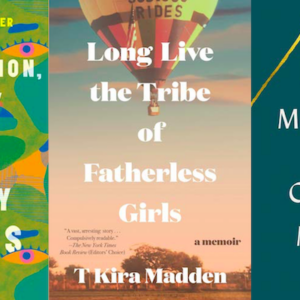 The book I wanted to write when I first entered graduate school for creative writing was a book entitled, I’m Scared of Everything....
© LitHub
Back to top