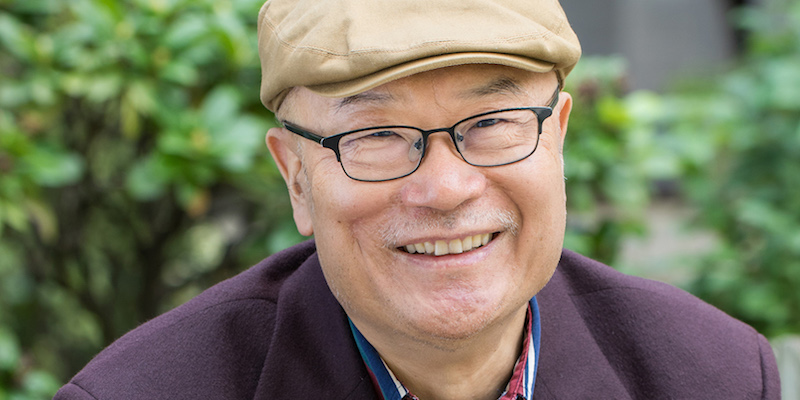 Ha Jin on the Importance of Writing Lasting Literature

In this special episode, taped live at the Miami Book Fair, novelist Ha Jin joins hosts Whitney Terrell and V.V. Ganeshananthan to discuss his new novel, A Song Everlasting, which explores the ways in which politics and art are intertwined from the point of view of a Chinese singer who makes his home in the U.S. After talking about the current tensions between China and Taiwan, Jin describes how the U.S. has had a negative influence on this conflict and depicts China as a strong but rapidly declining force. Then he speaks about how, like his main character, Tian, he believes that producing genuine art is the best way an artist can leave a lasting political influence.

To hear the full episode, subscribe through iTunes, Google Play, Stitcher, Spotify, or your favorite podcast app (include the forward slashes when searching). You can also listen by streaming from the player below. Check out video excerpts from our interviews at LitHub’s Virtual Book Channel, Fiction/Non/Fiction’s YouTube Channel, and our website: https://www.fnfpodcast.net/

This podcast is produced by Hayden Baker and Anne Kniggendorf.

Excerpt from a conversation
with Ha Jin:

Whitney Terrell: One of the things that I thought a lot about while I was reading [A Song Everlasting] are the ways that Americans tend to perceive China as extremely powerful in certain ways. And partly that power, in American minds, comes from the fact that [China] has an authoritarian government, which doesn’t have to argue over things. [China] can do whatever it wants, right? It doesn’t have to debate in Congress, like we are now over the infrastructure bills. But your novel depicts Chinese officials as very anxious about the country’s image. And recently we’ve been hearing reports in the news about the collapse of Evergrande, which is a huge Chinese real estate firm, and that maybe Chinese real estate prices aren’t really accurate or could collapse, like they collapsed here in America 2008. And then earlier in your book, there’s a line a character says, of China—I’m quoting now for the book—”This country, it was whispered, was like a sinking ship.” So which is it?

Ha Jin: That saying has been around for decades. That’s why all the top officials’ children have left China. They made money kind of in a very shady, illegal way. But they inherited their wealth outside China. They all believe that China, the country, will sink quite soon. But on the other hand, somehow, miraculously, there has always been a way to sustain the country from collapsing . . . It is a powerful country, mainly because, I think, it doesn’t have the turnover—a presidential election every four years. [The US] doesn’t have that kind of continuity. One person, once in power [in China], can stay there for a long time. So it’s all about if the person can build his own subordinates to consolidate his power. There’s a very strong sense of continuity that gives us the feeling that the government is somehow stable. But the communists, they are aware of that. They say, ‘That is the superiority of our system in comparison to the US.’ So a lot of their policies were made dependent on that kind of so-called superiority. Versus, in the States, we don’t know. From a foreign countries’ point of view, we don’t know what might happen in four years. Even if Biden is very supported, what if he’s not in power anymore?

WT:Well, we’re all worried about that.

HJ: [Laughing]. So that’s why they use this [strategy]. Basically, the communists, they really understand the psychology of the other countries. So they use this as a kind of threat: ‘We are here, always. You have to deal with us.’ It is so greedy, it’s kind of very disturbing, very disheartening. Even from Biden, and from Trump—from their point of view—their children, they have business in China. They would think, ‘When I’m gone, my kids still have business there.’ That makes China somehow very strong and stable in appearance. But in reality, [China] is not. More than 20,000 foreign businesses left last year and this year [combined]. And now tens of millions of people are now out of work. So the country is in very terrible shape.

WT: Do you think people are leaving at this rate because of the crackdown in Hong Kong? Or because the economy’s not as good? Or because the government’s policies have been a little bit more strict recently, just as you were talking about earlier in the interview? Or is there a particular reason?

HJ:There are various reasons. Hong Kong was a big factor, because it showed that the so-called ‘one country, two systems’—that kind of compromise—would not work. That means, basically, the communists rule every part, everywhere. And also, I think a lot of the top officials, they almost, without exception, all have bank accounts in Switzerland and in other countries. So [people and businesses] know that their money was made illegally. Once [these top officials] lose power, they have to protect themselves and their children as well. And only people at the bottom of society, they somehow buy the propaganda, and their minds have been shaped by the propaganda. They believe in the country. Partly also because religion has been suppressed as a result of the divide in the country . . . The irony is, in China, the word for country and for state are the same word. So they don’t make the distinction. The state is the country. And who rules the state becomes the party, so the party rules the country.

WT: That is such a great answer. Thank you. We have one more question that we’d like to ask, and then we’re gonna sign off with you. But we want to go back to Tian, your main character. You’ve been talking about China’s preoccupation in government with stability and lastingness, but one of your character’s preoccupations is artistic durability, and even the title is A Song Everlasting—right?—over time. How is the desire to make art that lasts connected to the desire to make a political or moral impact? Or are those things at odds?

HJ:That means we have to write a really good piece of literature that can last. Otherwise, how can we justify that, when we write about other people’s suffering and misery? If we don’t produce genuine art, then we just utilize the other’s suffering? Right? A good example would be John Steinbeck’s The Grapes of Wrath. There were books written about the Dust Bowl migration and the Depression. And also, there was a lot of secondhand knowledge. He did not experience that. But he wrote a great book. So nowadays, when we want to re-experience that migration, we go to that novel. So what is the justification? It is his art that makes that experience live and last. So I think that’s the reason you have to produce good work that can justify and last beyond the words.

A Map of Betrayal

The Writer as Migrant

Under the Red Flag

The Grapes of Wrath by John Steinbeck

Transcribed by https://otter.ai. Condensed and edited by Hayden Baker. Photograph of Ha Jin by Dorothy Greco. 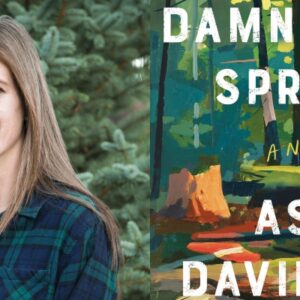 This week on The Maris Review, Ash Davidson joins Maris Kreizman to discuss her debut novel, Damnation Spring, out now from...
© LitHub
Back to top