I was born and raised in Rhode Island, a small colony approximately three hours from Park Slope. Despite my enduringly hard consonants and love of Tom Brady, I’ve lived south of the Mason-Dixon line since 2000 (though some of those years were spent in Washington D.C., which fluctuates between feeling Southern and feeling otherworldly, depending on what street you’re on and the day’s humidity).

When my wife and I moved to Atlanta in 2008, partly to be near her family, partly because we sought out a better place to raise ours, and partly because we both love sweating, I didn’t think much about what it meant for me as a writer. My first three books were set in different places around the country (Washington D.C., Washington State, the great Midwest), so I didn’t feel bound to a certain geographic muse. And given my freelance, employer-less lifestyle, I felt that I could live anywhere.

How charmingly naïve I was! (Note that this was one month before the financial crash.)

When I first entered an indie bookstore in the ATL that autumn, I noticed they had a large section titled SOUTHERN WRITERS. I suddenly feared that I didn’t belong. Would any of my books be placed on that shelf? Would the local literary community care about what I wrote? I lived in Georgia now, yes, but was I Southern? And did it matter?

Why did I own every Jonathan Lethem and Colson Whitehead novel, but had never read Ron Rash, Eudora Welty, or Tom Franklin? I could quote favorite lines by Jennifer Egan, Jay McInerney, and Arthur Phillips, but I’d never even heard of Daniel Woodrell, William Gay, or Beth Ann Fennelly?

Philip Roth will never be placed on a NEW JERSEY WRITERS bookshelf. He’s every bit the regional writer that Charles Frazier is, but the universality of Roth’s novels is assumed, whereas Cold Mountain (the namesake of which is approximately three hours from my new home) will often be found on a regional bookshelf.

Maybe it’s just marketing, or the simple fact that all the major publishers are as tied to Manhattan as fashion models and stockbrokers, or perhaps it’s the Southern inferiority complex, which persists even in an era where I can’t buy a biscuit without stumbling across a shoot for The Walking Dead or Rectify or Avengers 7.

This month I’m publishing my fourth novel, Darktown, which can accurately be called a Southern novel, as it’s set in Atlanta. But I hope it also has universal appeal, as it’s about the very hot topic of race and policing. Given what I’ve learned in my transition to Atlanta, I’d like to provide the chart below as a public service. Are you a writer wondering where you fit in? Are you tired of your apartment and the usual coffeeshop where you work, and you’re considering a major relocation? Are you at heart a Southern writer or a Brooklyn writer? I hope this helpful primer sets you on a path toward literary fulfillment, a sense of belonging, and a world free of cliché or stereotype. 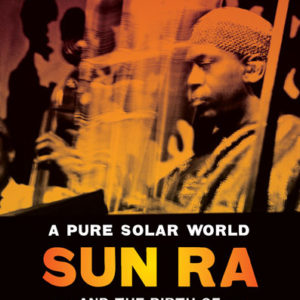