VIA BUT THAT'S ANOTHER STORY

Will Schwalbe Talks to the Host of The Gist

I read the title of the book. I immediately gleaned what he was talking about. If I had any question, the subtitle—“how life gets better while people feel worse”—I said to myself, yes! I do think that happens! And then I started reading reviews of the book and I said, ooh! This seems to be the sort of book that I’m interested in. And I should also say that what really popped out at me was not, you know, general trends about growing GDP, it was more the specifics, such as the fact that he writes about how whole states, like Florida, couldn’t even exist without air conditioning. And yet, no one walks around saying, thank God for air conditioning, it made Florida possible—but maybe we should.

Another example of that—acid rain. It had a very horrifying sounding name, and you can accompany it with visuals of things that have been rotted a little bit by the so-called acid rain. And acid rain was a problem—the rain was acidic because of pollution. And it was really reported like this is not only going to kill all these fish in a lake, probably we’re all going to die from acid rain. And it wasn’t hype. It wasn’t exactly irresponsible. If nothing was done, we would all suffer consequences of acid rain.

This has been the story of humanity—up until now. But the story of humanity, all the time, as there were problems is thinking that this trend would at this moment stop. That we’re definitely going to have a nuclear war. We’re definitely going to have acid rain kill us. But the thing is, something was done! Not because something’s always done, but because quite often, human ingenuity looks at problems of the day and solves them!

WS: And for Mike, reading Easterbrook’s book not only confirmed much of what he already believed about the world—but it also made him think differently about his own work.

MP: I thought he wrapped it up well! After reading it, I said to myself, yeah! This is not only a good book in the specifics and the execution, this is the sort of nonfiction that speaks to almost every other work of nonfiction.

What this book did is it gave me sort of a ballast or a master script to deal with why this keeps happening. Why we ignore progress that’s going on. Why it’s deemed less newsworthy. Why you’ve never read a story—I’m going to assume—most people have never read a story on how we conquered acid rain. So there’s 10,000 stories about acid rain and the problem and there’s not one story about, hey, remember acid rain? Was that really a thing? Here’s what we did to beat it. And so I started looking more for—looking a little more askance at the stories that were, this horrible thing is going to kill us, and more for the interesting wrinkle of a story that kind of explains the world outside of this paradigm of intractable problem.

WS: And even years after reading The Progress Paradox, Mike still believes in its message.

MP: 2004 is a good time to write a book about how good things are, because things are pretty good in 2004. So, you know, if you write a book at the peak or near the peak of the good times, it’s easy to say times are good and people don’t realize it. However, Easterbrook did come out with a book last year that really shows all the trend lines, in general, are improving.

WS: And when the news of the day dips towards the depressing, that’s what Mike reminds himself.

MP: Most of the time, we trend towards progress. And in some cases, we believe that, most of the people who are most of the people who are really worried about the state of our democracy today—and you should be worried, and you shouldn’t put your head in the ground, and by the way, if we don’t do anything—just like if we didn’t do anything about acid rain—good things won’t happen. So it’s concerned people like you, who are active and worried about the world who are making it a better place. But, most of those kind of people will believe things like, the arc of history bends towards justice. And it also bends towards progress. And it’s not always such a slow arc. I mean, the book starts with saying, what if your great-grandparents came back to America today, what would they think? They would find it a bountiful wonderland, essentially. I mean no material shortages—that alone! And a state like Florida which can be air conditioned.

Whenever I express this philosophy to other people, they very frequently jump to, well you’re just going to sit back and think that good things will happen? Absolutely not. I don’t think that. Easterbrook doesn’t think that. I don’t think the people who are worried about the progress of the world think that anyone should sit back. The point is, we as a, as a people, as a species, don’t sit back. So, lean in—don’t sit back. But absolutely believe that things are possible. I think it’s self-defeating and inaccurate to think that these problems can’t be solved and that good things are not only impossible but actually haven’t been the rule, rather than the exception.

But That’s Another Story is produced by Katie Ferguson, with editing help from Alyssa Martino, Alex Abnos, and Becky Celestina. Music for this episode was by Alex Abnos. Thanks to Mike Pesca, Mary Wilson, and Pierre Bienaimé. If there’s a book that changed your life, we want to hear about it. Send us an email at AnotherStory@macmillan.com. We’ll be back with our next episode in two weeks. 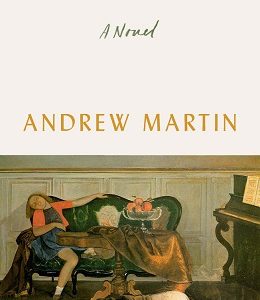 When Leslie was twenty-five, she lived in New York and, for longer than she should have, dated Todd. Todd was a playwright...
© LitHub
Back to top
Loading Comments...