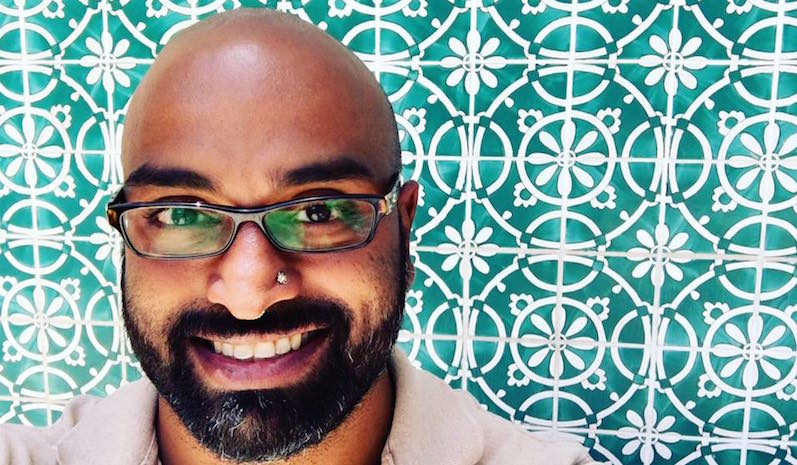 Rajiv Mohabir for His Memoir, Antiman

Restless Books is pleased to announce the winner of the Restless Books Prize for New Immigrant Writing, which each year will award $10,000 and publication to a first-time, first-generation American author, alternating yearly between fiction and nonfiction. The 2019 nonfiction prize goes to Rajiv Mohabir for Antiman, a hybrid memoir that blends essays and poetry and explores the author’s experiences as a Indo-Guyanese queer poet and immigrant to the United States. Antiman will be published by Restless Books in Summer 2021.

Rajiv Mohabir is the author of The Cowherd’s Son (Tupelo Press 2017, winner of the 2015 Kundiman Prize; Eric Hoffer Honorable Mention 2018) and The Taxidermist’s Cut (Four Way Books 2016, winner of the Four Way Books Intro to Poetry Prize, Finalist for the Lambda Literary Award for Gay Poetry in 2017), and translator of I Even Regret Night: Holi Songs of Demerara (1916) (Kaya Press 2019) (written about in Coolie Woman: The Odyssey of Indenture, by Gaiutra Bahadur) which received a PEN/Heim Translation Fund Grant Award. His essays can be found in places like Asian American Writers Workshop’s The Margins, Bamboo Ridge Journal, Moko Magazine, Cherry Tree, Kweli, and others, and has been a “Notable Essay” in Best American Essays 2018. Currently he is an Assistant Professor of poetry in the MFA program at Emerson College and the translations editor at Waxwing Journal.

Judges’ Citation
In Antiman, Rajiv Mohabir sets forth on a journey with few parallels in the history of immigrant literature. While tracing his ancestors’ peripatetic migrations from rural India to Guyana to Canada and the US, Mohabir examines both the bonds and disconnects between his American identity as a gay poet with the expectations and limitations of his diverse cultural inheritance.

Mohabir chronicles his global upbringing through a cross-pollination of literary genres—linear prose, various poetic forms, transcriptions of traditional myths, and simultaneous translations of family lore—that pays homage to the storytelling traditions of his family’s homelands while breaking new ground all its own.

More than a memoir, this brave and beautiful book is a tale of the resilience of the human heart, and of multiple family journeys across generations and four continents. With great intelligence and insight, Mohabir tackles questions of caste, ethnicity, and sexuality, spinning tales of tenderness and ignorance, of love and of longing for that mysterious place called home.

Rajiv Mohabir on writing Antiman
“ANTIMAN” is a Caribbean slur for a homosexual man that I reclaim for my own in this hybrid collection written as memoir. I was born in London, England to Guyanese Indian parents and moved to the United States when I was a toddler. My familial history is one of displacement and constant migration.

My great grandparents on my mother’s side and my great great grandparents on my father’s side were indentured laborers—unlettered coolies—who worked the British sugar plantations after the Empire abolished (officially) the slave trade in 1834. My own family came to South America in 1865, 1891, and 1894. My parents were forced into converting to Christianity to receive a colonial education and after completing some school moved to the United Kingdom and I have been moving ever since.

When we arrived in America, we lived in an immigrant community of Indians in Queens, New York City then moved to Orlando. My community is maligned for being homophobic, and as an Indo-Guyanese queer, my writing takes on the hybridity of my community: not exactly Indian, not exactly new to the Western hemisphere, nonfiction writing expressed not exactly in only one genre.

As I write this, presently in Trinidad there is a vote taking place to repeal the colonial-era “buggery” laws. Last summer in Guyana, my parents’ own country, the people voted to continue the oppression of queers nation-wide by making “buggery” a legal offense. My manuscript traces my own coming into my brown, queer body as an immigrant to the United States from an Indo-Caribbean community and refuses this silence with the speaker, a young poet, standing firmly in diaspora. I take a hard look at my community, my family, and the larger United States as I write these interlinked essays and poems in memoir mode.

The stories in this memoir take place from 2004 to 2009 and are set in Varanasi, India, Orlando, Florida, and New York City, written in English, Creole, and Guyanese Bhojpuri. I present myself as a young man deciding how to navigate his familial culture—one that he loves and connects with spiritually and one that seeks to cast him out from a family he knows. I understand the poetry of my unlettered grandmother’s folksongs as they transform me into a poet against the many cities I scrape my life from. As a result, I find a way to cycle my ancestral poetics into a new life, though fraught with tension, into a beauty that breaks up from the cement and sings across oceans.

Read an excerpt from Antiman. 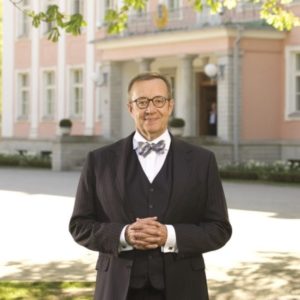 In this episode of Keen On, Andrew talks to Toomas Hendrik Ilves, former President of Estonia, about how the invention of the World...
© LitHub
Back to top