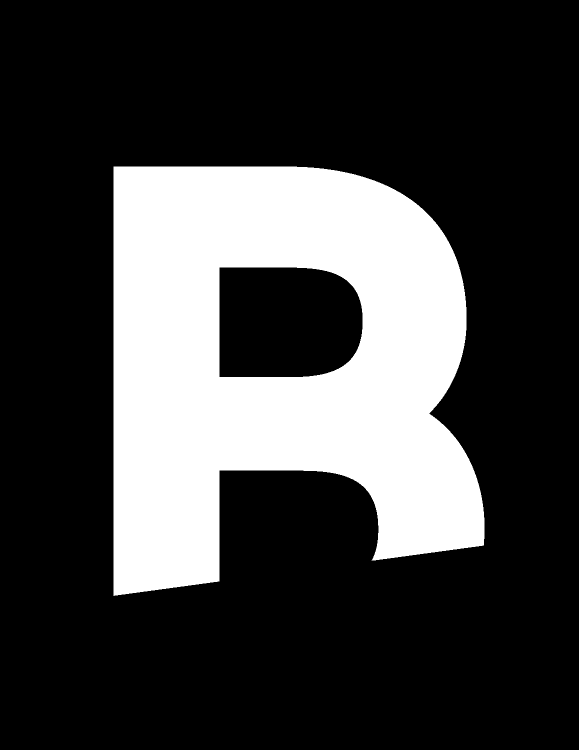 The following is excerpted from Antiman, the memoir that earned Rajiv Mohabir the Restless Books 2019 New Immigrant Writing Prize. Mohabir has written The Taxidermist’s Cut and translated I Even Regret Night which received a PEN/Heim Translation Fund Grant Award. Currently he is an Assistant Professor of poetry at Emerson College and translations editor at Waxwing Journal. Antiman will be published by Restless Books in Summer 2021.

We sat in Aunty Sonia’s living room, some of my cousins sipping tea and others brandy. It was winter, and the snow banks were taller than the car. Aji, my father’s mother, had recently cut her hair; her arms could no longer reach to comb it. It was so white, it sparkled blue and gold. She oiled her white tresses before twisting them into a bun that she piled on her head. Aji never wore her hair down; it was a wild Guyanese bird.

Aunty Sonia’s house was filled with laughter in English. My father, mother, sister, brother, and I loaded up the rental car and drove from Orlando to Toronto in a nonstop haze of coffee and calypso music blaring from the radio. It was Aunty Sonia’s birthday and she was having a simple celebration—only inviting her siblings, which, including everyone, worked out to be twelve families plus Aji. I was the only one who called my grandmother Aji.

Aji’s leaving Guyana was not of her own volition—she went where her children went. It was 1975; she had been widowed for ten years by the time her youngest left to go to school in Toronto. Her other sons and daughters had already left Guyana in pursuit of fortune to London and New York. The four—Aji, Aunty Sonia, Aunty Rani, and Pua—went to visit Toronto on tourist visas and overstayed. Pua married to stay in Canada and then sponsored Aji to move herself. Because Sonia and Rani were minors they were allowed to stay too.

Sita eventually told Ram that when he abandoned her in the forest that she was pregnant.

Aji acquiesced and left her mango and coconut trees, the hourie and gilbakka sea, the parrots and twa-twa birds in the sky, the black trenches filled with hassa-fish to grow bora and tomatoes on a concrete balcony in a Scarborough tenement. Aji left the Mahrajin, the pandit’s wife, the milkman, her brothers and sisters, her parosi, her neighbors, the colorful village gossip. She was caged here in an endless winter, friendless except for the Jamaican woman down the hall who had her own concerns. No one in the market was able to speak to Aji; she knew no “proper” English, was illiterate, and also called her Hindustani “broken.” And that’s how people treated her, like she was broken. When she arrived in Toronto her children told her not to speak her broken languages in public. “You must say CAAAAAAR, not CYAAAR,” one uncle used to say. It was better if she didn’t do anything to embarrass them.

Aji sat on the floor in Aunty Sonia’s living room. She wasn’t entirely able to follow her children’s and grandchildren’s fast English. Never did she light on the couch. Rather, she hunched over her plate of daal, rice, and bhaji on the floor and ate with her fingers. I sat next to her, chatting while she gnawed whole wiri-wiri peppers like candy.

This woman who has come so far lives in a place where she is like a bird with clipped wings, I thought. How is she able to never fully communicate with anyone because no one speaks all of her languages? Being so isolated in this hostile and racist place must be difficult for her—those stares from people in her building, the sideways glances from white Canadians upset that she is benefiting from the welfare system, her children who ignore her during their get togethers. She must feel like Sita, exiled from her own home, again. What does it mean to be completely dependent on a system that thinks you’re an idiot?

“But Aji, Ram bura rahi, Sita ke ban mein chhordawe khatir, na?” I asked her in Guyanese Bhojpuri. “Wasn’t Ram bad for what he did to Sita?” She used to love to tell the story of the Ramayana and I loved to listen. Ram abandoned Sita in the forest after she faithfully followed him into exile for 14 years instead of living like a princess. This was done when she was pregnant. It’s kind of like Aji being widowed at the age of 44, I thought—to fend for herself and her 13 children alone in Berbice.

“Yes, he was, beta. What men do in this world is awful. But what can a woman do?” she asked.

“Well, Sita eventually told Ram that when he abandoned her in the forest that she was pregnant with Luv and Kus and then asked Mother Earth to swallow her whole.” I piped up.

I was the only one in the house that could speak Aji’s three languages.

“True-true thing, beta, what Ram do no one else go do. He exile he pregnant wife.” She looked out of the window at the snow, which had begun to fall again. The flakes scraped the windowpane with their crystalline bodies. Some in clumps of 20. Some solitary yet ornate.

We sat looking outside at the snowfall for several minutes. “Ek go gaana sikhao, na, Ajiya?” I asked, “Teach me one song, na, Aji?”

Just then my cousin Steven walked in and sat next to me on the couch. Steven was ten years younger and had lived in Toronto his entire life.

Aji unfolded a song of separation and the loneliness of betrayal.

I spent many days like this, sitting and listening to Aji’s songs. I translated the best I could,

My eyes are clouds
nowhere is dry.
The three worlds are forever
soaked in grief.

I roam the earth
for signs in
wind and river.
When rain falls will I stay dry
my love has exiled me.

“So Sita is in the forest?” he looked around. He was raised Christian and was taught to shun everything Hindu. Just then Aunty Rani, Steven’s mother, walked past. She must have heard us say the name “Sita” because she poked her red hair into the room.

“What are you talking about?” her smile was acerbic and stung.

The cake was white. White as refined sugar. White as snow. White as English.

“Nothing—me na know what kine madness dis one a talk,” Aji replied before I could answer. She didn’t want to upset her daughter. Aji’s survival strategy: diminish yourself for the wants and needs of your children who want to assimilate.

“You mean, ‘I don’t know why he’s asking these sorts of questions,’” correcting her mother’s English. Her voice had an almost British lilt as she glowered at me as if to say: “don’t fill my son’s head with your Hindu nonsense.” She had come a long, long way from where she had once been.

It was time to cut the cake. Pua called us all into the kitchen, where she lit the ten candles on the cake. It was white. White as refined sugar. White as snow. White as English. Aunty Sonia blew out the small yellow flames that flickered and died, releasing their last breaths of smoke: white and curly. Outside winter kept brushing its feathers against the doors and windows.

Everyone: my cousins, aunts, uncles, mother, father, brother, and sister took the white cake deep into their intestines. We were warm inside drinking tea and sugaring ourselves. We ate cake and licked the frosting from plates and forks. We laughed and painted our lips in white frosting. We curled our tongues around the frills, the letters on the cake that read “Happy Birthday Edith.” Edith was Aunty Sonia’s “Christian name.” We spoke fast English with correct grammar, my Canadian cousins with the proper “Ehs” and us Floridians with the requisite “y’all’s.” It was a blizzard of ascendancy. My father and his siblings must have thought, “We no longer live in the village and only dream of eating cake. This is our own cake.”

Aji was eating her daughter’s “Christian name” in the next room when I came in and sat next to her. She ate with her hands.

“Raimie! Come!” I could hear Aunty Sonia calling for me from her couch. It was time for us all to sing. Usually during these events Will-Phupha brings his guitar and everyone assembled sings old calypso songs. “You can’t leave until you sing us all a Hindi song,” Aunty Sonia said half genuinely and half testing me to see if I actually knew any.

I sat on the crushed velvet couch and wiped my sweaty palms on my jeans. The afternoon sun was now looking into the window where I sat, my aunts and uncles encircling me. There was silence. What song should I play? Everyone wants to hear something that they know, or something that’s current. Maybe I should play “Mere Sapno Ki Rani” or “Suhani Raat.” These were crowd pleasers. All of my Puas sat forward in their chairs. I thought of Aji and how she was listening from the floor of the next room. I started to pick the chords, Am, G, Am, G. I caught the rhythm began,

Aji unfolded her legs and rose. She walked in her empire-waisted floral print frock and shuffled into the room where we all sat in her music. She sat on the couch next to me. She sang with me,

Tears glinted like Sita’s golden deer in my Puas’ eyes. They sat mouths gaping. How did Ma know this song that Raimie is singing? Maybe she saw it on a Hindi film, but that’s impossible, Ma only knows broken Hindi, I imagined they thought. Finally Aunty Sonia spoke, “How does Ma know this song?” They were amazed that their mother knew such a beautiful song. She shook her head in disbelief.

“This is Aji’s song, not mine.” I answered, gesturing with my head at Aji who now shared this crushed velvet with me.

“Me mummah been sing dis song come time fe plant rice,” Aji said. It’s a work song, a song that women sang from the rice fields, that Aji and I sang now from a middle-class living room in Brampton, Ontario. I thought of all the women who sang this song once. How it was important for both the work and expressing the sadness of leaving their father’s homes, for leaving their India to come away to Guyana, and now, how Aji sang this song of bitter separation having left her home for the snow.

Aunty Sonia began, “Wow, you’re a real Indian Cat Stevens.” It was her way of diminishing Aji and myself, jealous that her own children didn’t know Aji the way that I did.

It didn’t matter. Aji was perched on the couch next to me growing back her tropical plume. 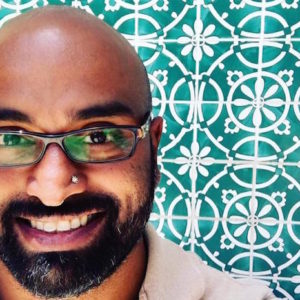