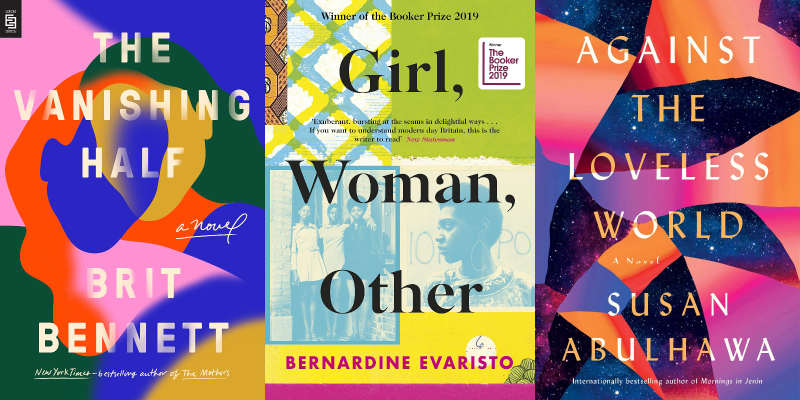 In this episode of Reading Women, the full team—Kendra, Jaclyn, Sachi, and Sumaiyya—is here to reveal the shortlist for the 2020 Reading Women Award in fiction.

On The Yield by Tara June Winch:

Jacyln: In itself, it’s a real celebration of language because one of the threads is told through this dictionary of the Wiradjuri language. It’s such a creative and clever way to tell a story and to bring in so many ties and movement within the plot itself. This has been a book that’s been very widely celebrated in Australia. It has won the 2020 Miles Franklin Literary Award, and it was also shortlisted for the Stella Prize, among a myriad of other literary awards. And very happily, it is now available in the US. So we’re very excited to see more international readers pick up this book and fall in love with it too.

On The Vanishing Half by Brit Bennett:

Sumaiyya: We follow these characters through some of the most meaningful and life-altering moments and also some of the smaller moments that may not seem significant but contribute to a strong sense of who they are and the world they inhabit. The novel also examines passing or transforming, mainly through race and also through gender and class. This book is on our list because Brit Bennett has written a compulsive and thought-provoking multigenerational family saga, and her storytelling is rich with detail, dialogue, and dreams. It’s definitely one of the best books of the year, as I’m sure many people will agree, because I’ve seen so many people pick this up. It’s been really nice to see the love that this book has gotten from the community.

On How Much of These Hills Is Gold by C Pam Zhang:

Sachi: So many people had said, “It doesn’t matter that you don’t like Westerns, you’re going to like this.” And I was like, “Watch me. I’m not going to like it.” And I picked it up and got not even halfway through, and I was like, “Oh, this is so incredible.” This really, really exceeded my expectations. I think part of that is because Asian Americans are very much lost and forgotten in the Western genre. And if you put them in the center of a story, and you really feature their experiences—because in case anyone didn’t know, Asian people did exist in the American West, in eras like the gold rush—when you put their stories in the center of a narrative, it turns out I really like it.

On Even As We Breathe by Annette Saunooke Clapsaddle:

Kendra: As an Appalachian person, I’m always seeking out new books from Appalachia, and I’m always looking for that sense of place and the beautiful storytelling traditions in Appalachian literature. You can definitely see that in this book and the way that Clapsaddle handles the storytelling, the writing, the way that she talks about her own heritage as an Indigenous woman. I am just so impressed by this debut novel. I think she really is a stellar voice in Appalachian literature and in literature in general, and I cannot wait to see what she writes next.

On Girl, Woman, Other by Bernardine Evaristo:

Jaclyn: It’s a celebration of how diverse identity itself can be, particularly exploring Black identity in Britain. One of the things that I heard in a interview with Evaristo was that she describes her work as a “fusion fiction” because of this overlapping style and the way that she incorporates more poetic writing and has this overlapping flow to her work that’s not in short stories or interconnected stories in that sense. It is a novel, but she plays with sentence structure and punctuation in such a creative way. For example, there’s no full stops, so there’s a really distinct flow to her book that I think readers will connect with.

On Against the Loveless World by Susan Abulhawa:

Sumaiyya: If I had to sum up why this book is on our shortlist, I’d say it’s because of the powerful scope of the work. Susan Abulhawa goes in deep to explore the life of one Palestinian woman, her fight for herself, her fight for her family and for the Palestinian nation. There’s profound strength in Nahr’s character because she’s up against powerful forces, yet she shows grit and determination and also great dignity in the face of adversity. She’s a fierce, unstoppable woman who’s fighting against multiple systems of oppression, from misogyny and patriarchy to violent oppression and genocide. 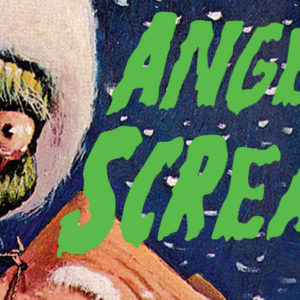 It's the holiday season and since folks are getting a head-start on their shopping, we opened the phone-lines to some of our Patreon...
© LitHub
Back to top