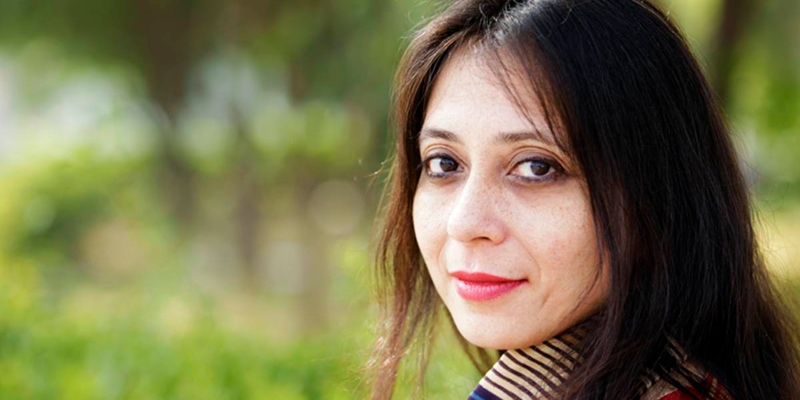 In Conversation with Naveen Kishore
on The Quarantine Tapes

On Episode 179 of The Quarantine Tapes, guest host Naveen Kishore is joined by writer Annie Zaidi. Naveen reads from Annie’s new book, titled Prelude to a Riot, and the pair discuss Annie’s love of all writing disciplines. Annie discusses her tendency toward quiet, the importance of listening and reflection, and her personal journey toward self expression and self awareness.

Annie and Naveen share stories about life growing up, particularly in India, and what kind of effects archaic laws of censorship, and little support for the arts, have on communities. The two discuss the interesting role theater plays in a culture, and how important it is for artists to find solidarity and gather together for collective action, to build communities, and form new ways of growing, together.

Annie Zaidi: The thing with calling-out culture is that it does not affect people who are, in any case, not wanting to respond to your critiques. For example, if you critique a patriarchal film, the makers of the patriarchal film are unlikely to be affected because they know why they’ve made it. If you critique a person for their transphobia, for instance, if they are genuinely transphobic, the chances of your critique influencing them in some way are very small. Not that anybody is not influenced or affected by other people, but the chances are small. The people who are most likely to be affected are people who do, in some sense, remain receptive to critics, want to change as much as you do in society.

So I think sometimes the way in which debates and criticism is framed is often quite hostile. And I find that when I frame my critiques, I like to just think a little bit about what is the nature of my critique and what is the other person actually like, or what impression do I have of the other person? Is this person essentially hostile to me?

I think that when we, especially in an anonymous framework, especially on the internet—and because we consume so much internet news, views, opinions—I have begun to feel a little bit like that it does have some kind of freezing impact on authentically open debate and critiques. So that is one part of my fear for sure.

Apart from that, of course, there are all other kinds. If you are in a highly patriarchal environment, as I am—in fact, India is quite a patriarchal country—there are other fears around that, too. I really do have to gather up my courage to say things, because it’s not just about how a fringe group might react. It is actually about how your neighbors will react, how your relatives might react, how your colleagues might react, whether your opinions will make them respect you less. All these things.

Annie Zaidi (born 1978) is an English-language writer from India. Her collection of essays, Known Turf: Bantering with Bandits and Other True Tales, was short-listed for the Vodafone Crossword Book Award in 2010. In addition to essays, she also writes poetry (Crush, 2007), short stories (The Good Indian Girl, 2011), plays and has published a novella. She won The Hindu Playwright Award in 2018 and the Nine Dots Prize in 2019 that included a cash prize of $100,000 for her work Bread, Cement, Cactus—combining memoir and reportage.

Naveen Kishore is the founder and managing director of Seagull Books, a publishing house located in Calcutta, India, which began primarily as a response to the growing need for an Indian publishing house focused on theatre and other arts. Seagull Books has translated just about more foreign literature than any other major publishing house in the world. He was the recipient of the Goethe Medal and the Chevalier Ordre des Arts et des Lettres. Kishore lives and works in Calcutta. 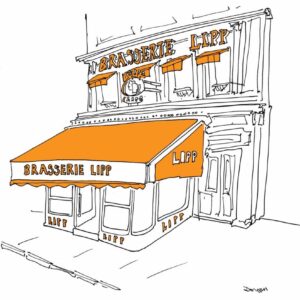 Drawings of Brasserie Lipp by John Donohue My late husband was a man named Sasha Petraske. He started a New York bar called...
© LitHub
Back to top