A Close Reading of William Gass's "The Pedersen Kid"

Not long ago I read a collection of essays by contemporary British writers, edited by Antonia Fraser, The Pleasure of Reading (1992). The childhood experiences that brought these writers to books were remarkably similar: illness with long weeks abed, parents who read aloud, awkward appearance or shy character that sent the child to the refuge of books. Many wrote that they were perversely attracted to frightening or sordid books, disliked books with youthful chum characters, and, above all, quickly developed an insatiable greed for the worlds and people found between book covers that was only tempered in adulthood by a maturing sense of value and perhaps the knowledge that one could not read everything.

I suffered no serious childhood illness, but my mother read to me and invented stories. I learned to read when I was four and assigned characters and personalities to the letters of the alphabet, particularly the capitals, which I saw as heroic—and to numbers, eight with its treacherous personality, seven in a sweeping cape. I was drawn to the Gustav Doré illustrations of Dante’s Divine Comedy, turned again and again to Ugolino gnawing Ruggieri’s head. I despised the girl mysteries and I read obsessively. When I was eight Jack London’s Before Adam came my way, a vivid story of a prehistoric clan dominated by the brutal Red Eye who took females by force and intimidated or killed the other males. The black buckram cover influenced my choice of library books for years until I read Nordhoff and Hall’s Mutiny on the Bounty bound in tropic beach-sand beige. I read ferociously all that came my way.

I suppose the indiscriminate wolfing of books might have gone on, but high-school Latin slowed reading down and I began to turn over in my mind the images and ideas that rose from the page and the words and sentences that carried them. I noticed there were styles and architectures of writing aside from rational and logical unfolding, that there were meanings that lay not on the page but in my own perception. In those days I valued fiction less than accounts of the lives of Chinese poets or books about cheiromancy, farrier’s tools, windmills.

In the late 1960s I crossed some kind of line. In the hours it took me to read William Gass’s long story “The Pedersen Kid” I understood for the first time that fiction possessed curious powers, though of what they consisted and how they were manifested I barely sensed and could not explain. At first this story gave me the sensation of examining a fine cabinet, looking for the subtle joinery of the story’s parts, the inlay of punctuation, searching out secret panels. Although I had experienced the reader’s tranced condition many times before, this was the first occasion I became aware of it and myself in it, experiencing season and place as strongly as though I, too, lived inside the story with these terrible people; I read in a chill blue light that emanated from the page itself. I knew nothing of the author then, did not know he seined the world through philosophy’s nets, nor that he had written a celebrated novel, Omensetter’s Luck, knew nothing of his critical essays, nor theories of fiction, only that here was a piece of work that gave very much.

As the years passed it was clear enough that the powers of fiction were, in the hands of more ordinary scribblers, quite dilute. I read Gass’s other stories, Omensetter’s Luck, On Being Blue, critical essays, and then his novel The Tunnel, rising likea great pyramid from the plain of American literature, even a few reviews by meat-and-potato critics who categorize Gass as an acquired taste, not for olives, but monkey brains. But what follows is neither a discussion of Gass’s writings nor literary commentary, but an anecdote of personal recognition.

“The Pedersen Kid” remains for me one of the two most powerful stories I have encountered (the other is Seumas O’Kelly’s “The Weaver’s Grave”). By powerful I mean that my mind has returned to these stories again and again for many years with undiminished interest.

“The Pedersen Kid,” like Gaul and the Trinity, is divided into three sections. There are no quotation marks to set off the dialogue, so that sometimes the speech between characters serves as silent observation or interior monologue, adding complex, chromatic layers to the exchanges between characters. The wide gaps within and separating certain sentences, a device of poets I did not recognize when I first read the story, pictorially indicates the physical stillness of the adolescent narrator Jorge—waiting, listening, figuring; and these gaps imply not hesitation but a canny sorting-out, a gauging of strategic position. All the characters, even the pecked-hen mother, are cunning, all, mother, father, son, hired man, horribly linked to one another in a dyscratic form of the midwest rural family.

Old Magnus the father is a brilliant hider of whiskey bottles; yet the cringing mother knows where one is secreted and fetches it to resuscitate the neighbor’s child, the half-frozen Pedersen kid discovered in the snow near the corn crib, now naked and unconscious on the kitchen table, his skinny behind in the slick and sticky bread dough. An expectation flares in Jorge and Big Hans that the fetching of the whiskey means the mother will finally confront Magnus, and when that expectation fades they anticipate Magnus’s rage when he learns the hen has scratched out his bottle. And Big Hans, hired man and instigator, how sly he is, rubbing and rubbing the naked Pedersen kid’s body under the guise of warming him.

The seemingly solid narrative sways, twists on itself, not just in a Ripley’s believe-it-or-not exclamation that anything is possible.

The savage climate, the landscape empty of everything but random snowdrifts and two remote farms, is at once the arena where the events of the story occur and the force that drives the events. It is a story that twists the rural myth of good neighbors, for Magnus hates old Pedersen, “that cock. That fairy farmer.” Everything is counted and measured with hard, suspicious eyes: the distance between the two farms, the strength of the blizzard, the strangeness of the Pedersen kid’s journey, and Big Hans’s discovery of him.

Although Jorge is clinically interested in watching the Pedersen kid die, he is relieved that Big Hans found him or he, Jorge, losing at the drift game, might have stepped on the rotting corpse in the spring. The Pedersen kid revives and utters an ominous list: Mackinaw, cap, yellow gloves, and gun. And so we learn someone has put the Pedersen family in their cellar.

In the second section Big Hans and Jorge carry guns, Magnus a bottle of whiskey, and they go with horse and sleigh into the intense cold that follows a blizzard, steering through the deep prairie drifts toward the Pedersen farm to tell them the kid is saved, to find out what has happened. The road disappears, the horse bogs in a drift, and now Magnus drops his bottle in the snow and forces Jorge to paw for it, an impossible task like the tests set for youngest sons in Märchen. The horse lunges and breaks a trace, and when it pulls again the sleigh runner must crush the bottle beneath it.

Difficulty piles on danger: the stunning cold, the smokeless chimney, the discovery of a dead horse—not Pedersen’s horse—Jorge fooling with the gun and aiming it, the digging of a futile tunnel to evade the eye of Yellow Gloves, Jorge’s bold run across the open yard to the house where he shouts All Clear, and then the shots.

The reader must play the drift game as well, treading on the seemingly solid surface only to sink and feel something awful beneath the feet. The sleigh of the story rips into a hole. Did Yellow Gloves or Jorge or both shoot Big Hans and Magnus? I was satisfied it was Jorge, for in thinking how he would bury the dead he adds “and even ma if I wanted to bother.”

Some years later when I read the story again I saw I had missed everything. In the final section of “The Pedersen Kid” Jorge is alone in Pedersen’s kitchen, drowsy with the heat of the fire he has made, the Pedersens probably dead in the cellar, Big Hans and Magnus probably dead outside, and he envisions the one with yellow gloves riding the stolen Pedersen horse to the other farm, envisions the man entering the home kitchen where once more the story begins, where Big Hans and ma and the Pedersen kid repeat their actions but in the company of the gloved character. Jorge thinks, “They’d disappear like the Pedersens had. He’d put them away somewhere out of sight for at least as long as the winter. But he’d leave the kid, for we’d been exchanged, and we were both in our new lands.”

This mobius-strip scene is working in the reader’s mind when the story vaults again, back to Jorge in the Pedersen farm kitchen, Jorge to whom it seems the unseen one has returned, the stolen horse circling through the drifts of the featureless plain and the snow (for the storm has begun again as well), coming home to Pedersen’s barn. Jorge scrabbles around, trying to put out the fire before the rider notices the smoke: “The wind whooped and the house creaked like steps do. I was alone with all that could happen.”

I was alone with all that could happen.

There it was, what I had not seen years earlier, a profound, disturbing, and exhilarating sentence that applied to the characters, the writer, and the reader, for each is alone with all that can happen. Characters can be exchanged. The unknown and unknowing one can ride up on his circling horse, a black horse can or can not have two brown hind legs. Oppressors are shot or imagined shot. The beginning begins again, the end is the beginning. The seemingly solid narrative sways, twists on itself, not just in a Ripley’s believe-it-or-not exclamation that anything is possible, nor through the shifting focus of varieties of truth as in Akutagawa’s “In a Grove,” nor in deconstructionist denial of Meaning in a narrative undercoated with many meanings, nor through the magic realism of, say, Kafka’s “A Country Doctor,” nor through the convoluted and elaborate fictional mazes constructed by Turkish novelist Orhan Pamuk, nor as the story-wrenching falcon of fiction multiplied to skydarkening flights, but something slyer, more ironic and funnier than all of these, a situation of deep play and high risk that depends in considerable measure on the interpretive construction of the reader.

For me “The Pedersen Kid” illustrates the difficult and absurd effort in telling any story because of all that could happen. This rich, dark joke that lurks behind fiction has my attention. 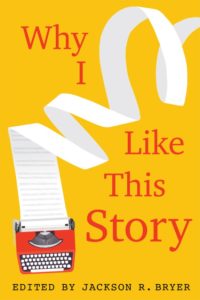 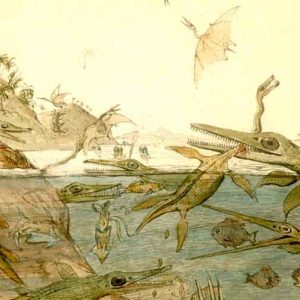 William Harlow Reed was walking home from a successful antelope hunt during the summer of 1877 when he stumbled across several...
© LitHub
Back to top
Loading Comments...