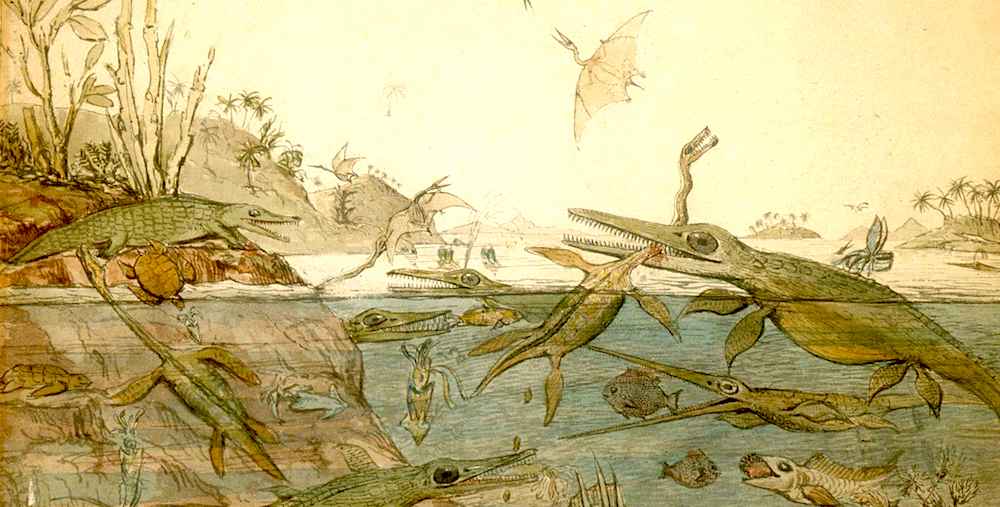 In 19th-Century America, Rare Old Bones Were a Resource Like Any Other

William Harlow Reed was walking home from a successful antelope hunt during the summer of 1877 when he stumbled across several large fossil bones weathering out of a hillside near Como Station in southeastern Wyoming. At the time, Reed was employed as a section foreman by the Union Pacific Railroad, which meant he was charged with maintaining about ten miles of track. Although the proud frontiersman would later deny it, he did not at first recognize the gigantic bones he had found to be those of a dinosaur. He did, however, realize they might be important. And before long, he got an inkling they might also be worth a considerable sum of money. Just how much money would turn out to be a matter of contention, however.

A few weeks later, Reed shared his discovery with the stationmaster at Como, William E. Carlin, and the two men decided to sell the bones. They contacted the noted American paleontologist Othniel Charles Marsh, who had visited Como Station several years earlier to collect specimens of a curious salamander that locals referred to as the “fish with legs.”

In their initial letter to Marsh, Carlin and Reed made it clear they were principally after money. “We are desirous of disposing of what fossils we have and also the secret of the others,” they wrote, explaining, “We are working men and not able to present them as a gift, and if we can sell the secret of the fossil bed, and procure work in excavating others we would like to do so.”

Just in case that was not sufficiently clear, the two men reiterated the point toward the end of their letter, stating, “We would be pleased to hear from you, as you are well known as an enthusiastic geologist, and a man of means, both of which we are desirous of finding, more especially the latter.” Tellingly, Carlin and Reed were deliberately circumspect about the precise location of their “secret” discovery, saying only that they had found “a large number of fossils” in an area “not far from this place.” Divulging too much information was risky because Marsh might decide to avoid paying them by excavating the quarry himself. The cagey tone of their missive thus stemmed from an anxiety to protect their intellectual property and guard against others profiting from their discovery. To that end, Carlin and Reed used only their middle names—Harlow and Edwards—in

their first correspondence, which they posted from Laramie rather than Como Station in hopes of further concealing the precise location of their valuable find. Fossil collectors and paleontologists often looked to transactional practices from the mineral industry for negotiation tactics designed to exploit rather than overcome the deficit of trust between the two parties.

Carlin and Reed did not know it, but theirs was actually one of three separate dinosaur quarries independently discovered in the American West during the summer of 1877, none of which was found by a trained paleontologist. Rather, they were all located by people who were driven, in large part, by pecuniary motives. Besides Carlin and Reed, there was a clergyman and mining engineer from Morrison, Colorado, named Arthur Lakes. The third was a schoolteacher, Oramel Lucas, who found a rich deposit of fossil bones in Canon City, Colorado. Together, these three quarries would yield tons of valuable fossils belonging to dozens of new species, including some of the most famous dinosaurs of all time: Brontosaurus (now sometimes called Apatosaurus), Stegosaurus, and Allosaurus, a close relative of T. rex. The year 1877 revealed the American West to be a paleontologist’s El Dorado, bringing it to the attention of the international scientific community and establishing the United States as a leader in dinosaur research, publication, and display.

In much the same way that the remarkable rise of the United States as an industrial powerhouse was partly a consequence of its rich storehouse of natural resources, the success of its paleontologists largely derived from their access to abundant fossil resources. In the wake of the 1877 discoveries, it was quickly agreed that the largest, most spectacular, and most complete dinosaurs hailed from the United States. But the good fortune of paleontologists such as Marsh was neither an act of God nor a product of nature. Instead, the almost mythical status of the American West as a land of geological plenty grew out of the development of a booming extractive economy. Directly or indirectly, it was the mineral industry that brought people like Reed to the Rocky Mountains, and it was the hope of striking it rich that supplied an incentive for them to scour the landscape in search of a promising prospect. The rapid development of American paleontology and the remarkable expansion of its extractive economy thus went hand in hand, mutually informing, promoting, and reinforcing each other.

The emergence of the United States as a world center for dinosaur research was materially bound up with its bourgeoning mineral industry. But that does not mean transactions such as the one between Marsh and Reed always went s

moothly. On the contrary, the exploitation of the region’s abundant resources (fossil and otherwise) often brought with it a great deal of social friction.

Because buyers and sellers tended to be separated by thousands of miles, and because they sought to exchange something that was buried deep underground, the information required to determine a discovery’s value was extremely hard to come by. Before a specimen was disinterred, paleontologists could not know how complete it was, nor whether its bones were of high quality. This made them suspicious of prospectors like Reed, who had a financial incentive to misrepresent a discovery in hopes of inflating its value. To make matters worse, buyers and sellers usually did not know one another personally, which made it difficult for them to form relationships based upon trust. In the face of these difficulties, fossil collectors and paleontologists often looked to transactional practices from the mineral industry for cues on how to behave. Notably, these included negotiation tactics designed to exploit rather than overcome the deficit of trust between the two parties. The booming extractive economy of the American West therefore not only shaped the material context in which dinosaurs were discovered. It conditioned the social networks in which they circulated as well.

What made dinosaurs from the American West special was not only their immense size, teeming abundance, and relative completeness. It was also the manner in which they came to circulate through the scientific community.

While the 1877 discoveries were an epoch-making event in the history of paleontology, these were not the first dinosaurs ever found. In fact, the first such discoveries took place in England some 50 years earlier. At that time, however, dinosaurs were seen to be far less noteworthy than other prehistoric creatures, especially marine reptiles such as the ichthyosaur and the plesiosaur. Nor was 1877 the first time that fossils were traded for cash. The purchase and sale of natural history specimens was a fairly routine practice going back to medieval crusades and Renaissance voyages of discovery, if not before.

What made dinosaurs from the American West special was not only their immense size, teeming abundance, and relative completeness, although those features certainly mattered a great deal. It was also the manner in which they came to circulate through the scientific community. In particular, while long-distance circuits of exchange had long brought collectors into contact with naturalists, the traditional codes of civility that usually structured both commercial and epistemic exchanges in the scientific community did not obtain in the proverbial Wild West. Thus, negotiations about the 1877 discoveries were about far more than simply establishing a mutually satisfactory price. They also indexed the creation of a new market, one that was embedded within a specific cultural context and functioned according to a distinct economic logic.

On the mining frontier, dinosaurs were often treated like any other scarce resource one could dig out of the ground, such as gold, silver, or coal. This meant that in place of the shared codes of civility that traditionally structured scientific exchanges, the fossil trade was instead shaped by business practices that prevailed in the mineral industry. In particular, whereas trust had long served as a preferred means to promote the free flow of information among members of the scientific community, the mineral industry was notoriously plagued by deception and fraud.

While trust was not entirely absent on the mining frontier, it functioned as far more than a condition of possibility for fruitful exchanges to take place. Rather, it came to be seen as a scarce resource in its own right, and it was treated as such by self-interested agents who sought to exploit its absence for strategic gain. In a world where trust was crucial but also in short supply, success came to hinge on the ability to overcome a competitor’s privileged access to information while leveraging one’s own. This proved to be just as true in vertebrate paleontology as it was in the mineral industry. 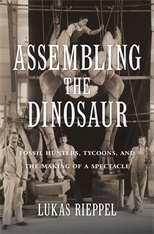 Excerpted from Assembling the Dinosaur: Fossil Hunters, Tycoons, and the Making of a Spectacle by Lukas Rieppel, published by Harvard University Press. Copyright © 2019 by Lukas Rieppel. Used by permission. All rights reserved.

Lukas Rieppel is the David and Michelle Ebersman Assistant Professor of History at Brown University. He has held fellowships from the Max Planck Institute for the History of Science in Berlin, the Charles Warren Center for Studies in American History at Harvard University, the Science in Human Culture Program at Northwestern University, and the American Academy of Arts and Sciences.

What Was Hemingway Doing in Cuba During World War II? 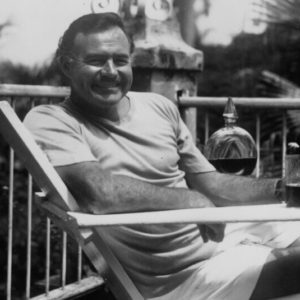 What Was Hemingway Doing in Cuba During World War II?

World War II spread its appendages around all facets of human affairs. With everything at stake, war powers amped up to collect...
© LitHub
Back to top
Loading Comments...