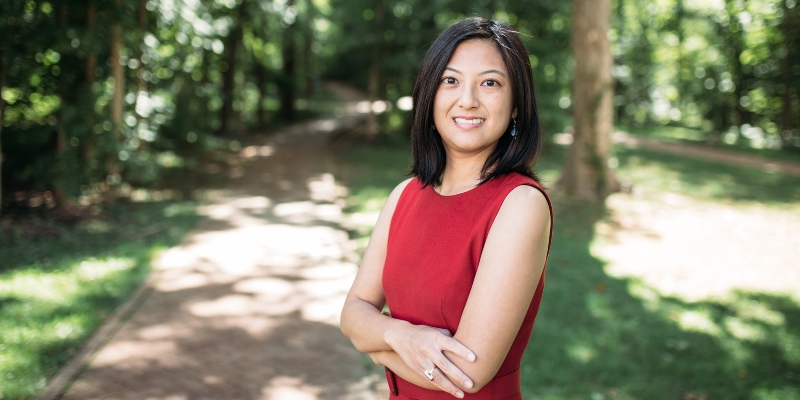 In “Sisters” by Anna Cabe, the author invokes the feeling of hearing a fairytale you think you know, but forget the ending to. With tight sentences and a delicious use of repetition, Cabe exercises careful control over her prose as the story slowly unfolds into surrealism. Much like children that become absorbed in their make-believe world, Cabe slips us into a world that is like ours in some ways, but different—it is larger, more exciting, and anything could happen next.

Listen to Anna Cabe read “Sisters” on Micro.
Subscribe and listen in full, wherever you get your podcasts!

KR: A craft element that really adds to the surrealness of this piece is, for me, the repetition of “sisters” until the end. It almost turns it into a rhyme or chant. Can you talk about how you decided on using this repetition?

AC: It’s hard to explain! To start with, the piece was inspired by a prompt by Fatimah Asghar, about using a memory that didn’t happen and then pushing the imagery into the unreal or surreal. The seed was from a memory I had of being on the beach, of being furious because I was trying to dig a lake for my toy submarine to swim in and an older person I didn’t know kept burying it. A relative later told me they had no recollection of the event or people I described, but those intense emotions lingered.

KR: Something I love about this piece is the way it slowly unfolds—each line feels like it could have a million different directions. I think part of that is because this piece is rooted completely in the physical, without any internalness from the characters. When you were writing this, was there ever a moment where you considered sharing their thoughts, or was the plan always to have it be oriented around the action?

AC: The way you just described it is the way I wrote it! At the time, I was taking a flash workshop with a mix of prose writers and poets, and the form was new to me. Writing this piece was an exercise akin to me attempting poetry—I wanted to focus on image, action. Actually, you can also think of it in terms of the classic fairy tale, as delineated by Kate Bernheimer, where the form—“flatness, abstraction, intuitive logic and normalized magic”—in a sense, is the point.

KR: Did you ever bury things as a kid?

AC: Yes, as I mentioned, this is based on a maybe true/maybe imagined memory. I grew up spending summers at Lake Michigan and spent a lot of time digging, building, and molding sand creations on the beach. There’s still something so purely creative about those childhood summers:  no smartphones, no cable TV or WiFi, no adult obligations, no making things for others to consume. All I had to do was play with my siblings and cousins, building sandcastles and imagining games around these structures.

KR: The end has a split: the sisters part ways. How did you decide on this ending?

AC: Well, I followed the images, the logic of the sentences and actions. Since this piece is rooted in the literalness of childhood, the way you play-act and imagine scenarios—often what you think adulthood might be like—it just made sense that at the end, the sisters stop playing. They go their separate ways, into these scenarios that they’ve made real.

AC: When I brought this to workshop and since I had little experience with flash and poetry, this piece was in paragraphs and was formatted more like a traditional short story. It was the poets in class who told me to play with the shape itself, so I ended up removing all the indentions and paragraphs and treating it like a prose poem, in a block form. I think that added more energy, a sense of breathlessness. Then, I refined the details, especially the last few lines. For instance, one of the descriptions of the sisters’ departure used to be “Followed by bubbles.” The tone wasn’t quite right, and when I changed it to “Followed by white foam,” it felt like a more apt parallel for “Followed by dust clouds.”

I sent this out to a few different indie journals which emphasize flash, but I’m happy it ended up with matchbook. Another person in my MFA cohort had published there, which is how I found it. I loved the simplicity and focus of the magazine, that only one piece is published every two weeks, that the authors have some space to explain themselves.

Actually, I miss writing micros, flash, and poetry, because before I went into the MFA, all my writing was baggy. Flash and poetry classes taught me concision, how to be more precise and controlled in my language and syntax, and my fiction became so much better for it. Now that I’m deep into novel revisions, once again, all I can do is write expansively!

Anna Cabe’s work has appeared or is forthcoming in Slate, Bitch Media, Vice, decomp, The Masters Review, Slice, StoryQuarterly, Gordon Square Review, The Toast, Jellyfish Review, SmokeLong Quarterly, and Fairy Tale Review, among others. She received her MFA in fiction from Indiana University and was a 2018-2019 Fulbright Fellow in the Philippines, where she worked on a novel about martial law. She is currently a fiction editor for Split Lip Magazine. You can find Anna at annacabe.com.

Kirsten Reneau is a writer, teacher, and interviewer. She received her MFA from the University of New Orleans in 2021 and lives there now with her dog. Her personal work can be found online at http://www.kirstenreneau.com.
Anna CabeKate BernheimerKirsten ReneauLit Hub RadioMicropodcastspoetry
Share: 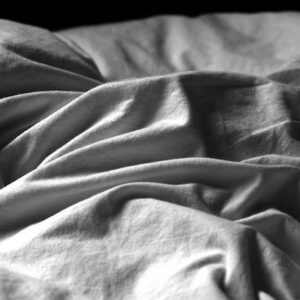 The following is excerpted from Melissa Febos' Body Work: The Radical Power of Personal Narrative and appeared in Lit Hub’s...
© LitHub
Back to top