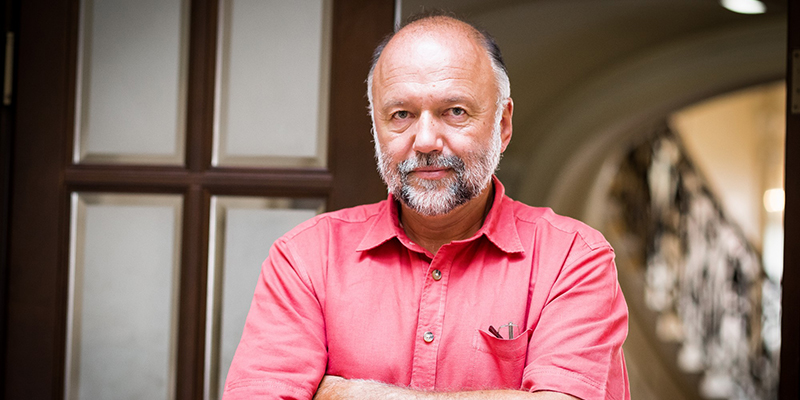 The missing piece in the Ukraine crisis, you begin to notice, is that vast grain field and the 45-million people who live on it. The real players in the crisis are NATO, just west, and Russia to the east, and of course the fretful US across the ocean. But who speaks for the Ukrainians? And what would make life better for Ukrainian people? They chose independence and a democracy for themselves after the Soviet Union fell apart in the early 90s—but for 30 years now they have not found real prosperity or political stability. What is the secret of Ukraine, which Mr. Putin says is Russia’s “brother” but then, he adds, it’s not a real nation at all? Ukrainians, says one of their leading novelists, are people of rare humor and vitality who in private—and national life, too—want more than anything to be left alone.

In this episode, Andrey Kurkov, one of Ukraine’s leading novelists, discusses what Ukrainians are going through in what is called the Ukraine crisis but has so few Ukrainian voices coming out of it. In Russia’s alienated “brother” nation, they’ve been waiting for most of a month for Vladimir Putin’s guns. But are they heard in the talks to lift the Russian siege? Do they see a way out, for themselves, for a world on edge? Andrey Kurkov is just outside Kyiv, a popular writer of many books, an independent thinker. He writes in Russian, and it sounds like he thinks and feels in Ukrainian. What would we be picking up this week with his friends and neighbors—these Ukrainians we don’t know well enough?

Andrey Kurkov: Ukrainians are usually building paradise in their families and their houses, not in the country, and only a minority of active political Ukrainians are trying to persuade the oppressed to do the best for the country. And actually, Ukrainians unite when the danger comes for their country. I mean, they united in 2014 and 2015. They united in 2004 during the Orange Revolution, and I’m sure they will unite … in case of all0out war with Russia.

The Courage to Write: On the Radical Generosity of Letting Yourself Be Seen 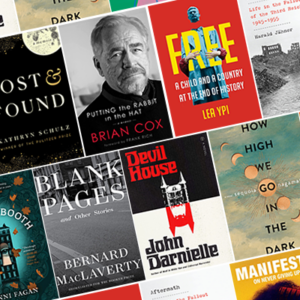