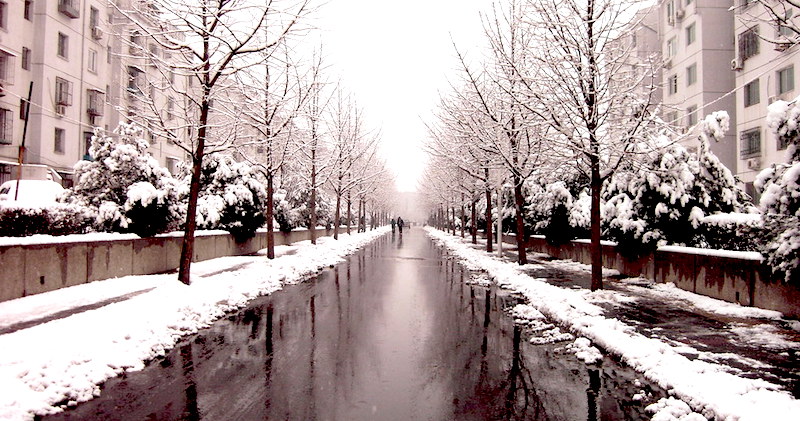 How Distance Clarifies Our Memories

My dream last night began with me standing on a platform waiting for a train. It was at a station that, as far as I know, doesn’t exist in reality. But in the dream I recognized it. The rusted iron gates, the arched stone ceilings, and the cramped ticket vendors behind dusty panes of glass all had a faint familiarity. I was with a man who was too tall for me to see his face, so I can only recall his chest, the smell of smoke, and the brown wool sweater he wore with the necklace dangling over it. The pendant was in the shape of a pocket watch. I remember him saying, in a deep and lazy voice, “this is not a real watch. It merely resembles one.”

I remember other things from the dream too, some that may stay with me for a long time and others that will soon be forgotten. As I’m going about my day, the carvings on the pendant keep coming back to me, but other details, like the train’s destination, had already escaped me the moment I woke up.

Beijing, the city I was born and raised in, is much like a recurring dream to me—familiar yet elusive. I moved to New York when I was eighteen and then to Paris five years later. In a way, I never really managed to return. On the many times I visited, my experience of the city had been fragmented. To paint a cohesive picture I had to gather the pieces first, like editing together a scene shot on different cameras.

Most of my years of writing I’ve spent far from home, and the longer I’ve been away, the more Beijing came alive in my imagination. I found myself returning there often; not the city that existed on a map, but the place that lived in my mind. Over the years, faded memories made way for stronger ones, new memories were created, and as all this happened, the impulse to write about each of them has become more powerful than ever.

Memories are some of the most abstract of things. Yet in their abstractness, there is a clarity unlike anything that we can perceive with our senses. When we cannot rely on our immediate experiences to illustrate a place, a mental lucidity comes to us. How could we identify something as being familiar if there wasn’t anything alien about it?

Looking out at New York and its uncanny emptiness, I’m reminded of Beijing during the SARS outbreak, when I was still a child.

The dusty colors of Beijing winters, the sweaty scents in taxis, and the smoke rising from roasted sweet potatoes are all vague and distant to me, yet the lens of my memory can render these details more vivid than ever while blurring out the surroundings. Distance is our friend. It is a filter that strains out the insignificant and leaves only those that we remember; the ones that are meaningful to ourselves, our characters, and our stories.

Our memories of a familiar place are much like miscellaneous objects in a box that have been collected through time, and when we sit down to write, we open the box and select a few that will piece together a larger sense of place. In writing, such memories are precious to establishing setting. Each time I revisit a place in my mind, I see it somewhat differently.

Characters experience setting the same way, depending on the mind space they are in. Setting is not inert. It is alive, moving, and shapeshifting. It is subjective and, as a character changes, the setting does too.

In June, I moved back to Beijing. Though since then I’ve only spent two months there. The publication of my novel brought me to London in December and then to New York, and now, having just canceled my ticket back home amid the coronavirus outbreak, my plans for the coming weeks and months are up in the air once again. Looking out at New York and its uncanny emptiness, I’m reminded of Beijing during the SARS outbreak, when I was still a child.

The empty roads and closed businesses didn’t bear much significance for me as a ten-year-old, and as I dig through my memories in search of an image of that time, I find it difficult to precisely recall what the city looked like. But what I do remember, vivid as though it was yesterday, is our car that was parked in the garage every day, collecting dust, with nowhere to go and no purpose to fulfill. I remember the days of blue skies and sunshine, the chains of the swings in our yard, and the joy of having my mother at home more often. I remember these things because they mattered to me.

The things we don’t remember (the shapes of tree branches, the time the street lights would turn on, the texture of the walls, etc.) are spaces of wonder.

Having said that, seeing New York now makes me realize that the mixed, clashing feelings of isolation and togetherness, entrapment and freedom, fear and gratitude are all familiar to me. Though 2002 Beijing only comes back to me in bits and pieces and I can’t render a complete, accurate image of the city back then, seeing New York now enables me to better imagine the things I don’t remember during the time of SARS.

Now, I can picture the story behind the car in the garage; the frustration of not being able to go to work, of having to put a part of life on hold without any guarantee that things would return to normal. I can fathom what was going on in my grandmother’s mind beyond what she’d allowed me to see as a child; the fear that came from being her age and thus more at risk of falling victim to the virus.

So, those gaps in our memories, the things we don’t remember (the shapes of tree branches, the time the street lights would turn on, the texture of the walls, etc.) are spaces of wonder. Such empty spaces can be filled up with the brushes of the imagination. They are where reality becomes fiction. In a story, a real place doesn’t have to be 100 percent real.

What better way to write from the imagination than being at a distance and ignoring the confinements of one’s immediate reality? Without a mountain in front of us, we could construct our own. Without trees, we could paint leaves in any shape and color. Without all of it, we might even build another world between the cracks of memory. 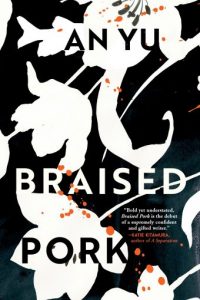 An Yu was born and raised in Beijing, and left at the age of eighteen to study in New York at NYU. A graduate of the NYU MFA in Creative Writing, she writes her fiction in English. She is twenty-six years old and lives in Beijing. Braised Pork is her first novel.

Are Christian Churches the Next Bastion of American Socialism? 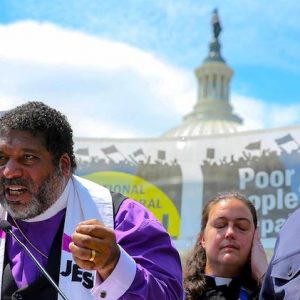 Are Christian Churches the Next Bastion of American Socialism?

When Rev. Liz Theoharis told her Presbyterian Church (USA) ordination committee about her dream of eradicating poverty, she assumed...
© LitHub
Back to top
Loading Comments...