They Call Him Scarface Because He’s Sad

Lit Hub Poem of the Week

The slow dance of David Tomas Martinez’s new poem is all about that most ancient of interfaces: the human body, and of its sweetly terrible aging. Martinez not only knows this but shows it in his breakbeat line breaks and circuitous stanzas across and down the page that seem to mimic the toss and tumble of fast living. The poet also knows that time doesn’t just alter our lovers, relationships or sex life in the abstract. It does so in the same brutalist math as it makes the body more or less a construct of gender ideals, successful or failed. In this speaker’s case, it’s a masculinity that presents a self-effacing bravado that often leads to lush nights and no less lush hangovers. In some sense, all this eros uncoiled across fate and experience literally leads us nowhere but depression, one of the poem’s most vulnerable and final words, dangling as it does teasingly by itself, on its own stranded line. Is that what depression is, this poem seems to wonder, a shorthand for getting older, yes surviving, still having to desire yet always imperfectly, incompletely? And yet a resilient voice buoys the poem and its speaker’s selfhood along. It’s a kind of knowing I like to think offers a sobering counterpoint to such winnowing losses of spirit. It permits the same humor and frailty I think of in Cavafy’s lyrics, where the seeming absence is diminished by the triumph of astonishing retrospection. What to call such self-knowing, such vibrant, Hollywood-stylized memory? What about a poem.

They Call Him Scarface Because He’s Sad

I knew I had gotten older
when I noticed women no longer
wore bras, which
didn’t happen until my eyes
began slowly lightening with wrinkles,
though not in my eyes
was I old,

nor could I see myself as 40
and still in college. Yet,

there I was, and so was
Aaliyah when she sang.

Only in youth
do we sing certain notes, only when
age ain’t nothing but a number. I remember

when age’s days
felt numbered. That’s when
I got older,
but, my family joked,
my girlfriends never did.

Now, they just want me to get a job,
then a wife. In

the movie Scarface, Tony Montana said
you get the money,
the power, then women. Admittedly, I am usually

out of order. I once
went back to Cali
and came home to no
power. I called my landlord and told her
a circuit had broken;

when we discovered it hadn’t, she wasn’t
impressed. My first book’s

initial page
is impressed. But I didn’t
make any money
off that. Scratch is slang for

money, and I lament the fact
that I’ve never sniffed

any scratch. Vaginas are considered
the original wound, and God cursed

the descendants of Eve
with painful childbirth
and menstruation
for being out of pocket.
In medieval paintings,
Jesus’s wounds are often depicted
as little vaginas.
I have gotten
a lot of wound.
The etymology of vagina comes

from the idea
of a sword being sheathed
in Latin, but also,
in English, from the word
vanilla.
Not from going without
does healing come
but from going within.
I once spent a whole
month in my apartment

drinking liquor
and smelling the lingering
smoke of my fingers.
If I hadn’t already lost my job,
I would have lost my job.
I cried a lot that month,
then stopped drinking,

which made it hard to date.
She told me
she was going to date
and said I should too.

That’s how I found out
about the great
American bra
depression
in the summer of 2015.

David Tomas Martinez's debut collection of poetry, Hustle, was released in 2014 by Sarabande Books, winning the New England Book Festival's prize in poetry, the Devil's Kitchen Reading Award, and honorable mention in the Antonio Cisneros Del Moral prize. He has also been a Breadloaf and CantoMundo Fellow. Martinez splits time between Brooklyn and Lubbock, where he is currently a Visiting Assistant Professor in creative writing at Texas Tech University.
Share:

This is Not a Defense of Poetry 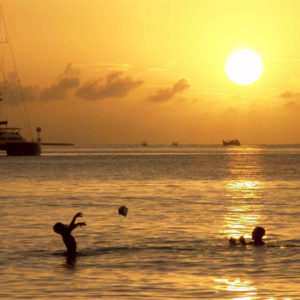 This is Not a Defense of Poetry The following remarks were originally delivered at the the Oslo Poesifestival 2016. A defense of poetry is a contradiction...
© LitHub
Back to top