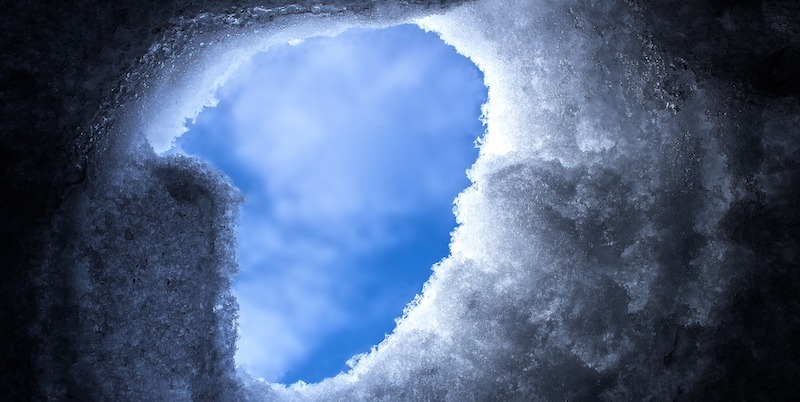 “Sometimes you don’t get a warning.”

Previously I only used the word avalanche as a verb. It basically meant, “I am crying and I cannot stop.”

Still, owning a home in an avalanche zone, I have recently been compelled to try to make sense of my city’s urban avalanche advisories. They use the word avalanche in a way that means “a massive amount of snow, ice, and rocks falling down a mountainside.”

Please forgive my errors or oversimplification, but here’s my attempt at translating. It appears that it matters what kind of day a mountain is having. Depending on the weather, snow settles into different kinds of layers, and these layers stack up over time. What I understand to be our biggest current problem is what’s called a “deep persistent slab.”

A deep persistent slab is a big piece of snow with a very weak layer inside it. The weak layer is so deep you almost don’t know it’s there unless you’re looking for it. Another layer inside it might be a crust, which in a way amplifies the weak layer because you could poke the crust a long ways away and the poke would reverberate across the crust, and this is how one light touch could trigger an avalanche of giant proportions. No matter how soft or how strong the snow is, if you touch it when or where it is tender, it will drop to the depth and the width of its weakest part. And so an avalanche is not just snow, and it is not just the trigger, it is the result of holding too much when you were not properly grounded. On the same day, one year apart, I packed a bag. That’s a lie; one year ago my friend Melissa packed my bag, because I was avalanching on the living room floor. My sister had called. My father was fighting for his life in the ICU. At that time they said they didn’t think he would make it through the night, and I could not fly out until morning.

Sometimes you don’t get a warning.

In grief counseling, no weather is bad; I think the goal is that you heal your deep persistent layers so no slab could kill you.

I can’t separate the experience of saying goodbye to the home my dad built me from the experience of saying goodbye to my dad at this precise time last year. There are all kinds of natural disasters. They say our bodies remember grief anniversaries, which baffles me since my own grief is very bad at time management. Perhaps grief is just a weak layer and it doesn’t matter how deep it’s buried. A smell or a bird or the sunrise on a particular day can always touch it.

Grief, I mean the director of emergency management, knocked on my door Saturday morning to explain the danger of wishing for the best.

But it’s a blessing, isn’t it, to have a chance. To have a minute.

To take the irreplaceable with you.

If the avalanche were to hit our homes, they predicted it could be fourteen feet deep going fifty-seven mph across a quarter mile. I really can’t see how a human house could survive that, and yet I am familiar with praying against the odds. My father survived his first night, and on the second night, he briefly woke up. It was today, one year ago: my mother’s birthday. A miracle, they said, and the nurses had chills. It filled me with catastrophic hope.

When we dug our way out, we told my dad that we loved him, and that he didn’t have to worry about us. This was the third day. We said goodbye, because we were warned; and it’s better to say goodbye and walk away than to be destroyed inside it. That was 364 days ago. Some mornings I can walk on that layer and some mornings I’m still buried under the snow.

What type of weather do we want? my friends asked, and I don’t know enough avalanche science beyond “we want spring” to answer this. In grief counseling, no weather is bad; I think the goal is that you heal your deep persistent layers so no slab could kill you. The director of emergency management lowered the danger level from “extreme” to “high,” so I know that with the right conditions even an avalanche can change. The weak layer can strengthen, the facets can face the wind. The load can lighten and aspects can melt. It can be touched without breaking.

Christy NaMee Eriksen (@tsu_namee) is a multidisciplinary poet, teaching artist, and organizer living on Lingít Aaní (Juneau, Alaska). She/her work has appeared at The Loft Literary Center in Minneapolis, The Roundhouse in London, and the anthologies Revolutionary Mothering: Love on the Front Lines and The World I Leave You: Asian American Poets on Faith & Spirit. She is a three-time Rasmuson Foundation award recipient and a 2020 Kundiman fellow. 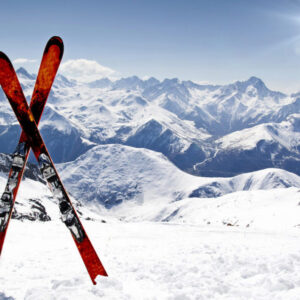 At dusk the lights on the lift towers click on, dull yellow in the darkening night. It is snowing—not quite sideways, but almost—and...
© LitHub
Back to top
Loading Comments...