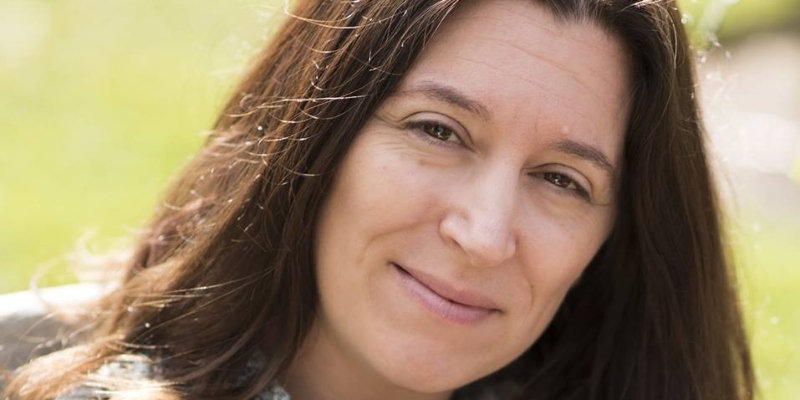 I don’t know many parents—or really people, for that matter, but maybe especially parents—who have not briefly wanted to be Hannah Grieco’s main character in “The Boots You Bought Me for Christmas.” In a single, breathless sentence, the reader is catapulted into a one-woman runaway scene. Taken down the highway and across the country, we learn both nothing and everything about the main character.

Grieco handles the specific details that make the world come alive, right alongside a rage and desire that feels universal. We are not privy to what happened before the narrator leaves, and we don’t need to know. Who hasn’t wanted to just go away and become someone new? Who hasn’t just wanted to be alone for a while, to learn how to come back to themselves?

Listen to Hannah Grieco read “The Boots You Bought Me for Christmas” on Micro.
Subscribe and listen in full, wherever you get your podcasts!

KR: This piece really does a beautiful job of form mimicking the subject matter. Just as the narrator is running away from this feeling of being trapped, the reader is sucked in and trapped by this one-paragraph, one-sentence essay. Did this piece originally start off that way, or was that format something you decided on later?

HG: It started as stream-of-conscious, an idea that kept nagging at me. I have written a lot of runaway pieces during this pandemic, but this one was short and so MAD. I didn’t even know what I was mad at! So I started writing an almost fantasy prose poem, with regular sentences. Then it turned into a little micro story, developing its own plot and a character outside of me. (It’s still autobiographical in certain ways, but far less so than I expected it to be when I started!) And the individual sentences seemed to fragment the piece—like they were slowing the story down. Speed bumps, maybe. I took out all those periods and just let the piece go.

KR: This piece is very internal while playing with form, something I have noticed in your other work as well (such as “Make Like a Tree and Leaf” and “My Love, if I wrote your Tinder profile”). Do you feel like you’re drawn to a form or style before the content, or does the content inform the style?

HG: Always the content first. The story. I don’t even think about form unless I’m stuck, and then I might try a hermit crab to get myself unstuck. But all of these prose pieces usually start with me being miserable about something and wanting to play with that idea, see what happens—especially in fiction. If I can’t find a real plot, it becomes a prose poem. If it becomes all about the language, the sound of it, it becomes a more traditional poem. And most of the time, at least lately, it goes in some weird new direction and just becomes a compulsive, forward-driving rant story. I guess that’s my form or style right now? Miserable, compulsive, maybe a tiny bit hopeful, rant stories?

KR: You recently edited a speculative anthology about parenting! Can you talk some about that process and what you gained from it?

HG: Yes, and it’s so beautiful! It’s out now! I come from a freelancing background, so I wrote a lot of parenting essays before I started writing creative nonfiction and fiction. And I began to question the narratives I was writing, the formulaic nature of these types of essays. The way I pretended, out of necessity, that problems got solved with an easy fix, and that everything was love and sunshine from that moment on. I started writing weird stuff, but wasn’t sure what it even was or who would want to publish it. Weird horror mom stuff, sad mom stuff, scared mom stuff. Then, when I published those stories, they often resonated with other parents who were also writers.

I made a joke tweet about the need for an anthology about this kind of work and a ton of people responded and expressed interest. So I connected with Leah Angstman at Alternating Current, and she was into it! I put out the call and hundreds and hundreds of people sent in their stories! It was an avalanche of parental ache! Truly a life-changing, writing-changing, experience for me as an editor. I can’t think of something else I’ve done that has felt this meaningful to me, in terms of my art.

KR: What is your dream pair of boots?

HG: I’m not a fancy girl, so probably these.

HG: I don’t really know what my writing process is. I write in these almost hypomanic spurts, where I’ll write thousands of words in one day and then nothing at all for a week or more. Or conversely, I’ll write something short, like a micro, on my phone in the bath while I’m hiding from my kids. Or as I wait for a prescription at the pharmacy. I wrote this piece in ten minutes. Then hid it away for a while, because it wasn’t something I thought I’d publish. It wasn’t a “real” piece in my head, just some words. Then I came back and found it and tinkered with the form, tweaked it, took out the meandering parts, forced myself to be more specific, etc.

I submitted it to three places that took micros, and it ended up at mac(ro)mic, this new little journal that had caught my eye. They grabbed it right away and it felt like a match made in heaven. Such a wonderful pub, and I love that it landed there! Also, to be honest, I stopped writing for a while at the beginning of the pandemic. I wrote a couple of freelance essays related to parenting while isolated, but nothing creative. Then this burst out of me and it kind of opened me back up to writing again, so it was an important piece for that way.

Hannah Grieco’s writing can be found in a variety of publications and journals, including The Washington Post, Al Jazeera, Brevity, The Rumpus, and Passages North. She is the editor of the anthology And If That Mockingbird Don’t Sing: Parenting Stories Gone Speculative at Alternating Current Press (January 2022) and is an assistant editor at Alan Squire Publishing. Find her online at www.hgrieco.com and on Twitter @writesloud. 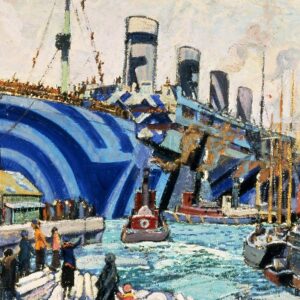 In this episode of New Books Network, C. P. Lesley talks to Erica Ruth Neubauer about her novel Danger on the Atlantic. From...
© LitHub
Back to top