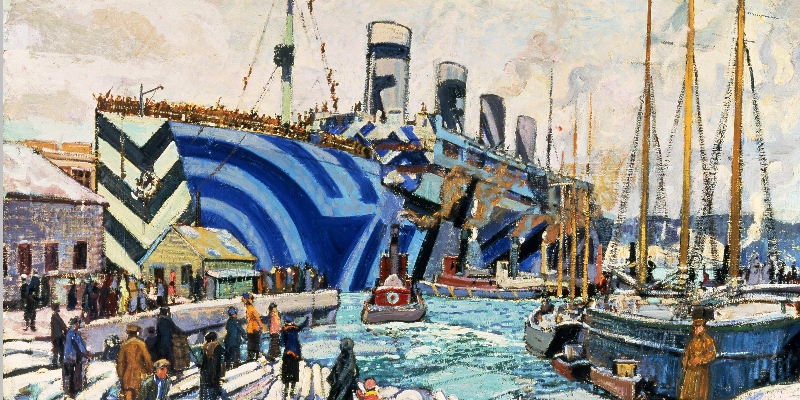 In this episode of New Books Network, C. P. Lesley talks to Erica Ruth Neubauer about her novel Danger on the Atlantic.

From the years leading up to and into the French Revolution, we move forward in time to 1926. Jane Wunderly, who left her home earlier in the year on a journey that took her first to Cairo, then to the English countryside, is heading back to the United States in the company of Redvers, the enigmatic businessman she first met in Egypt. In fact, she is posing as Redvers’ wife—or, rather, he is posing as her husband, because they go by the name of Mr. and Mrs Wunderly—even though Jane has decidedly ambivalent views of matrimony, the result of bad experiences in her past.

Despite her doubts, Jane enjoys being included in Redvers’ current mission: to identify a spy reported to be traveling on the Olympic, the magnificent sister ship of the Titanic. The settings are luxurious, the gig comes with magnificent clothes supplied by Redvers’ employer, and the biggest threat to Jane’s peace at first appears to be Miss Eloise Baumann, a loudmouthed New Yorker who dominates every conversation.

But the ship has barely left port when Jane encounters an heiress who claims to have lost her husband—on board the Olympic, in the middle of the Atlantic. No one else wants to help, and even Redvers tells Jane to keep out of it and concentrate on the spy. But Jane is determined to solve both mysteries, and soon she has to wonder whether every trip to the deck will end with someone pitching her overboard.

CPL: Before we get into the novels themselves, tell us a bit about your career before you became a novelist and how that experience infuses your fiction.

ERN: I have a wide and varied background. I joined the military when I was 19, and I spent 11 years in various forms of the air force and the reserve. I was a high school English teacher for a year, and I was also a police officer for two years. I currently hold a private investigator’s license. I’ve done a lot of things leading up to this, but before I started writing books, I was actually a reviewer of mysteries and crime fiction for places like Publishers Weekly and the Los Angeles Review of Books. So I was really well versed in the mystery community and writing crime fiction.

CPL: What made you decide to switch to fiction, and what appeals to you about the 1920s in particular?

ERN: Mysteries and crime novels have been a lifelong plan of mine. My dad raised me on old black-and-white movies and Agatha Christie. Somewhere along the line, I picked up very romantic ideas about Egypt in the 1920s. I must have seen something as a kid that really stuck in my mind, about elegantly dressed people drinking cocktails in a hotel in Egypt, with slow-moving fans overhead and someone dead in a corner. So when I decided to sit down and try my hand at writing, I knew right away I would set it in the 1920s in Egypt.

The 1920s was also a fun time for me to write because of the things happening in society: women were starting to push against strictures of the Victorian Age; women were joining the workforce; they were going out and drinking and dancing; they wore their skirts short. I liked that. And as a writer, I like that the 1920s evokes specific pictures for a reader of flappers and cocktails and Prohibition, so it immediately sets the stage for a reader.

CPL: What are Jane’s first impressions of the boat? We should emphasize that this is not a fishing boat but a big ocean liner that is a sister to the Titanic.

ERN: Jane is impressed by the luxury and grandeur of the boat—which is the Olympic, a real boat that was, as you said, sister ship of the Titanic. I did this for two reasons. One is that as a kid I was kind of obsessed with the Titanic, so it was fun to research a ship that was essentially the same. And the second is that because of the Titanic, it was easy to find pictures and descriptions of the first- and second-class quarters and all the rooms onboard. Everything I write about I probably found a picture of, so the Turkish baths I write about, those were really on board that ship. In fact, I killed someone in it just so I would have an excuse to go there, because it’s incredible that they would have a Turkish bath on board this ship!

CPL: As Jane mentions, she and Redvers are looking for a spy. A spy for whom, and how do they expect to find him or her?

ERN: It’s a spy for Germany. I really came up with this storyline by googling, “What happened in 1926?” I found an article about Robert Goddard, who was a physicist. He was doing super-secret tests of liquid-propelled rockets, and later he claimed that the Germans had stolen his plans for use in World War II. So I thought, “Oh, what if a German had come over to steal those plans?” I knew I wanted to set the novel on a trans-Atlantic cruise, because it was the Golden Age of Cruising, but that’s what prompted me to have a German spy that Jane and Redvers have to suss out.

Erica Ruth Neubauer mixes a gift for creating complex and engaging mysteries with a delightful sense of humor. To avoid spoilers, I recommend starting with Murder at the Mena House and reading forward, but all three of these novels are well worth your time. 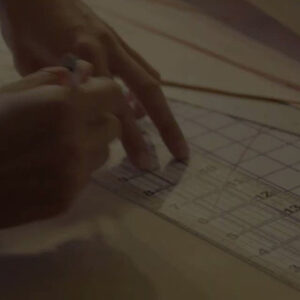