What You Teach When Things Start to Fall Apart

Right off, and seeing what was in sight, I claimed literature, Spanish, music and history. I toss math to my husband, like a contaminate sample. He’s a designer. They have to measure stuff and add up the numbers, don’t they? I’m a writer. What good am I when it comes to maths? I’ve tried to help my son with his homework, with reverse psychological effect. “That can’t be the answer, Mummy,” he says, exasperated. “Forget it! I’ll do it myself.” The little black numbers swim before my eyes. I once listened to Ian McEwan talk about maths, those brief glimmers of comprehension he thought would disappear if he sneezed.

My son’s school does something called “language arts.” A page from his school binder is headed “Constructed Response” and provides a chart in which those responses may be itemized. A key is provided for teachers. At his Grade 4 level my son should: “Refer to details and examples in a text when explaining what the text says explicitly and when drawing inferences from the text.”

When I got my first job teaching creative writing, I met with the writer I was to teach the course alongside. Fay Weldon is a well-known author, a multiple best-seller, who had adapted her work successfully for television. “How on earth does one teach creative writing?” she asked me. Like her, I am self-taught. We began by making a list of everything we wished we’d known when we started out. That’s how we designed and taught our course and this approach has informed my teaching style ever since. What do I wish someone had taught me?

My son has grown up knowing shit happens. And that some shit can be serious.

When I was at school in Britain my other country of Sierra Leone was, as many writers born into newly independent countries have recalled, reduced to one of the “pink bits” on the map. We were taught only about the useful commodities those countries produced for the British markets, not of why or how, or under what authority they were obliged to do so. When we moved to America, my son learned who Martin Luther King was in kindergarten, but to this date, no teacher at his school has ever explained to him why MLK was necessary in the first place. I’m the one who has taught him about America’s slave-owning past. We’ve watched Harriet, visited the African American Museum, and traced the Triangular Trade from Bristol to Bunce Island off the coast of Sierra Leone to here, to the Carolinas and Virginia.

So instead of “language arts” we start reading Things Fall Apart. The way my son responds to Achebe’s language is fresh. He is not reading a “classic text,” this is not a “seminal anti-colonial work,” though he now knows what colonialism is because I taught him that, too. This is a story. He admires Okwonkwo, but wishes he wasn’t so rough on folk, that he had some of his father Unoka’s gentleness. The lines: “…he seemed to walk on springs, as if he was going to pounce on somebody. And he did pounce on people quite often,” make him giggle. I see the bites of humor in Achebe’s writing, which I have missed in the past, too focused on the work’s political and historical import.

I teach him Achebe, I teach him about the empires of Africa. We watch the excellent BBC series presented by Gus Casely Hayford, most recently Director of the Smithsonian Museum of African Art, who is also a friend. This helps. “Good job, Gus,” my son says, as Gus takes part in a Nubian wrestling competition, scales rock face to reach an Ethiopian monastery. He becomes fixated on Gus’s changes of outfit.

I teach him how to make lunch. Together we make a tuna chowder.

I talk to my son about what is happening, what coronavirus is and why he can’t have playdates. He is quite sanguine. He possesses the flexibility of youth, is enjoying the lifting of restrictions on screen time. But my son also owns a narrative by which to understand events, because he knows his cousins and grandmother survived the Ebola outbreak, which began in 2014, the summer he was supposed to fly to Sierra Leone for the first time. The fight against the disease involved everyone, as far away as the diaspora. My son has grown up knowing shit happens. And that some shit can be serious. And, as the media reports on a generation still partying in in Florida during spring break, perhaps for his generation, those whose schools are closed and whose playdates must take place online, that might well be the most valuable lesson of all.

Aminatta Forna is the author of the novels Ancestor Stones, The Memory of Love, and The Hired Man, as well as the memoir The Devil That Danced on the Water. Forna’s books have been translated into sixteen languages. Her essays have appeared in Granta, The Guardian, The Observer, and Vogue. She is currently the Lannan Visiting Chair of Poetics at Georgetown University. 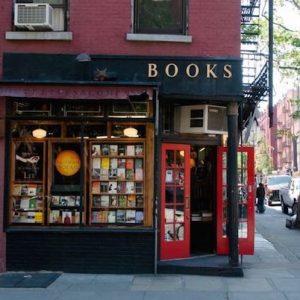 Last week, feeling fine physically but going stir-crazy in my apartment, where I live alone and work at home (even not during...
© LitHub
Back to top