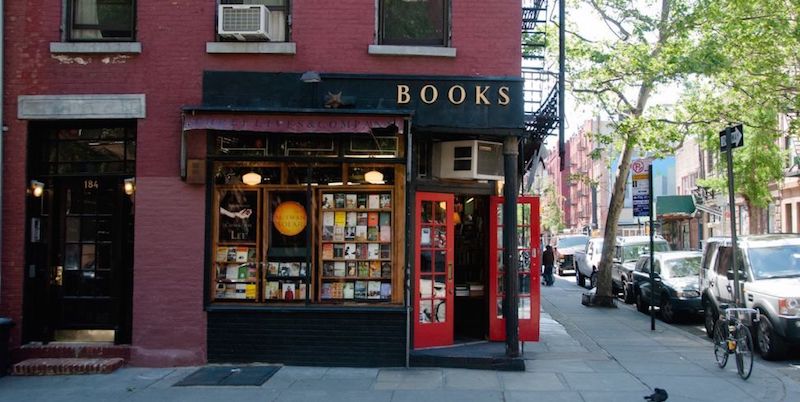 Last week, feeling fine physically but going stir-crazy in my apartment, where I live alone and work at home (even not during a crisis), I decided to take a walk. It was a beautiful afternoon in New York, after all, and yes, taking a walk is (or was, then) still permitted. My hour-long walk—winding through the West Village, down to the Hudson, and by the river—was mind-clearing. I headed home via Christopher Street. Nearly everything was closed, of course. But balancing out the spookiness of the deserted streets and all the shuttered restaurants, bars, and shops were the sweetly worded handwritten signs posted by small business owners—expressing thanks to loyal customers, wishing everyone well, and promising to “be back soon.”

On a whim, I decided to extend my walk and see if my favorite neighborhood bookshop, Three Lives & Co. was open. Although I happen to have thousands of my late partner Oliver Sacks’s books in storage in my apartment—any one of which might be fascinating—somehow, I felt I needed a new book. I suppose I wanted to give myself a little gift, but I also wanted to see how my local booksellers had fared.

There’s no way they’ll be open, I thought to myself, it’s such a tiny shop. Alas, as I approached, I saw that the bookshop looked dark inside, no lights on. Ah, but then I noticed, from half a block away, the door was open…

…An old wooden chair, propping open the door, blocked entry into the shop. (How sad—maybe they’re closing for good and packing up?) But no. I peeked my head in and there were Miriam and Troy, stalwarts of independent booksellers, smiles on their faces. We greeted one another with cheer and affection, and Miriam explained how they’d adjusted things: No one was allowed inside—Troy was sequestered behind the counter and Miriam was on the floor, standing halfway from the entrance—but if you’d “Just call out the title of the book” you were looking for (or the author, or the genre), they’d find it for you. And they did! I had specific titles in mind—a big thick book called The Dolphin Letters about Robert Lowell, Elizabeth Hardwick, and others of their literary circle—and the new Rebecca Solnit memoir, which I was eager to read. Miriam went in search.

Behind me, a small line had formed. I stepped aside. One woman called out for “the new Hilary Mantel, please!” (They had a towering stack of those.) A couple was seeking “a new cookbook—anything you suggest?” (Between them, Miriam and Troy had a bunch of creative ideas.) A family was looking for books for their little kids to read. I felt like I was in a metaphorical bread line—a bread line for feeding the brain, and the soul.

I felt I had gotten many gifts on this outing, not just one.

Miriam placed my books on the old wooden chair propping open the door after I’d taken a few steps back, and then I picked them up with my be-gloved hands.

“Should I toss my credit card in, or leave it on the chair here?” I asked.

“No,” Miriam told me—they are being very strict about social distancing (as they should be). “Just read out the numbers on your credit card—Troy will ring it up!” she called back.

And so I did, yelling out my VISA numbers unselfconsciously. Troy, thoughtful as always, asked if I wanted a receipt or a bag? “No, no, I’m happy to carry it,” I replied. And I was.

The big thick book and Rebecca’s memoir felt so good in my hand—substantial, weighty, as if they were heavy simply because of the promise of several days and nights of reading ahead. I bid goodbye, as Miriam and Troy took care of the other neighbors.

“We’re going to try to stay open as long as we can—as long as it’s safe and we’re permitted,” Miriam said. I wished them well with all my heart: I felt I had gotten many gifts on this outing, not just one. “Bless you both,” I said. 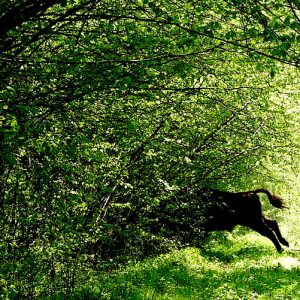 The universe is an oak, unfathomably tall. Its branches stretch to heaven and its roots reach into the underworld, with the mortal...
© LitHub
Back to top