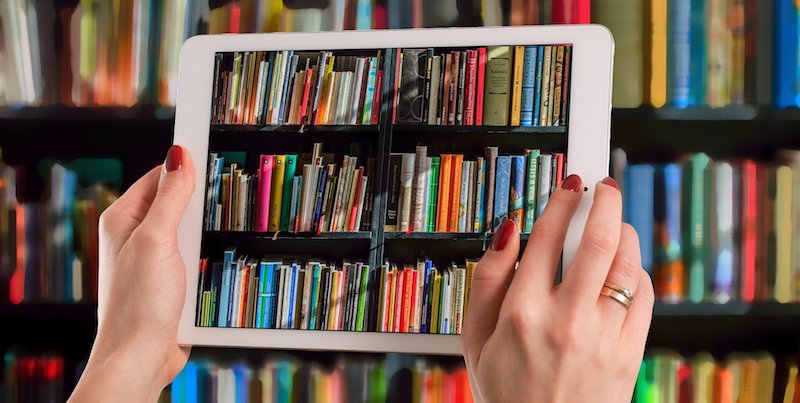 Amid a Pandemic, Publicists Are Changing Course

Last week, 103 people gathered on Crowdcast to watch writers Jessi Jezewska Stevens and Emily Mitchell chat about Stevens’ debut novel, The Exhibition of Persephone Q. It would have been an impressive turnout for any book talk, but particularly impressive because this virtual event, hosted by Politics and Prose in Washington D.C., was originally supposed to happen in person. Like hundreds of other author events, Stevens’ book tour was canceled as a result of the coronavirus pandemic, but luckily, the bookstore felt the show must go on. Instead of sitting across from each other, Stevens and Mitchell spoke using webcams, self-isolated in their respective apartments.

During a virtual event, as opposed to a live reading, “you can’t sense the mood in the room,” Stevens said after it ended. “People tend to laugh or smile more in groups, and you can kind of feel the energy shift. We had technical difficulties right up until the moment we went live, and I hear the audio was a bit unreliable, but I like to think our audience was sympathetic.” Still, at this moment in time, virtual events are the best way for authors to connect with readers who are quarantining or self-isolating, and the independent bookstores hosting these online gatherings are hoping readers will purchase books through their websites.

Even before her book came out on March 3, Stevens was aware that her tour might be disrupted due to the coronavirus. “Around that time, a lot of publishers, including mine, canceled all AWP events, so that was the first hint that this was becoming quite serious and we’d all need to adapt,” she said. She decided to cancel her tour out of concern for everyone’s safety—a decision that now seems inevitable, as bookstores around the country have closed in response to the coronavirus.

“I would just love to see publishers try a bunch of weird shit.”

Daley Farr, a publicist at indie powerhouse Coffee House Press, said tours (on their own) don’t actually drive a significant amount of sales. As agent Kate McKean writes in a blog post, an event with a good turnout (around 100 people) probably sells around 30 books. If a book’s list price is $24.95, and 10 percent of that price is applied to the author’s advance against royalties, that comes out to about $74.85 per event. Meanwhile, the publisher sold the books to the bookstore at a discount and paid for the author’s travel, hotel, and meals, so they likely lose a few hundred dollars per event. “Author events serve an important purpose in the literary ecosystem, but it isn’t primarily financial,” Farr said. Instead, many tours exist to generate social media buzz, press coverage, and traffic at independent bookstores.

“There’s no perfect recipe for the ideal publicity campaign, because you’re trying to create word of mouth,” explained Jordan Rodman, a publicist at Avid Reader Press at Simon & Schuster. “You try for this three- or four-pronged approach, which is print, podcasts, and online media timed to the publication date. Then, you’re working with your author to plan op-eds and get them out on the road so they’re meeting their readers and getting local media coverage as they’re touring.” Now, with coronavirus causing in-person events and the resulting local media coverage to be canceled, authors with spring releases will rely more heavily on print, podcast, and national digital media, where they’re more likely to be drowned out by COVID-19 news.

Independent and small presses, in particular, are feeling that crush. Breaking into the national coverage cycle amid a worldwide pandemic is difficult, “especially for the kind of experimental work small publishers often champion,” said Farr.

Most corporate publishers switched to working from home between early and mid-March, but before they left their offices, publicity teams rushed to organize digital manuscripts and promotional materials for their entire summer and fall catalogs. As publicists are scrambling to create virtual book tours, they’re also looking for new promotional opportunities through bookstagrammers and other online venues with robust audiences.

One such venue is Reading with Robin, a multiplatform book club created by Robin Kall. These days, Kall records podcasts, runs the Providence Journal book club, mails out newsletters, and hosts events that routinely draw 125 people. Since the bookstore closures, she’s been streaming back-to-back Facebook Live interviews most days, with no plans of slowing down. “The videos are getting thousands of views, and more people are sharing them and tagging friends,” Kall said, because they’re looking for ways to connect during self-isolation. “They’re hungry for more content and also for a bit of a diversion. People who are used to attending events are looking for ways to keep doing that. Now, they don’t even need to leave the house. No one needs to wear pants anymore!”

It doesn’t seem like anyone’s figured out a surefire way of translating these virtual events or social media efforts into book sales.

Usually, she plans her content with the publicists she knows, but now, she’s reading pitch letters directly from authors. “For this specific time in history, I’ve opened up my platform to more small presses and authors I wouldn’t normally book. The emails I’m getting from authors are so compelling.” As a result, she’s discovered new books she’s excited about, like Maya Shanbhag Lang’s What We Carry (Dial), David Moloney’s Barker House (Bloomsbury), Honor Moore’s Our Revolution (W.W. Norton), and Lisa Braxton’s The Talking Drum (Inanna Publications).

Still, it doesn’t seem like anyone’s figured out a surefire way of translating these virtual events or social media efforts into book sales.

Kevin Nguyen, author of New Waves, started thinking of inventive ways to promote his book even before the COVID-19 crisis unfolded. At his (canceled) second book event, he had planned to distribute a zine on the subject of city pop, a genre of Japanese music from the 1980s that plays an important role in his book. From writerly friends, he sourced personal essays, a short story, and features on specific songs. “We didn’t get to print them in time, although they’re all ready to go, so I’m thinking of putting it online and maybe making a little website for it.”

When he regularly reviewed books as a critic, he often received promo packages, but relied more on word-of-mouth from other critics. He hopes publicists take this opportunity to think out of the box. “I would just love to see publishers try a bunch of weird shit,” Nguyen said. “Even if some of it falls flat on its face, it’s like, then you’ll know. I think there’s a kind of conservative attitude towards how marketing and publicity work in publishing, part of which comes from constraints on resources. That said, there shouldn’t be a constraint on imagination.”

Jessica Anthony, whose political satire Enter the Aardvark published March 24, also hopes the literary community can think collectively and mutually support each other through the coronavirus pandemic. “This trauma is either going to wreck us for a while or lift us up,” she said. “Maybe there’s an opportunity for us to miss one another, and that might be a worthy thing to have happen in this country. I’m hoping that if there are long-term outcomes, these outcomes can be greater modes of solidarity in the writing world.”

Especially now, Rodman feels publicists have an important role to play in promoting books that comfort and inspire. “I remember after the 2016 election, Paul Bogaards, my old boss at Knopf, sent this amazing note saying, ‘you don’t have to come into work today if you don’t want to, but I’ll be here at my desk soldiering on, because we work with books, which have the ability to spread ideas and to bring comfort to people and make them feel less alone, especially in these hard times,’” she said. “I think that’s the mentality to have right now.” 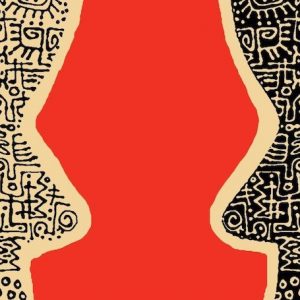 Right off, and seeing what was in sight, I claimed literature, Spanish, music and history. I toss math to my husband, like...
© LitHub
Back to top