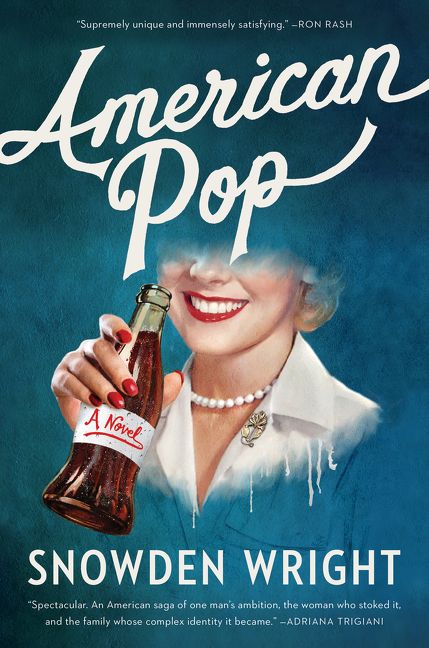 The following is from Snowden Wright's novel, American Pop. Moving from Mississippi to Paris to New York and back again, this saga of family, ambition, passion, and tragedy brings to life one unforgettable Southern dynasty—the Forsters, founders of the world’s first major soft-drink company. Snowden Wright has written for The Atlantic, Salon, Esquire, the Millions, and the New York Daily News, among other publications, and he previously worked as a fiction reader for The New Yorker, Esquire, and The Paris Review. Wright’s small-press debut, Play Pretty Blues, was the recipient of the 2012 Summer Literary Seminar’s Graywolf Prize.

A Soda by Any Other Name

Word spread fast. During those first couple of months following its invention, the house soda of Forster Rex-for-All remained a local treat, known only to the genteel citizens of Batesville proper. Soon enough the county farmers and field hands discovered the drink. In the evenings they would cool down with a glass on their way  to deliver a wagonload of hog shorts. In the mornings they would perk up with a glass while eating a drop biscuit made for them by the missus.

How that popularity went national could be described as the old college try. At the University of Mississippi in Oxford, roughly forty miles east of the drugstore, students became fond of the soda, not only for its adaptability as a mixer with various liquors, rum and whiskey and gin, but also for its restorative properties when consumed the next day. The graduation of those students scattered them across the country. Because of such fortunate circumstances, they spread their taste for the soda from one coast to the other, seeding it as if in some patriotic folktale. Stockbrokers going out for a quick bite on Fulton Street asked their coworker if they could try a sip. Housewives living in suburban Chicago exhorted it as

a cleaning agent. Doctors practicing in downtown Houston prescribed it for the gripes. Regulars at blind tigers all throughout the Tenderloin begged their bartenders to order the syrup. None of those things could happen, however, until one deficiency was rectified. The drink needed a name.

The day after he invented the soda, Houghton, not yet realizing the import of what he had created, asked his mother to sample it. He said, “Just tell me the first words that come to you.”

“Delicious,” Fiona said with a shrug, her smile turning into a frown when she saw her son wanted more. “Fizzy?”

Houghton figured that would suffice. What he did not figure was that “Forster’s Delicious Fizzy” would prove too much of a mouthful. Over the first few weeks the drink was served at the store, most customers referred to it by the size they wanted, a tall, a regular, or a short, rather than by its given name. Some called it the good stuff. Others called it the new thing. Then one customer used a handle that stuck. On a particularly crowded afternoon, a stevedore from New Orleans came into the store and, by the serendipitous fluke of an accidental rhyme, asked for “that Panola cola” he’d heard so much about.

Even the surname was a matter of chance. Despite the etymology of cola, its taste, as can be verified by anyone who has chewed a kola nut, possesses no real cognate in nature. Cola tastes like its namesake as much as ketchup tastes like tomatoes. Houghton referenced the fruit on sandwich boards outside the store because he thought it sounded intriguingly exotic. “Made from the finest kola nut in all Panola County.” Back then, he could never have foreseen how that seemingly exotic term would soon morph into one of the most domestic in the country, comparable to apple pie, baseball, jazz, and blue jeans.

In order for Panola Cola to become as nationally known as cola in general, though, Houghton hired a consultant, Seymour Chess- man, best known for his book

“What’s the one thing a business strategist does not want to hear? ‘Let’s keep it regional,’” Chessman said to Houghton. “This isn’t just a drink for southerners. This drink deserves to be known the world wide.”

The result was PanCola. Although the company itself remained The Panola Cola Company, its signature product became known primarily by its abbreviated name, one that could soon be seen painted on barn sides, stamped into tin sheets, and lettered in flashbulbs throughout the United States. The soda-water habit grew, as the century turned, into the ten-cent tradition. Despite the increasing number of competitors—a man named Pemberton sold a cola that was popular in Georgia and a man named Bradham sold one that was popular in North Carolina—PanCola was the leader not only in sales but also in what, decades later, would be described as brand recognition. The company achieved that rare linguistic feat of a specific product integrating with its general category. In the Northeast, carbonated drinks were called “soda.” In the Midwest, carbonated drinks were called “pop.” Across the Southeast, however, they were called “Pan.”

At the same time as that word became synonymous with cola another one became synonymous with wealth. “Forster” had connotations similar to “Astor.” That was why Houghton worked so hard. He wanted to make a name for his family so his children could more easily make a name for their own. His ultimate goal was the cultivation of a lineage that embodied the twentieth century in America. It has been widely agreed he was successful in achieving that goal, though discord remains on what respect, the ascent or the descent, connected his family most to the trajectory of its country. 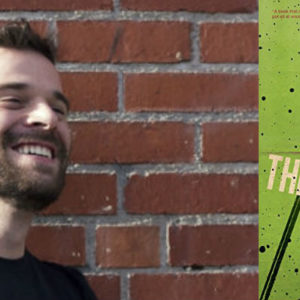 Peter Stenson on Cults, Addiction, and Acceptance Peter Stenson is the guest on this week's Otherppl. His new novel Thirty Seven is available from Dzanc Books. It is the official...
© LitHub
Back to top