In Praise of a Great American Crime Writer

Sallis is not the big name that these two are, but he certainly could be. His output is significant and diverse: novels, translations, poetry, short stories, biographies, essays, a pronounced interest in the jazz guitar and its players. His themes are similar to the big two: making sense of the world, and finding our place in it; chronicling the perils of intimacy; thinking about whether we can really know ourselves, or anyone else. Each book is its own world, which Sallis is quite conscious about, though the novels are often barely 200 pages. Sallis is quietly and steadily writing way above his weight class (and on the side, he plays a mean guitar). Or maybe he’s just our anti-Knausgaard, interested in the telling detail but not the whole exhaustive story (I’m mesmerized by the memory of a cockroach crawling over a sink in The Killer is Dying). And certainly not five volumes of it.

Rather, Sallis’s method incorporates brevity. I asked him, “In general, you write short novels (which I, for one, am in favor of, but it’s not common these days). Are you conscious of this as an aspect of your storytelling?”

Sallis said, “I see it a huge part of what I carry over from writing poetry to writing fiction: compression. If you are packing as much meaning as possible, as much substance, into each scene and sentence, you’re reaching for mass, not volume. For me, the novels, short as they are, contain more substance than many novels three and four times their length.”

You could really begin an exploration of Sallis anywhere. His biography of Chester Himes is not only excellent but continues the theme of the extremely hard to find Difficult Lives, a joint biography of Jim Thompson, David Goodis, and Himes. It’s a good starting point because Lives contains the moment when Sallis discovered noir as an oppositional form, how the pulps worked not to reinforce American culture but to subvert it: “their power derived from the recognition that there is no moral order save which a man creates from himself. Like high art, these stories worked hard  to unfold the lies society tells us and the lies we tell ourselves. They opened up the clean, well-lit American corpse and dragged its decaying heart into the sunlight.” Sallis argues that noir is outlaw literature, a position he defends. He told me, “The crime novel (as apart from the classic mystery) is by its very nature transgressive, owing far more to the romance, to the individual set against society, than to the European novel’s precept of the individual’s finding his or her place in society.” Reading Sallis’s books as traditional romances works as well, as he often has a central outlaw character—the Driver in Drive, or Turner in the trilogy about him, What You Have Left—hiding in plain sight from forces they do not care to discuss, until they must.

Sallis’s most recent novel, Willnot, is an unusual beast: compact, it’s both a depiction of small town life and an anatomy of how easily that kind of life can go awry. When I asked Sallis about how the book came to be he said, “As is generally the case, a number of things—notions, vagrant thoughts, shreds of language—came together unexpectedly. When that happens, when seemingly unrelated bits and pieces congeal, I’m pretty sure I have a new book. I don’t know what it’s about or what will happen, but it begins to feel like a novel: it has that weight, that substance. Here, I was thinking about small towns in America, how they’ve become utterly lost in the shuffle, and about all the great promises of America that seem to have become so degraded. About our history of utopian communities. And about how we all just do the best we can to go on about our small lives while huge and truly terrible engines—wars, political machinations, mass shootings, terrorism—whirl about our heads.”

You never know what you might learn when reading Sallis. He has an unusual habit of writing about people with actual jobs: a nurse, a film editor, a guy who sells dolls on Ebay, etc. I said, “One of the aspects of your fiction I find unusual and admirable is you write about people in a lot of different professions—doctors, teachers, psychiatrists, professional drivers, as well as the usual cops, detectives, etc. Is that a conscious choice? Did you study or research to make these characters feel authentic?”

Sallis added: “You’ll notice there are also a lot of street people: the pushed-aside, the forgotten. Often fiction can seem almost claustrophobic, with its characters existing in this single social layer from which all their values and estimations derive—the very way in which they see the world. When I taught, I told my students: Put as much of the world as you can in every scene, every line, every sentence. I try to follow my own counsel.” He does: one of my favorite Sallis books, Others of My Kind, is a matter-of-fact account of a woman, now grown, who was kidnapped and held for two years as a child. She spent most of her time locked up in a box under her captor’s bed. When she escaped she loitered in the mall she had been kidnapped from, since she had no memory of who she had been before. Her worlds—while she was captive and in the present, are painted precisely, and with the appropriate amounts of horror and compassion. Yet Kind is also a book about whether ideas, especially identity politics, will ultimately kill us all, if we are descending back into clans or tribes and dismantling civilization.

Eventually, every conversation with a crime writer turns to the genre question, and I wasn’t particularly eager to bring it up with Sallis. But he was good-natured about it, with the zen of longevity. I asked, “Let’s take on the sticky genre subject. Do you think of yourself as a genre writer? Or just a writer who occasionally writes a book with a crime or mystery in it? Is it possible to respect the tradition but not the label?”

Sallis said: “I write crime novels, so yes, of course I think of myself as a crime writer; how could I not?  I also write poetry, and think of myself as a poet. And as a literary writer. A musicologist. A biographer. My model’s more the European—someone like [Raymond] Queneau, who wrote novels, poems, essays and popular songs, was a phenomenal editor… He didn’t have to check one or the other on his dance card. It’s the nature of creative work to push at boundaries. Only a fool would work within a tradition—any tradition, be it science fiction, the coming-of-age novel, the sonnet—without knowing and honoring that tradition, without having it coursing in his or her blood and breath.”

Seven Writers On Fathers and Fatherhood 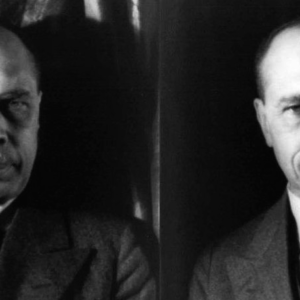 It's Father's Day on Lit Hub: A father, a son, a squid in the bed: Chris Forhan on the genius of four-year-old poets •...
© LitHub
Back to top