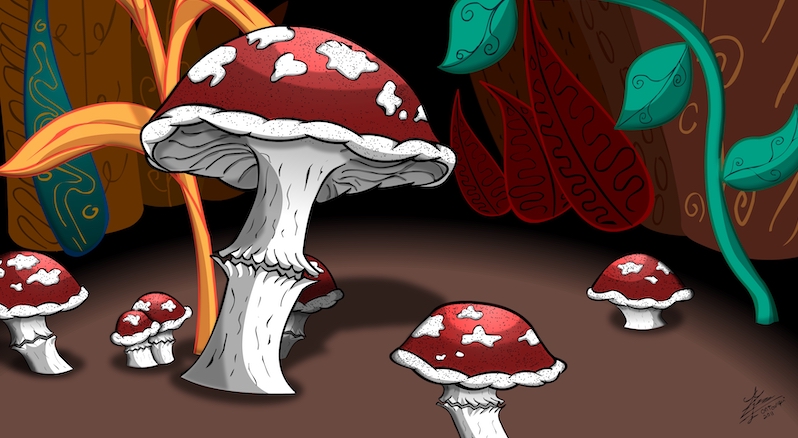 Aliya Whiteley on the Potency and Fantastical Imagery of the Fungi

In the deep dark forest sits a talking frog. It’s waiting to play a role in a very old story: the tale of a princess who will lose her golden ball and will beg the frog to help her retrieve it. But right now, the frog is biding its time, enjoying the damp and the murk. It sits, its enormous eyes alert, its green skin glistening, on a really recognizable mushroom.

As soon as I describe it, you’ll recognize it from illustrated fairy tales the world over. It has a bright red cap, circular, with raised, irregular white spots speckled upon it as if flicked by a paintbrush—for there is something artistic about it, with its tall white stem and its scarlet, almost orange, glow. When the cap is fully opened to flatness the delicate gills can be seen underneath with the white frilled lines radiating outwards from the central point. As it ages the color fades, and eventually it shrivels to yellowish-brown, its cap slowly drooping down to the earth until it returns to decay. Perhaps it’s the most familiar mushroom in the world; I think it’s simply beautiful.

It’s Amanita muscaria, the fly agaric, and when I came across it that first time, I was reading a big book of fairy tales. The illustrations for that story were light, airy, all palaces and prettiness apart from the picture of that dark forest. The trees crowded into the page, thick and gnarly, the weeds tangling around their trunks. The green frog and his seat provided the only color. The mushroom was spectacular.

And it’s everywhere. I’ve seen it in books, in films, and on websites. It appears in countless video games, from Mario to Assassin’s Creed. An advertisement tried to sell me tea this morning by putting a fly agaric next to their product—an interesting choice.

But the fly agaric is not as simple as it might seem; there are many questions about its usage and its history. Whole books are dedicated to its biology and its pharmacology. And the huge network of associations it creates in humanity, from myths to medicines, fairy tales to folklore, are equally matched by the fungal network of which it is a tiny part.

That red dome with white spots, nestling in the shade of a tree, is only the fruiting body created by a fungus living underground.

That red dome with white spots, nestling in the shade of a tree, is only the fruiting body created by a fungus living underground. And this, like many fungi, is mycorrhizal, meaning that it is involved in a symbiotic relationship with a plant—in this case, with the very tree it squats beneath.

It’s not too picky about the type of tree. It will communicate with the roots of pines, oaks, cedars, and birches, to name a few. As an ectomycorrhizal organism, it will permeate the cell membranes of the roots and form a large web of fungal growth spreading out into the leaf litter and detritus of the forest floor. There, it begins a delicate exchange of nutrients and information for the benefit of all parties, shifting carbon or nitrogen, say, to where it’s needed. Amanita muscaria is, like all life forms, involved in a very complex business.

But what about the imaginary fly agaric that we find in fairy tales? How did it become so famous, and why does it occupy such a particular space in our collective psyche?

Maybe it’s because of this duality at the heart of its existence: it’s both inconsequential and meaningful. It’s just a mushroom, right? A small squashy fungus that gets its name for a ridiculous reason: namely, the an old superstition that Amanita muscaria (“muscaria” being Latin for “fly”), crumbled into a saucer of milk, will attract flies and the mushroom’s toxins, seeping into the milk, will kill the feasting flies stone dead. A 2016 study conducted at the University of Ljubljana investigated the efficacy of ibotenic acid (found in fly agaric) prepared in a number of traditional Slovenian ways as a flycatcher and killer, but found varied results.

Flies are not the only species affected by it, though. The fly agaric, so easy to recognize, and so well-documented through the ages because of this fact, has long been known as a massively powerful hallucinogen. Ancient cultures have used the mushrooms as part of religious rituals; even the mildest of doses have been said to alter perception intensely. As the results are extremely unpredictable, it’s not safe to try out even the smallest of amounts, and the mushroom should be treated as poisonous.

The spirit of the fly agaric is, perhaps best captured by Lewis Carroll in Alice’s Adventures in Wonderland. The caterpillar sits on an unidentified mushroom and tells Alice that to nibble on one side will make her grow taller, while taking a bite from the other will make her shrink. The caterpillar speaks to her with disinterest, disdain. It’s not interested in Alice, or the mushroom it sits upon. What a very grown-up caterpillar it is.

“You’ll get used to it in time,” said the Caterpillar; and it put the hookah into its mouth and began smoking again.

The splashes of bright red color against the white snow and black trunks of the forests plunges the mind into a world of changing shapes, sizes, colors: a real wonderland.

This time Alice waited patiently until it chose to speak again. In a minute or two the Caterpillar took the hookah out of its mouth and yawned once or twice, and shook itself. Then it got down off the mushroom, and crawled away in the grass, merely remarking as it went, “One side will make you grow taller, and the other side will make you grow shorter.”

“Of the mushroom,” said the Caterpillar, just as if she had asked it aloud; and in another moment it was out of sight.

Alice remained looking thoughtfully at the mushroom for a minute, trying to make out which were the two sides of it; and as it was perfectly round, she found this a very difficult question.

We don’t get much description of the mushroom in Alice’s Adventures in Wonderland, but it’s not a stretch to imagine the fly agaric as its inspiration. It was part of Victorian culture as much as it’s part of the modern world; a popular symbol of good luck and cheer, appearing on many Christmas card illustrations. There’s one that particularly appeals to me: four happy little fly agarics, wearing neat, pointed shoes, burst through an elf’s front door, holding sprigs of holly and bringing seasonal spirit with them.

It’s possible that the link between the fly agaric and Christmas comes from the stories emerging from travelers in Eastern Europe at the time the tradition of cards first began to take off. These adventurers reported the use of Amanita muscaria as a gateway to hallucinogenic experiences in certain cultures. Imagine the splashes of bright red color against the white snow and black trunks of the forests of Siberia, plunging the mind into a world of changing shapes, sizes, colors: a real wonderland. It’s not surprising they began to pop up in all sorts of fantastical places, even in literature for children.

Thinking that, perhaps, it’s time to leave behind a childish perspective, I dig out my book of fairy tales and I take another look, this time with adult eyes. In the deep dark forest sits a talking frog. It’s waiting for the princess to come along so that it can have a conversation and be part of her story.

The fly agaric on which it sits is not waiting for anybody. It’s already having conversations with the trees and plants around it. It doesn’t need to be a part of the human world, but we have adopted anyway. We find it in our history and geography, in language and literature, in science and medicine and mythology. Go find one yourself and watch it grow; it might just change your perception. 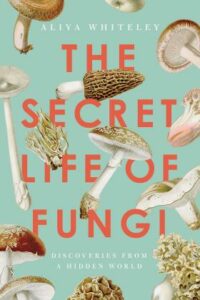 Aliya Whiteley’s writing has appeared in numerous places, including The Guardian, McSweeney's Internet Tendency and anthologies such as Unsung Stories: This Dreaming Isle and Lonely Planet's Better than Fiction I and II. Her novella for Unsung Stories, “The Beauty,” was shortlisted for a Shirley Jackson Award. Her recent novel, The Loosening Skin, has been shortlisted for The Arthur C. Clarke Award.

7 Novels For Living Out Your Cottagecore Fantasies 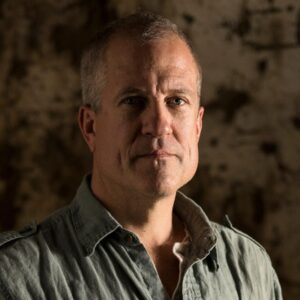