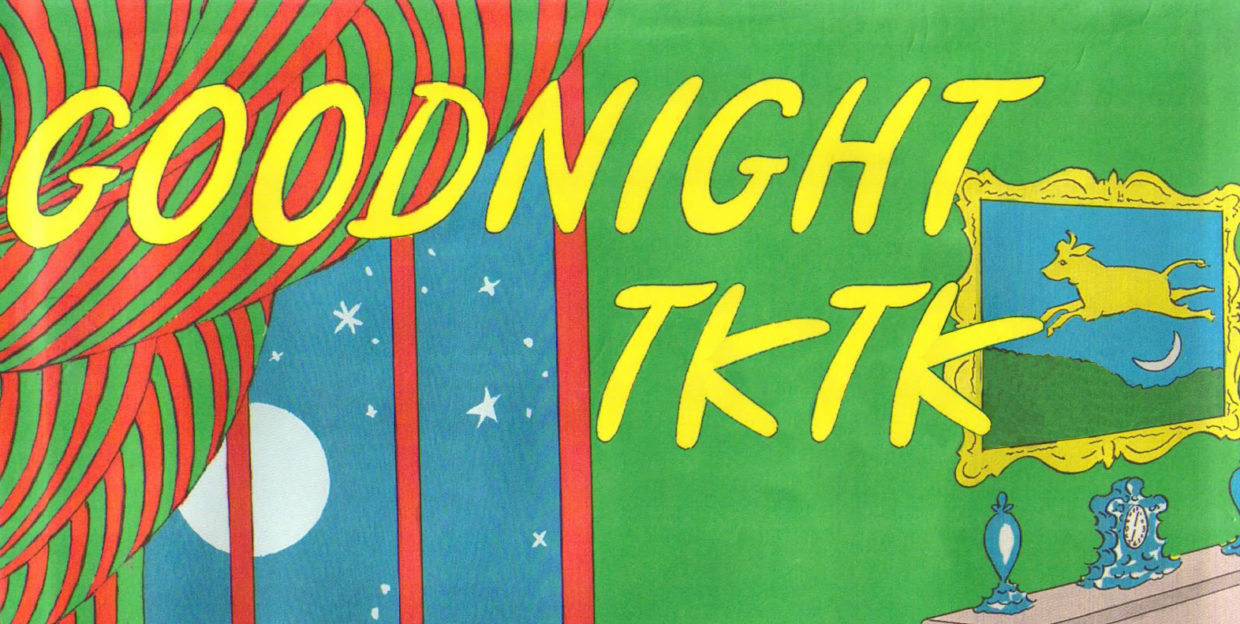 In Margaret Wise Brown’s most famous* children’s book, Goodnight Moon, a little bunny says goodnight to all the objects in its great green bedroom before falling peacefully to sleep. It’s pretty much the ultimate in plotlessness, which has not historically detracted from its appeal. Published in 1947 and illustrated by Clement Hurd, it has become a widely beloved American bedtime story. Not coincidentally, it has also been parodied many, many times. In advance of the anniversary of Margaret Wise Brown’s birth, I took a look at (almost) all of those parodies.

I have limited the list below to versions of the book that exist in full—that is, more than sketches, covers, or pitches—whether they are physically available or only digital. Also, I intentionally left out the political ones (there are a lot, as you might imagine: Obama, Trump, Bush, Zuma, etc), because I didn’t want to get angry today. (If you do, or if you already have naturally low blood pressure and can read anything, Goodnight Democracy will mess you up, man). Honestly, I found it very difficult to rank these, because on the whole they are basically adorable. As a result, they are ranked mostly on the basis of cleverness of concept and my own personal interest. For each one, I have reproduced the opening lines, so you can get a feel for the parody.

For the record, this is how the original book begins:

The cow jumping over the moon

And there were thee little bears sitting on chairs

And two little kittens
And a pair of mittens

And a little toy house
And a young mouse

*Runaway Bunny is also great, but one must make hard choices sometimes. It’s part of growing up! 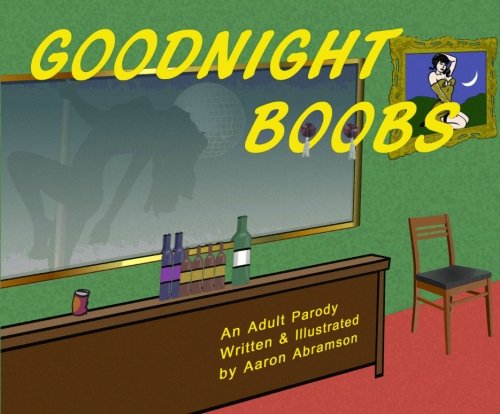 This one is not particularly cute. I can enjoy an adult parody with the best of them, but I mean—no one really needs this.

And a DJ mixing— 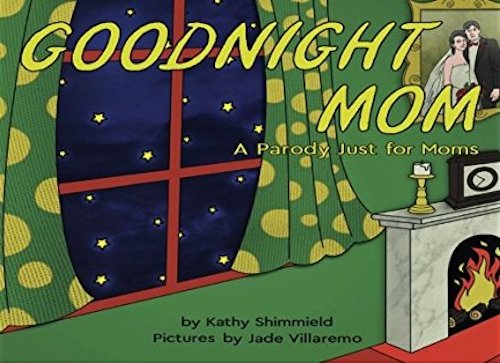 This portrayal of what it’s like to be a mom just kind of makes me feel sad. A cup to sip? What’s going on over there?

In the small silent room
There was a cellphone
And a red Merlot
And a picture of . . .

A wedding day long ago

And a rarely used bike
And a little kid’s trike

And two lazy dogs
And a pair of clogs

And a lamp, a cup to sip and a bowl with just one chip

And a quiet old radio playing tunes to hush 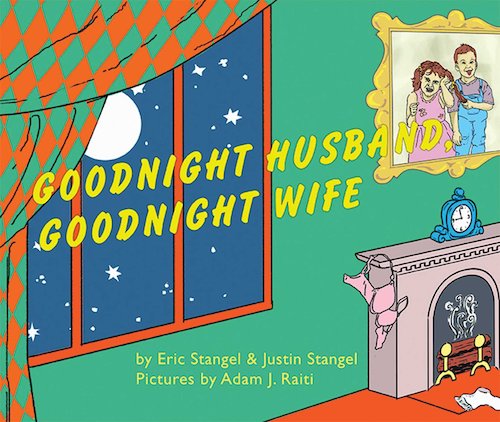 This one is also pretty depressing, and not just because of the concept of time lost to marriage and children, but also because of rhymes like “Goodnight breasts once perky and butt once firm / That all went to hell once egg met sperm.” At least the couple is in it together, though?

Larry and Renee on their wedding day 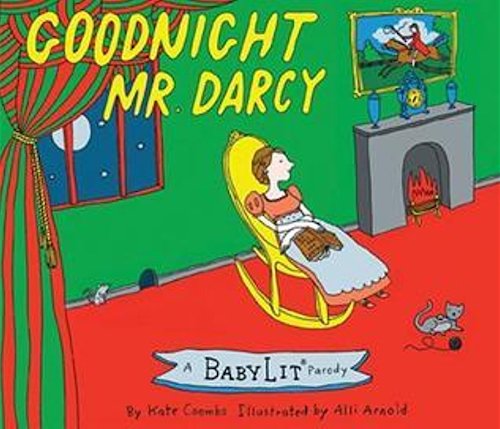 This seems an odd choice for a Goodnight Moon parody (all of the versions here that try to insert narrative wind up a little wobbly), but I suppose anything that gets kids into Jane Austen early is all right by me. 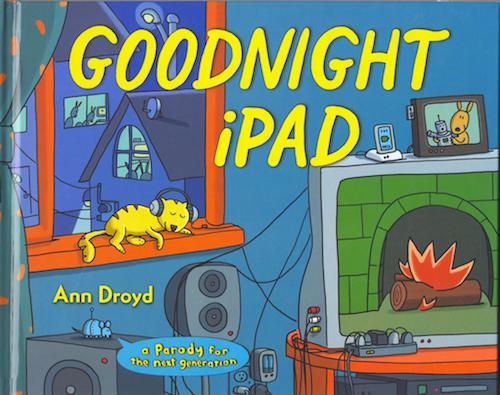 13.
Goodnight iPad: A Parody for the Next Generation, Ann Droyd

Everyone knows that technology keeps you awake, so the irony here is on point. But this technology already seems in danger of being obsolete. I mean, Nooks? Then again, Doom will never go out of style.

A bird launching over the moon

There were three little Nooks
With ten thousand books 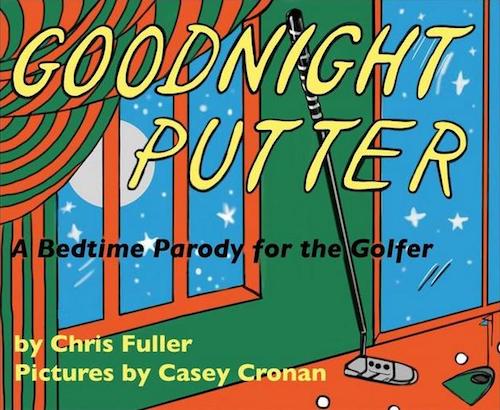 12.
Goodnight Putter: A Bedtime Parody for the Golfer, Chris Fuller

I admit that I am not anywhere close to the intended audience for this book, being as it is “dedicated to all those who believe that it’s impossible to think a clear thought, enjoy a good meal or get a good night’s sleep after a bad round of golf.” I know lots of you are out there, though. And even without knowing anything about golf, I do know that first joke about Ed is pretty funny, as parodies go.

In the golfer’s bedroom there was a framed score card
And a Scotty putter at the foot of the bed
And a photograph of his regular partner . . . 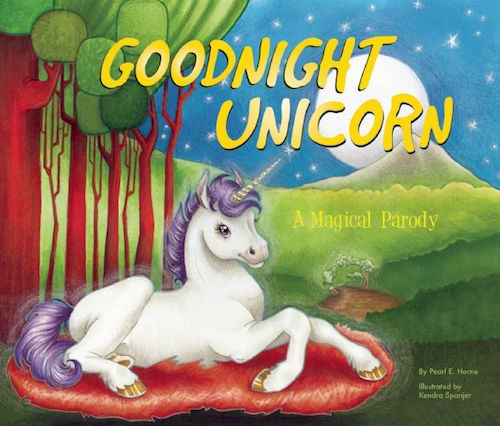 In the great green wood,
there were sweet hawthorns,
and breezes warm,
and a blessing of . . .

And there were three little fairies sitting on cherries.

And two drowsy foals being read to by trolls. 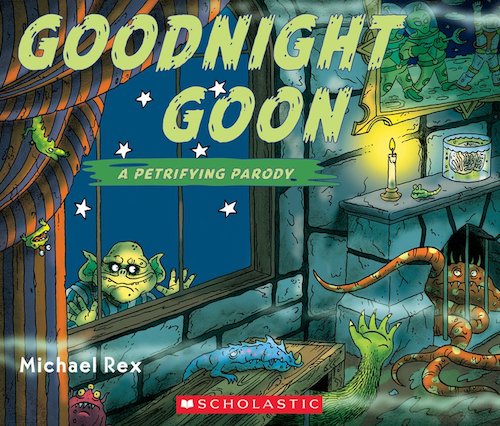 A hodgepodge of spooky stuff—kind of like a Halloween grab bag—that would be perfect for any burgeoning witch-child or young goblin. As Kirkus put it, “It’s something of a one-joke wonder, but what fun it is.”

Martians taking over the moon

And there were three little mummies rubbing their tummies

And two hairy claws
And a set of jaws

And a loud screechy bat
And a black hat 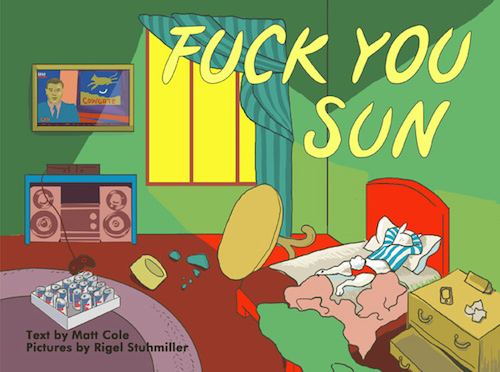 Not the most loyal parody on this list, but as illustrator RIigel Stuhmiller put it: “The little bunny of the original book is all grown up and has made some really unfortunate life decisions. This book chronicles ‘the day after.'” It is . . . not a good day.

Am I in my room?
Where’d I put my phone?
Man, it’s almost noon.
What’s this picture of? 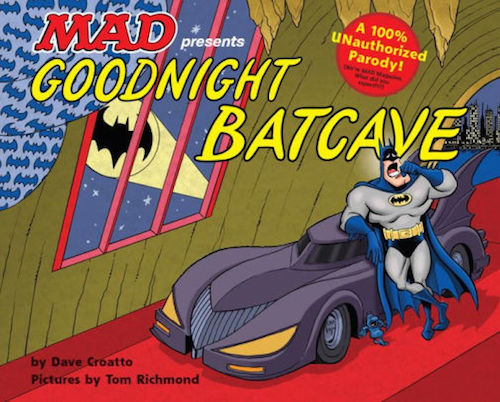 This is one bat who can’t get to sleep—there are too many bad guys to fight. Made by MAD Magazine, so you know just what you’re getting.

The rogues who have never behaved 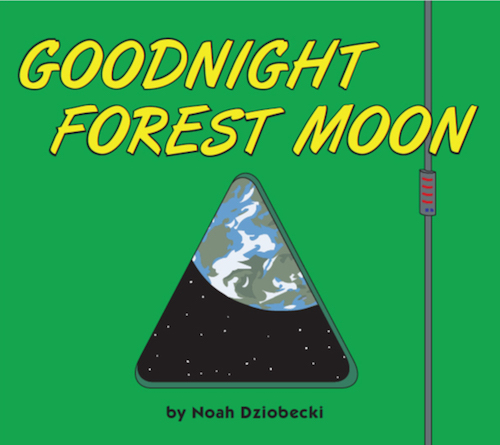 This one isn’t an actual book you can buy—designer Noah Dziobecki created it as a gift for a friend’s child’s first birthday—but if you’re a Star Wars nerd, that really shouldn’t matter. Find the whole thing—including instructions from Dziobecki on how to turn it from a PDF into an actual book—here.

The Executor flying over the forest moon

And there were three little tachs sitting on their backs

And two little ewoks
And a pair of macrobinocs

And a little TIE fighter
And a young scurrier

And a quiet old Sith who was whispering “shh” 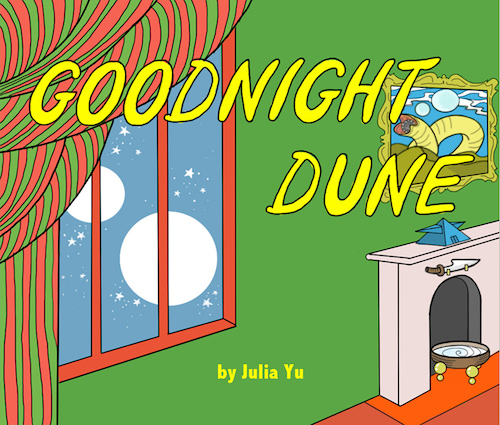 Two nerd parodies in a row! This is also another that does not exist in actual book form (as far as I can tell), but as it has been fully realized online, I’m including it here. Obviously it’s only funny if you’re familiar with Dune, but if you are, it’s the little details in the illustration that really make this one sing.

Shai-Hulud bursting out of the dune

And there were three fedaykin recruits fighting in stillsuits

And two imperial sardaukar
And a pair of gom jabbar

And a little toy keep
And a young muad’Dib

And a bene-gesserit witch whispering “they tried and died” 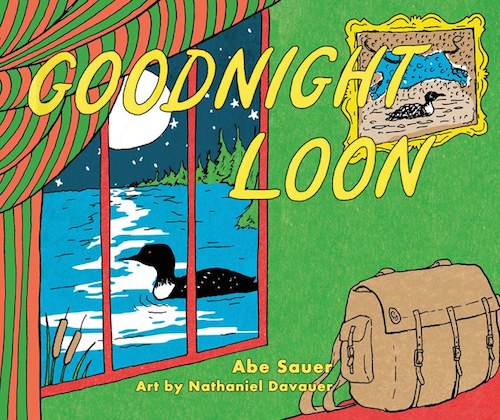 I am unusually fond of loons (ask my friends, zing), but if you are also a fan, or perhaps a Minnesotan, or a lover of the outdoors, or a Fargo enthusiast (Bemidji figures, go figure), I think you will find this version of Goodnight Moon quite charming.

The blue ox jumping over the loon

And there were three fat walleyes eating rhubarb pie

And two yellow canoes
And a pair of snow shoes

And little deer ticks
And snacks on sticks

And a rod and a fish and a tater tot dish

And a tired old voyageur who was whispering “shhh” 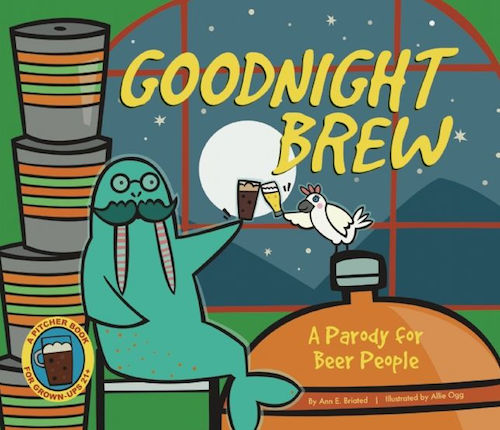 In the great brew room,
there was a kettle that shone,
and a gramophone,
and a pitcher of . . .

. . . a chocolate stout with two feathers of foam.

And there were three little otters in charge of the water.

For fermenting, some yeast.

And a hops wildebeest. 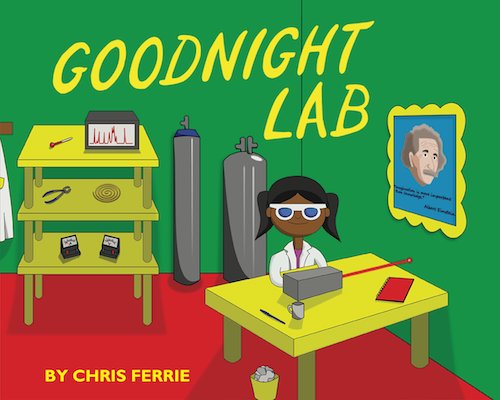 Two things elevate this parody: the cool science tech with her cool goggles and the grumpy professor, whose appearance actually made me, an Adult, laugh out loud.

Einstein with a stern look

And there were three sticky notes stuck to lab coats

And copper wire
And a pair of pliers

And a spectrometer
And a thermometer

And a pen and a coffee
And some crumpled rubbish 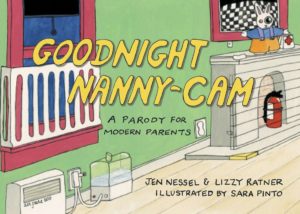 In a perfect meta-twist, this parody takes one of the books most often read to children and makes fun of the parents who are definitely still reading paper books to their children because they read somewhere that it was better for them, and also have you seen that YouTube video of the baby trying to swipe left on a picture book? Tragic.

And there was a musical concert by Baby Mozart

And a fireplace safety gate
And toys without phthalate

And a bilingual nanny who was whispering “hush” 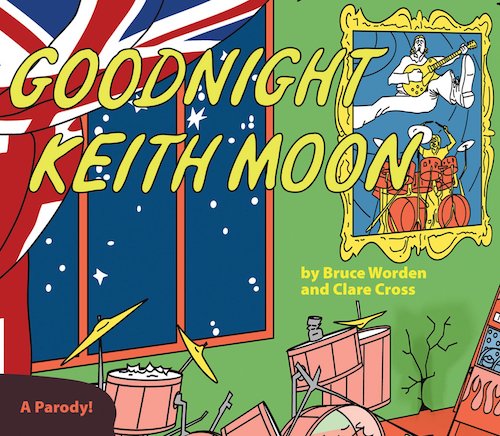 This one is . . . not for children. After all, the corpse of Keith Moon, legendary drummer for the Who, is right there on the first page. Edgy! But it’s the funniest one so far, and also (to my mind) the cleverest. The Moon indeed.

Townshend jumping over the Moon

And there were four little gents pissing on cement

And two broken sticks
And a pile of sick

And a little toybus
That was starting to rust

And some whiskey and fish and one more in a dish

And the ghost of Cass Elliot whispering “shhh”

You can page through the rest here.

Philip Roth on Mortality: "It's a Bad Contract, and We All Have to Sign It" 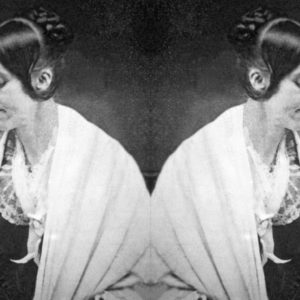 Novelist Philip Roth has died. | The New York Times There are a lot of Goodnight Moon parodies out there…...
© LitHub
Back to top
Loading Comments...