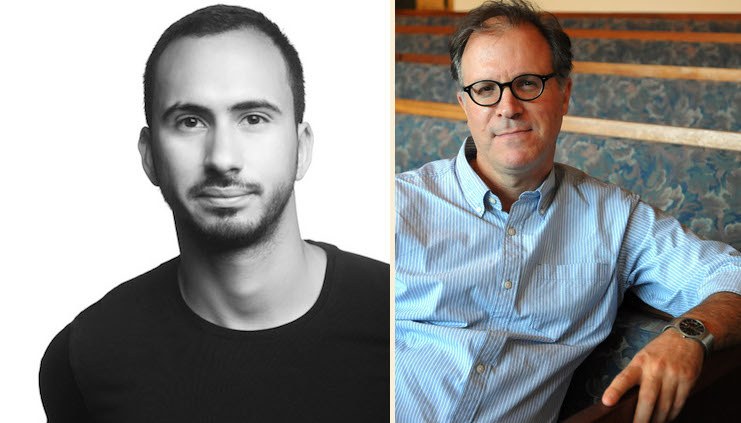 On November 8th, the world became narrower. How does this atmosphere bode for literature? The following dialogue between Ilan Stavans and Carlos Fonseca explores the implications on the international stage. Stavans is the Lewis-Sebring professor in Latin American and Latino Culture at Amherst College and publisher of Restless Books. His latest book is a Spanglish translation of Antoine de Saint Exupéry’s El Little Príncipe (Tintenfass, 2016). Fonseca is author of the novel Colonel Lágrimas (Restless Books, translated by Megan McDowell).

Carlos Fonseca: Italo Calvino once wrote: “The ideal place for me is the one in which it is most natural to live as a foreigner.” You were born in México into a Jewish family, but have been living in the United States for years, writing also in English, while I was born in Costa Rica, but moved early on to Puerto Rico, and from there to the U.S. and eventually to England. People could say we are from nowhere . . .

Ilan Stavans: Or from everywhere. On the surface, the election of Donald Trump, and Brexit before it (with Le Pen lurking, France might be next), are a refutation of globalism. But is such disavowal possible? Nations are conceits, their boundaries less tangible than ever. And writers are often nomads, wrestling with the location of home. In what sense is Irishness different in Dublin than in New York on St. Patrick’s Day, far away from the source? Joyce’s Ulysses was written in exile. Samuel Beckett lived most of his life in Paris.

Being an outsider is an integral part of me. My most patent fear is—has always been—that of becoming too comfortable anywhere. Literature is born out of discomfort. After all, comfort is the mother of complacency. This is the modern condition: uprootedness. We live at a time in which immigrants are vilified. Yet who among us isn’t a byproduct of immigration, directly or otherwise? The number of people today who are born and die in the same place is on the decline.

CF: I agree with the idea of literature springing from discomfort and uprootedness, of literature as something always in transit, as a utopia where the nomad can find a home. With the recent rise in xenophobic nationalisms throughout the world, it is crucial to stress this nomadic nature in the world of letters. Coincidentally, Calvino himself was born in Cuba, but left before turning two and spent the rest of his life in Italy. However, as a half joke, sometimes I tell friends to read him as a Cuban author. I like to think that literature is born out of these sort of venturesome displacements.

IS: What makes American literature American? Its polyphony. Washington Irving was a Hispanophile, Melville lost himself in the open seas, Lafcadio Hearn found his place in Japan, Eliot was a British dandy, Alice Toklas spent her best years in France, Jhumpa Lahiro now writes in Italian… Not nativism—not now, not ever. Trump, a most “unliterary” fellow, has built his empire by extending tentacles to places as remote as Scotland and Brazil, although, in this day and age, no place is “remote” anymore. Only people are remote.

Anyway, I am glad you started with Calvino. In my eyes, you’re a “Calvinist”: one of the things I love about Colonel Lágrimas is the tribute you pay to his minimalist viewpoint.

CF: Calvino is one of Borges’s successors, not only in that the two imagine what universalism means, but also in that their work is characterized by what Calvino referred to as “thoughtful lightness.” I associate this concept with the nomadic condition of literature you sketch above: the capacity to carry a library in a suitcase, where the world fits perfectly. Latin America is also polyphonic. In order to understand the power of this “thoughtful lightness,” it suffices to remember how Rubén Darío invented modernismo from Paris, how José Martí wrote a beautiful chronicle describing the monumental construction of the Brooklyn Bridge, or how García Márquez, in One Hundred Years of Solitude, imagined the gypsy Melquíades as a figure of literature itself. Borges and Calvino relieve us of the dullness and heaviness of tradition.

IS: It became clear in the 50s that the primary purpose of tradition was to awaken rebellion. Along the lines of what I was telling you a minute ago, I’m no longer sure there is such a thing as tradition in literatures. National canons are duffle bags where it is possible to find all kinds of surprises. How to understand, in the age of Trump, what Goethe called weltliteratur? As anything of literary value written anywhere. What is local is solipsistic. The “provincial” is nowadays a chimera.

To return to Calvino, one day I want to deliver a series of lectures inspired by Calvino’s Six Memos for the Next Millennium. From the moment I first read them, when they were published in 1988, three years after Calvino’s sudden death, I have been infatuated with their alacrity: lightness, quickness, exactitude, visibility, multiplicity, and the unfinished lecture, consistency. For me, the themes would be seven emotions: love, hate, envy, hope, fear, sympathy, and curiosity.

CF: It sounds like a fascinating project. Ricardo Piglia did something similar. Since, as you implied, Calvino’s early death impeded him from delivering his sixth lecture, Piglia tried to imagine it. And what he came up with, after reading Rodolfo Walsh, was that Calvino’s sixth thesis might as well have been about displacement: that the future might produce a type of literature that always leads towards another place, that is to say, towards the voice of another. Piglia’s thesis drew upon the way Walsh writes about and within the context of the atrocities committed during the Dirty War in Argentina, but I guess it allows us to rethink our current political context: as you say, literature is always running away from the solipsism of the local. But going back to your idea of the no-address, I want to ask you: Where do you feel at home?

IS: For me language is home. The true home of the writer is language. In that sense, I have not one but several homes: Yiddish, Spanish, Hebrew, and English.

CF: Makes sense: language—Heidegger knew it well—as a place of dwelling. In your case, given your family background, there is a strong bond to Jewish literature. And Jewish literature is, by definition, nomadic.

IS: It is stateless (by which I mean homeless) and multilingual. Think of French as the language of French literature, Italian as the language of Italian literature, and so on. Jewish letters have no loci. Henry Roth, the author of Call It Sleep, belongs to Jewish literature, as do Sholem Aleichem (Tevye’s Daughters) and Moacyr Scliar (The Centaur in the Garden), yet one is American, the second Ukrainian, and the third Brazilian. Israeli literature, as you know well, is only peripherally Jewish literature; not all Israeli writers are Jewish. Is Jewish literature “anational”? Its coordinates make me think of Pascal’s sphere: its diameter is everywhere and its center nowhere. Israeli literature, in contrast, is grounded: at its core, it rotates around a homeland made of different groups.

CF: Yes, it is an important fact to highlight: the ethnic diversity of Israeli literature. But let me connect Jewish and Latin American literatures. You recently published the book Borges, the Jew, which explores the essential parallel Borges draws in his essay “The Argentine Writer and Tradition.” For him, it is the marginal condition of these two civilizations, Jewish and Argentine, that allows them to playfully inherit different traditions. You talked about the Irish. Alongside the Irish, Jews and Latin Americans are drawn to the universal because of their so-to-speak marginal status.

IS: And so are Americans, don’t you think? Trump might not like it, but America isn’t only about exceptionalism but also about universalism. And French, Germans, and Italians now? Aren’t we, at the core, marginal beings, and yet we are all at the center? Maybe what you’re referring to is the quality of homelessness. Pablo Neruda’s poetry is about being drunk with wandering and about looking for love to cure the hangovers. Bolaño’s The Savage Detectives places two lost souls in Mexico at the end of the twentieth century. Yet the house itself is a feature in Latin American literature: the Buendía house in Macondo, Isabel Allende’s The House of the Spirits, Borges’s “The House of Asterion,” Vargas Llosa’s The Green House, and Cortázar’s “House Taken Over.” The borders around those houses are porous.

CF: And in the case of Borges, the aleph—a symbol where the local and the universal coincide perfectly, a symbol of the world itself—is hidden in the basement of a house located on a peripheral street of Buenos Aires. In the case of Bolaño, his characters are transient, crossing borders from north to south, from west to east. I’m especially interested, as of late, by this south-north divide. The Latin American writers of my generation, or even the generation that precedes mine, seem bent on thinking—and writing—through borders. I’m thinking of the recent boom of northern Mexican authors: masters like Daniel Sada, and younger authors like Yuri Herrera or the amazing Emiliano Monge, soon be published by Restless Books, and a series of novelists exploring the figure of the famous “Death Train” bringing Central American migrants to the U.S. Crossing the border becomes a figure for writing. In your case, there is a convergence of Mexican and Jewish themes.

IS: That convergence feels like a springboard. Somehow the Jewish writers I frequently return to are Kafka, Bruno Schulz, and Isaac Babel. None of them felt comfortable in their homeland: Is Kafka Czech or German? Schulz was killed by a Nazi in his native Drohobych, Poland. And Babel is a Russian author with an asterisk: not quite an insider.

For me, Carlos, the most distilled feature of Jewish literature is its “translationality.” The word sounds obnoxious. What I mean by it is the impossible fact that, as a Jewish writer, you are always translated. If language is home, home is built with bricks that are only partially yours.

CF: I love, in this regard, the story of the translation of Witold Gombrowicz’s Ferdydurke into Spanish. During the Second World War, Gombrowicz lived in exile in Argentina. With a group of friends who spoke little Polish (like Cuban writer Virgilio Piñera), Gombrowiz—who, in turn, spoke very little Spanish himself—was able to co-translate his novel into Spanish, and in the process became a central force in the Argentine literary tradition. Literature is always building upon this sort of dialogue, full of misunderstandings, impurities, and deviations. As Piglia says, exile is another form of utopia. And I would add: all writing is a sort of exile, a movement towards another language. 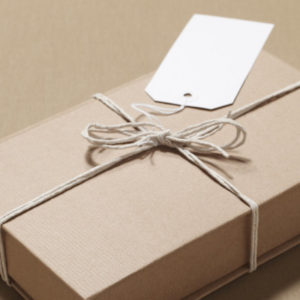 It’s the season for giving, and this year it seems more fitting than usual to bestow gifts that will have a wider impact....
© LitHub
Back to top