All the President’s Shakespeare

Fiction/Non/Fiction, No. 6: High Drama and Villainy in Trump's White House

In episode six of Fiction/Non/Fiction, V.V. Ganeshananthan and Whitney Terrell talk political betrayal past and present with novelist Jess Walter and poet Kiki Petrosino. Jess Walter once interviewed an ailing Mark Felt, aka “Deep Throat” of Watergate fame, and he gives us the skinny on the literary qualities of Nixon, Trump, Flynn, New York mobsters, and his 2005 novel Citizen Vince. Plus, would John Gotti have liked the president? On the eve of the release of her new book, Witch Wife, Kiki Petrosino talks to us about Macbeth‘s witches and how Shakespeare can help us decode our current age of political skulduggery. What Trump administration officials would you cast in Macbeth?

All the President’s Men, by Carl Bernstein and Bob Woodward · Citizen Vince by Jess Walter · Witch Wife by Kiki Petrosino · Shakespeare: The Tragedy of Macbeth, The Tempest, The Tragical History of Hamlet, Prince of Denmark

“It certainly has the narrative elements. There’s no doubt. But what it doesn’t seem is that other hallmark of literature—thematic depth or intelligence.”

“Self-interest is the weather vane everywhere, but especially in Washington. When the self-interest winds blow them the other way, it’ll be amazing. Mitch McConnell will act like he’s never even met Donald trump. Four years from now.”

“I think he is a narcissistic cipher. You like Trump and Trump likes you. There cannot be a more easy character to manipulate, to use. I look at what the Republicans have sacrificed to get this tax cut across—this is going to be their legislative victory. I think it’s the last gasp of really a dying party, that’s out of touch with demographics, that’s out of touch with so much. There will be betrayals as soon as it’s in people’s self-interest. The rats will scurry away, I think, from the ship. And I can’t wait to read whatever that All the President’s Men is in 2020 with President Booker and with Senate and House majorities for the Democrats and some sanity restored.”

“We like to give our criminals much more credit than they deserve. You know who John Gotti was. He was the guy who knocked you down and took your lunch money…. Their charm is to get what they want. Whitey Bulger ran the Boston mob and he was an FBI informant the whole time…. Gotti and Trump come out of the same 1970s-80s greed furnace that was Manhattan. In fact, Gotti, if he were still alive, might actually be head of the EPA. People forget that Ronald Reagan was the first one who said let’s make America great again. That comes directly out of Reagan’s speeches. Trump is a child of this moment and this time, and his appeal to that nostalgia, to Americans who thought the Reagan years were the greatest, is one of the many reasons—none of which speak too well of myself and my countrymen and women—he got elected in part because of this appeal to that kind of nostalgia.”

Whitney Terrell on Macbeth and what makes bad guys so interesting

“Macbeth had somewhere to fall from. He had real accomplishments. He had done things. He was, in fact, thought of as a good man at the beginning of the play. The play is, in part, about his decision to become evil, in essence. His decision to betray people… Macbeth’s story is a lot more like people who have come into the administration who had good reputations and then have sullied them as they have been in the administration.”

“And what’s amazing about the play that I think is useful, is how quickly one thing leads to another. Like, okay, if I’m going to kill the king, then you know, then I also am gonna have to kill Banquo and his son, because that’s part of the prophecy too, and then I’m gonna have to kill all of Macduff’s family, and then suddenly you’re in a mass slaughter. The way that it escalates for Macbeth is really interesting.”

Kiki Petrosino on Michael Flynn, Banquo, and who the witches might be

“If you remember, at the beginning of the play, Banquo has a different reaction to the prophecy than Macbeth does. Macbeth is like. ‘Yes, this is all gonna happen, can’t wait, wow, this is amazing,’ and Banquo basically does the verbal equivalent of a shrug. He’s been told that his progeny will be kings for generations, but he says to Macbeth, ‘Devilish figures can tell us half-truths to purposely lead us to our harm,’ so he’s less willing to fully believe in the prophecy or allow the prophecy to dictate his actions. So to the extent that Flynn knows things about the Trump administration that maybe Trump doesn’t want to get out there—there is this sort of shared knowledge that they may have, but Trump does seem to be a bit more isolated in his approach to power. One cannot really point to a companion in the same way that we would think about Macbeth and Banquo.”

“I would entertain an argument that would figure the media as maybe the witches. You know, the prophecy of, you’re going to be the king.”

“The problem with trying to draw these sorts of lines is that you run into the issue of the fact that Macbeth and Lady Macbeth, they express a great deal of guilt and remorse for the actions that they commit. And many of the most beautiful passages in Macbeth are about them contending with what they have done—because Macbeth has the capacity for empathy, he has the capacity to understand the pain that he’s causing. And Lady Macbeth as well. That’s what gives rise to some of the most wonderful language that we have in the play. When I look for that empathy and when I look for that capacity for remorse or something or course correction after a mistake [in the Trump administration] I don’t see it.”

V.V. Ganeshananthan on the misuses of language, and Steve Bannon as a Shakespearean villain

“Macbeth and Banquo are very different readers. Macbeth views Banquo as a rival, and we’ve watched the administration put so many people who were initially its allies on some sort of chopping block. I’m waiting to see what happens to Nikki Haley, who has just said that she thinks even women who have accused President Trump of some sort of sexual harassment or sexual assault should be heard. But we’ve seen this sequence of people go down, just as Banquo himself goes down. So I wonder if we can put Banquo into that analogy.”

“I feel like Steve Bannon belongs in a Shakespeare play, but I can’t figure out where he goes. Because he’s so gifted at manipulating people. It seems like the extreme right is getting everything that it wants in so many ways.”

“I feel like there’s something also there about supernatural elements and the slipperiness of language. Because in Macbeth, Macbeth reads the prophecy one way and he’s being given this language—I guess, to speculate on the intent of the witches—the witches are toying with him and they’re toying with him by using terms that can be interpreted in different ways and he chooses to interpret them in the way that is favorable to him, and then insists on his version of the truth, and then when it turns out that his reading was wrong, that his understanding of the language was imprecise, that he was a bad reader…. I like the way that that helps us to understand the importance of precise language and the power of language.

There’s been quite a lot written, and I think rightly so, about the way that the current administration uses language, denies the possibility of using precise terms, through repetition has created its own kinds of language, and has made a kind of almost incantatory version of its own spell to say what it is that the rest of us ought to believe, in flagrant disregard of the way that fact actually operates.”

The Final Days by Bob Woodward and Carl Bernstein
*
Collusion: Secret Meetings, Dirty Money, and How Russia Helped Donald Trump Win by Luke Harding
*
Day of the Jackal by Frederick Forsyth
*
Shall We Tell the President by Jeffrey Archer

"At Last the Escalade" 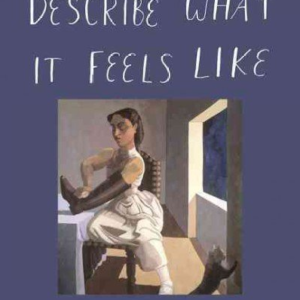 "At Last the Escalade"

Well worth it, well worth it, the last of the legendary glaciers and cell phone service besides. They have seen a wolf and bighorn...
© LitHub
Back to top
Loading Comments...