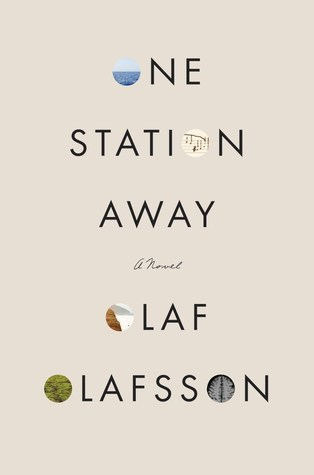 The following is from Olaf Olafsson’s novel, One Station Away . From the critically acclaimed Olaf Olafsson, an intimate yet sweeping story of a New York neurologist and the three women who change his life. Olaf Olafsson is the author of three previous novels, The Journey Home, Absolution, and Walking into the Night, and a story collection, Valentines.

I could hear the sea. That was perhaps an hour after I became paralyzed, although I couldn’t be sure as I soon lost track of time. The shoreline up here is rocky and draws in the waves; it is only when you get down to the village that the beach becomes sandy. Before lying down, I had opened both windows and placed an alarm clock beside the bed so that I could see the time, but then changed my mind and put it in the drawer, removing the batteries because it has a loud tick. Of course, I needn’t have put it in the drawer at all, but I didn’t realize that until later.

Once I got used to the ventilator and my heartbeat slowed, I could hear the birds in the maples. Later I heard voices in the garden, clear at first but gradually becoming fainter. They were women’s voices, and I pictured a pair of doctors or nurses, their shift finished, walking together to the staff parking lot, which for some reason has never been paved. Perhaps they were discussing the coming weekend, for their voices had a tone of anticipation, especially the one I imagined belonging to the younger of the two. They walked slowly, stopping twice and laughing heartily the second time. Then two cars started up, neither powerful, I imagined, and slowly began to move on the gravel in the calm sunshine. One of the women turned on the radio and rolled down the windows as she drove away.

Simone would have helped me but I couldn’t ask her. First she would have tried to dissuade me, I am sure, before shrugging the way she often did, and saying that if I were bent on trying this then I should just get it over with—or words to that effect. We have been colleagues for almost eight years, and she knows that when I am set on doing something, it’s not easy to get me to change my mind. Best get it over with, she would have said, insisting on administering the medication and the ventilator herself. But I couldn’t ask her, not after her episode with the speech therapist. There is always the risk that something may go wrong, and Hofsinger, the department chair, isn’t known for his tolerance, especially where Simone is concerned. That’s why it was best she knew as little as possible.

Anthony was flattered when I asked for his help. He is young and so full of ambition that I find it sometimes painful to watch him. However, he is conscientious and hardworking and will almost certainly go far, though I doubt he will make any memorable contribution to medicine. I expect he will end up in a managerial post, like Hofsinger. The two men aren’t so different, except that Anthony is a novice and has to learn to keep himself in check. I have noticed how he behaves with people he considers beneath him, and I can see which way he is heading. Simone finds him unbearable, but I can’t help smiling.

Anthony didn’t ask any questions; he just looked at me and then at the signed statement I handed him. He is tall and fair-haired and while he was glancing at the document it occurred to me that he could do with a visit to the barber; his hair was too long at the back. He adjusted his glasses, but I was too impatient to wait.

“I need to ask you to give me succinylcholine and keep me breathing while I lie there. This is just to confirm that I asked you to assist me and that I take full responsibility.”

He wrinkled his brow as though my words puzzled him. “In case anything goes wrong,” I added.

“Nothing will go wrong,” he said. “You know I worked as an anesthetist for more than a year.”

“That’s why I came to you,” I said. “I have complete faith in you.” He straightened up.

“No, on Friday. When things are quieter.” He looked again at the statement. “Vecuronium bromide.”

“I’ll give you vecuronium bromide. Succinylcholine may cause muscle spasm, and besides, its half-life is too short. It can only be used with anesthetic.”

“Let’s keep this between the two of us,” I said.

He nodded and said nothing more. He didn’t seem curious to know what I was up to, which didn’t surprise me. When she is feeling uncharitable, Simone calls him “the robot,” but I simply see him as one of these scientists who primarily think about how best to do something, not why it needs doing. And that’s exactly what I needed this time.

This was on a Tuesday, a week after Mrs. Bentsen, an elderly lady who had been in a coma for several months following a stroke, died. Simone had thought we should give her an MRI scan, but I agreed with Hofsinger that this was unwise. Simone took it badly, but he was right. We didn’t have our own scanner at that time, and although, according to her daughter, Mrs. Bentsen was young for her age (she lived on her own and did the crossword every morning with her coffee), we couldn’t ignore that she was in her eighties. I said this to Simone, as I saw no point in arguing with her over whether Mrs. Bentsen was conscious or not. I said: “She hasn’t got long to live in any case.” I knew it sounded harsh.

“What if she were your mother?” she asked.

“My mother’s only seventy,” I said, smiling.

It was then that I remembered her birthday. My father had mentioned it in a letter at Easter, but it had slipped my mind. I should do something for her, he had said, give her a surprise—make her happy. She certainly deserves it. I know you’re busy, but perhaps you could find the time to celebrate with us . . .

I’d had to put the letter down and take a deep breath. At first glance, his words appeared completely innocent, and yet I felt he was accusing me of being neglectful, in his usual insidious way. Needless to say, I hadn’t heard from him since, no doubt because he thought he had said enough and now it was up to me. I had put off replying, and then forgotten all about it until a month later when I was in Paris for a conference. He doesn’t use e-mail, and I find speaking to him on the telephone uncomfortable, so I bought a postcard at a kiosk and sent it that afternoon.

I’m in Paris for a few days at a conference. It’s cold here. I heard Chopin in a café and I thought of you both. Speak soon. Best wishes, Magnus Colin.

I remembered those lines as I stood in Mrs. Bentsen’s room, watching the thin curtains stir in the breeze. Her daughter had taken her things away the day after she died, and yet I could still feel the emptiness the old lady had left behind. It usually disappears within a week or so, sooner if a new patient moves into the room. Some like to think it’s the spirit or soul lingering on, but the fact is, it’s only natural that those who know the patient need time to get used to the change. It isn’t only believers who have trouble accepting this explanation, which is why I keep it to myself. I refrain from pointing out that anyone entering Mrs. Bentsen’s room for the ﬁrst time the day after she passed away would have been unaware of this emptiness. In any case, it was while I was standing in her room on that Tuesday in June, watch ing the curtains ﬂutter and reﬂecting on Chopin, the postcard I had sent with a picture of Pont Neuf, and my mother’s birthday, that I decided, more or less out of the blue, to ask Anthony to give me a dose of succinylcholine when things quieted down at the end of the week.

From One Station Away. Used with permission of Ecco, an imprint of HarperCollins Publishers. Copyright © 2017 by Olaf Olafsson.

All the President's Shakespeare 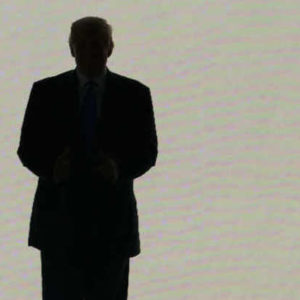 All the President's Shakespeare In episode six of Fiction/Non/Fiction, V.V. Ganeshananthan and Whitney Terrell talk political betrayal past and present with...
© LitHub
Back to top