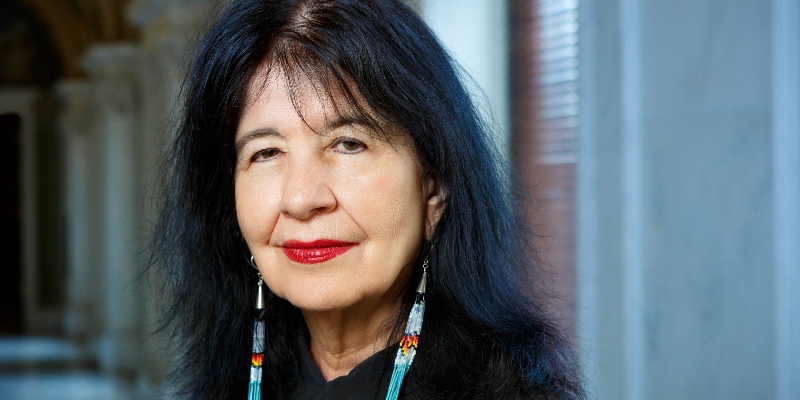 Paul Holdengräber: In 1993, you said, “Sometimes I feel that I write as a painter.” I’m wondering what you meant back then and if you still feel that way 30 years later. And since we began with Rilke, as you well know, Rilke was the secretary of Rodin, was so, so powerfully impressed by Rodin’s work and so powerfully impressed by Cézanne’s work, and always felt that “I’m just a poet with a pen, and Rodin had marble to carve.” And I’m wondering how it is for you, when you think that sometimes when you write you write as a painter.

Joy Harjo: I started out as a young artist. I was always drawing and painting, and I had some work in shows like when I was in sixth grade. And then I was an art major, went to Indian art school and so on. And there was a moment when I realized I had to—as a young mother going to school, I could not do two arts. I had to concentrate on one. So I left painting. But I always felt at least my early poems were usually very image-driven. I’m not going to say imagistic because I’m not trying to suggest that school of poetry. And that’s what I meant. I felt then when I made that statement that I was writing like a painter.

Before the poet laureateship was announced, I was getting ready to start painting again. That was my plan. And my plan was to do a new album of music, and I had most of the songs ready. I have a musical play that was called We Were There When Jazz Was Invented that I’m starting to work back on now, and I’ll be writing songs for that and revising the play that will show that Native people were part of the origin story of blues and jazz. But I also wanted to start painting again. And so, once the poet laureateship was announced, I had to move that.

Paul Holdengräber: They didn’t let you get back to being just a painter but said, Joy, you need to remain a poet as well.

Joy Harjo: Yes, that’s fine. I can always be a poet who paints, too. Or my saxophone, in the tune that you’ll hear this morning, I Pray for My Enemies, I play soprano sax towards the end of it. And for me, the saxophone voice, and I play flute, all of it is still the poet voice.

Joy Harjo is an internationally renowned performer and writer of the Muscogee (Creek) Nation. She is serving her second term as the 23rd Poet Laureate of the United States. The author of nine books of poetry, including the highly acclaimed An American Sunrise, several plays and children’s books, and two memoirs, Crazy Brave and Poet Warrior: A Call for Love and Justice, her many honors include the Ruth Lily Prize for Lifetime Achievement from the Poetry Foundation, the Academy of American Poets Wallace Stevens Award, two NEA fellowships, and a Guggenheim Fellowship. As a musician and performer, Harjo has produced six award-winning music albums including her newest, I Pray for My Enemies (Sunyata Records). She is Exec­u­tive Edi­tor of the anthol­o­gy When the Light of the World was Sub­dued, Our Songs Came Through—A Nor­ton Anthol­o­gy of Native Nations Poet­ry and the editor of Living Nations, Living Words: An Anthology of First Peoples Poetry, the companion anthology to her signature Poet Laureate project. She is a chancellor of the Academy of American Poets, Board of Directors Chair of the Native Arts & Cultures Foundation, and holds a Tulsa Artist Fellowship. She lives in Tulsa, Oklahoma.

Daring to (Think About)
Travel Again 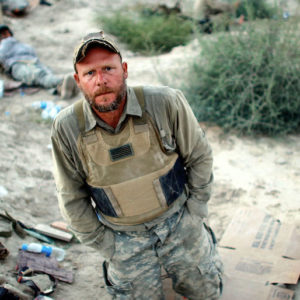 Afghan heart. We saw David Gilkey as an American with an Afghan heart. From his first trip here in September 2001, he made...
© LitHub
Back to top