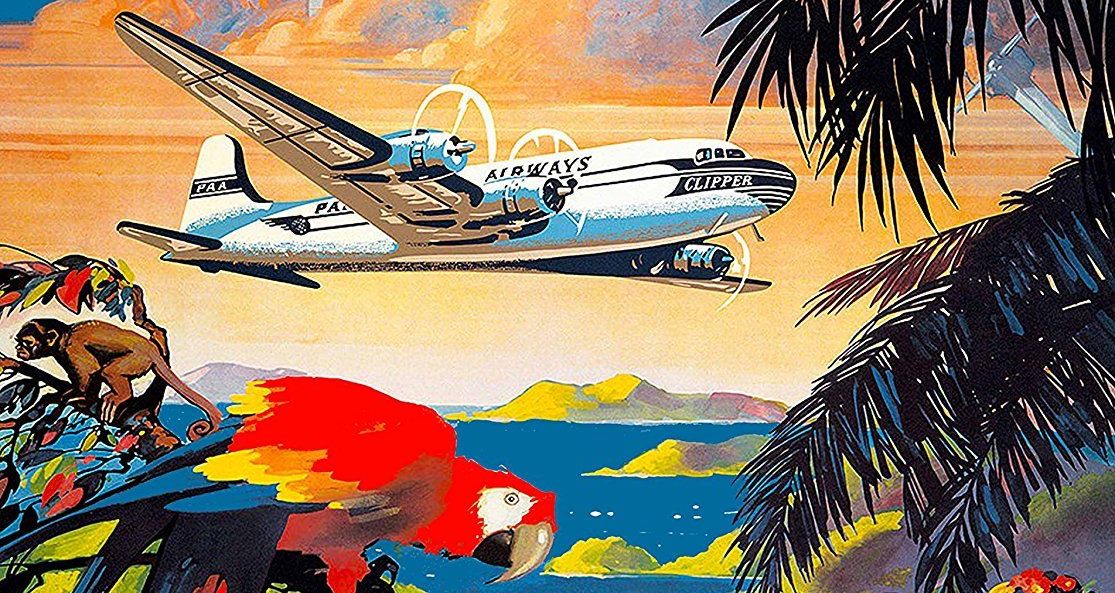 Daring to (Think About)
Travel Again

Charles Wheelan: When Exploring the World is a Part of Family Life

Something extraordinary happened in early January. Yes, there was the insurrection and the impeachment and the inauguration. This was more personal and more fun: I opened my journal, and—for the first time in a nearly a year—I added to the list of places I hope to visit at some point in the future: Marrakesh; Paris in the winter; Siberia; Saipan.

The list is aspirational. But it is no longer impossible. With vaccine distribution underway, we can all begin thinking about exploring the world again. When exactly will I get the vaccine? I don’t really care, honestly. What matters is that sometime in the spring or summer the implicit international travel ban will end. Part of the joy of global travel is in the dreaming and the planning. We can do that again regardless of when the first or second dose is coming.

I have not been on a plane in nearly a year. In April of 2020, my Outlook calendar would remind me of the flights I was supposed to be on: San Francisco, Miami, Chicago. All canceled.

My dress shoes gathered a layer of dust in the closet, both because everything below the waist is irrelevant for Zoom meetings (with some behavioral exceptions), and because the only time I get my shoes shined is in airports. Also, if I’m being completely honest, there has not been a lot of dusting going on.

Each canceled trip in those early months felt like found time. But soon the fun travel fell victim, too. No graduation trip with our oldest daughter to the “five stans” (Kazakhstan, Kyrgyzstan, Uzbekistan, Turkmenistan, Tajikistan). No golf with college buddies in Scotland. No wedding anniversary trip to Italy. I did not even do preliminary Google searches.

How could we dream about crossing an ocean when, as a New Hampshire resident, I was forbidden from crossing the Connecticut River into Vermont (unless I quarantined there for two weeks)? The result was a strange kind of claustrophobia, as if someone had taken away our passports as we awaited trial. Never mind the safety issues related to flying; most countries in the world would not let us in.

Let me be clear: Not being able to visit Paris in the winter was hardly the worst part of this horrible, deadly pandemic. However, it was one more layer of psychic damage, particularly the never-ending feel of it. We are a family that likes to travel. When we are not traveling, we like to envision the next adventure.

Each canceled trip in those early months felt like found time. But soon the fun travel fell victim, too.

After college graduation, I traveled around the world with my girlfriend Leah (now my wife of twenty-eight years, with whom I wanted to take that anniversary trip to Italy). We were in Tibet in 1989 when the Chinese cracked down ruthlessly on Tibetan protesters in a way that presaged what would happen in Tiananmen Square months later. We watched from the lobby of our hotel as tanks rolled through the street.

We passed through Eastern Europe as the cracks were emerging in the Berlin Wall. In Budapest, the government had lifted its ban on books that had been illegal since the communists took power forty years earlier. We could literally see freedom breaking out in the form of booksellers with makeshift tables stacked with titles like 1984, Animal Farm, and the like. It was a time when one could disappear, only to resurface to pick up mail at an American Express office at some appointed time. The whole trip cost each of us about the same as a Honda Civic. Exploring the world became part of our family DNA.

I am now a professor, and each fall for more than a decade I have traveled with my students to fascinating places: Madagascar, Rwanda, Israel and the West Bank, Liberia, Colombia. The family has usually come along.

Our son CJ was five when he inadvertently insulted the dictator of Madagascar. (The U.S. had withdrawn our ambassador in protest of a rigged election, but the Embassy blessed the meeting between my students and the president because of its educational nature.) As we walked into an ornate conference room, the president, a former disk jockey thrust to power by the country’s oligarchs, was sitting in a throne-like chair beneath an enormous airbrushed portrait of himself. CJ stared at the enormous portrait. He looked down at the real-life version. And then he bellowed, “Why is he so much uglier than his picture?”

Our daughter Katrina had been to so many unusual places by middle school that when I eventually took her to Washington, DC, she scurried out of the hotel bathroom and asked, “Can I drink the water here?”

The boldest family adventure began in the fall of 2016 when the Wheelans set out on a family “gap year”: nine months, six continents, three teenagers. The most exciting part of that adventure was the liberating feeling that we could go anywhere. We planned the trip for years. Some of it was laborious—arranging leaves from work for both my wife and me; renting out the house; finding a temporary home for the dogs. But most of it was glorious: looking at a map of the world and seeing nothing but possibilities. The rough plan was to go around the world. Which direction? Which continents? The possibilities were endless and alluring. I would sit on the back porch at night and study an atlas of the world.

Slowly, we began to drop pins in the map: South America first because it would be spring; the Galapagos for Thanksgiving to meet my brother and his family; New Zealand in January because we had hut reservations for a trek on the South Island; Mumbai in the spring to visit friends.

And then we took off. We arrived in Cartagena, Colombia, in September of 2016 with no specific near-term itinerary other than a broad plan to move down the west side of the continent to Patagonia. There were places we wanted to visit—Machu Picchu, the Bolivian salt flats, the Amazon—but there was no defined plan for connecting them.

It is possible to begin planning and dreaming again, even if one cannot yet jump on a plane to Cape Town.

Months later, we crossed the Pacific to New Zealand, and then Australia and Southeast Asia. Our flexibility made the travel remarkably cheap. We took overnight buses and trains (which generated added savings because they eliminated a night of lodging). We traveled on the cheapest airlines at the cheapest times.

Our flight from Dubai to Berlin left at 4:20 in the morning. When the taxi arrived at Dubai’s huge, gleaming airport, we did not see our flight on the departure board, or even any sign of our airline. It turned out that our flight departed from the old airport, which is the infrastructure equivalent of a crappy car that a family keeps for the kids to use. We eventually made our way to the correct airport, where the only duty free shopping was a small kiosk with a man selling nuts. The flight at the gate next to ours was going to Kabul, Afghanistan.

I will admit that when we returned from our global adventure, I was in no mood to get back on an overnight Indian train. (There was an unfortunate vomiting incident on the twenty-hour trip from Kochi to Mumbai.) I took delight in consistently warm showers with good water pressure. I slept in the same bed on consecutive nights. I was reacquainted with the comfort of cashmere sweaters.

And yet the arrival of the coronavirus felt like the door to part of our lives had been bolted shut. The worst part of it was not the home confinement; it was that the pandemic precluded even fantasizing about the places we might go next. The New York Times travel section became the allegory for this dark period, as it shriveled and then disappeared entirely.

Those dark days are over. It is possible to begin planning and dreaming again, even if one cannot yet jump on a plane to Cape Town (or cross into Canada, or even go to Vermont). I was inspired to add to my travel wish list after reading an article in the New York Times Sunday Review of Books called “52 Places We Love.” I have had conversations with friends and family that include phrases like “Maybe by spring,” or “Definitely by fall,” or “When we get the vaccine.”

There are plans again, even if the details are uncertain. I can now sit on the couch with a glass of Scotch and imagine golf at Royal Dornoch in Scotland, or visiting Lima to see a high school friend in the diplomatic corps, or maybe even traveling to the five “stans” as a belated graduation celebration. 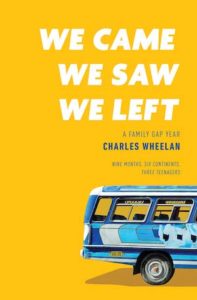 Charles Wheelan’s We Came, We Saw, We Left: A Family Gap Year is out now from W.W. Norton and Company.

Charles Wheelan is the author of the best-selling Naked Statistics and Naked Economics and is a former correspondent for the Economist. He teaches public policy and economics at Dartmouth College and lives in Hanover, New Hampshire, with his family.

Tracy K. Smith and Kawai Strong Washburn on Biden's Debts to His Base (Especially Black Women) 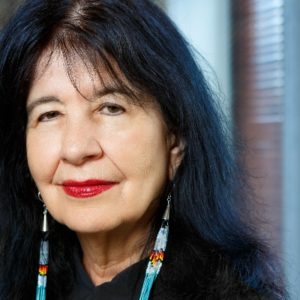