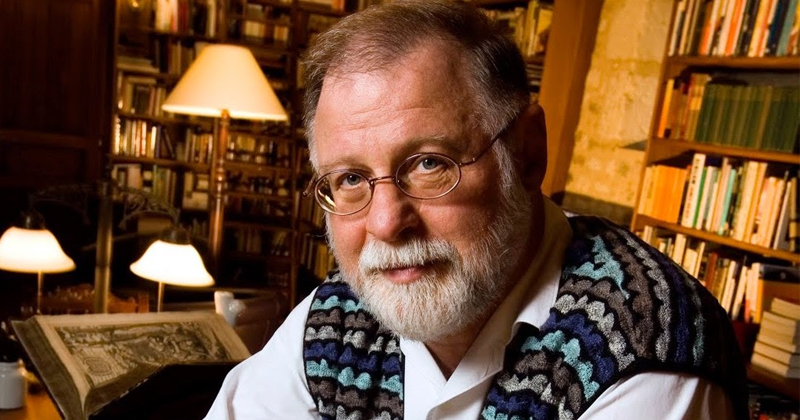 In this episode of A Phone Call from Paul, Paul Holdengraber talks to Argentine-Canadian translator and essayist Alberto Manguel. The two discuss writing about imaginary places, being a reader to Jorge Luis Borges, and Manguel’s most recent book, Packing My Library.

Paul Holdengraber: One of the things I so want to talk to you about, of course, especially since you mentioned the library of Babel. It’s nearly a knee-jerk reaction, but a good one—there are good and bad knee-jerk reactions—to think of Borges and to think of Borges particularly as he intersects so extraordinarily with you because you spent many a year reading to him.

And there is a passage—which I think you know I love—in your book With Borges where you write, “Borges loved conversation and at meals would select what he called ‘unobtrusive fare,’ such as white rice or pasta, so that the experience of eating would not distract him from the talk.”

Alberto Manguel: He wasn’t interested in food, as he wasn’t interested in music or visual arts. He was only interested in the word and the shared word and where the word could take you. It’s mental maps—going back to the idea of maps—that literature unscrolls for us. And during the meals, he didn’t want to be distracted by the food, whether good or bad. It had to be bland. I remember the scandal he caused at Harvard when he was giving those marvelous lectures on poetry.

AM: Yes, it’s called the Craft of Verse, one of his best books. They invited him to a grand dinner and they asked him what he wanted to eat. He asked for Campbell’s tomato soup.

AM: He caused a scandal among the university gourmets.

PH: That is a magnificent story.

I’m sure you’ve been asked this question many times, but what did you take most pleasure in reading to him? Or differently put, what did he love for you to read most?

AM: The situation in which I found myself was peculiar because I was 15 or 16 and at the time I was working at a bookstore in Buenos Aires where Borges came to buy his books. He asked me one day whether I wanted to come in the evenings to read to him. I thought it was just a favor that I was doing for this nice, old blind man—little did I know what gift fortune was laying in my path.

But it wasn’t a reading as we would say if you asked me to come and read for you and I choose something and I would read it out to you in my intonation. He had a plan.

When he became blind in the mid 50s, he decided that he would no longer write prose. He would write poetry because he said that poetry came to him as music, to which he added words and then he could dictate those words. But that to write prose, he said, he had to see his hand write. So he had stopped writing prose, but over the years the arguments and plots and ideas for stories came to him.

After a time—this is in the mid 60s, so 10 years into his blindness—he wanted to revisit the stories that he thought were great. Borges had very peculiar taste. He thought of certain writers as “the great writers.” The best writer of French, for him, was Voltaire. The best writer in Portuguese was Eça de Queiroz. The best writers in English were Stevenson, Kipling, Chesterton, and Sir Thomas Browne.

Looking for stories, he would ask me to read to him Kipling, Henry James, Stevenson, Chesterton, but above all Kipling. Few people read Kipling nowadays. They have this idea that either he is this Imperialist and therefore should not be read; or a writer of stories for children and they think of The Jungle Book. But Kipling is so much more. His early stories and his very complex, dark later stories are absolute masterpieces. And I discovered them thanks to Borges. If I had to thank Borges for just one thing, it would be for the discovery of Kipling.

AM: Well the stories from Plain Tales from the Hills for instance. Borges calls them a laconic masterpiece, and that they are. And the later stories: “The Wish House” or “Mary Postgate” or “Unprofessional.” These are stories that we don’t read now, but if somebody wants to learn to write in English I would say first read Kipling.

PH: How extraordinary. I don’t know these stories.

AM: You have a wonderful time in front of you.

Why Cities Are Teeming With Exotic Wildlife More Than Ever 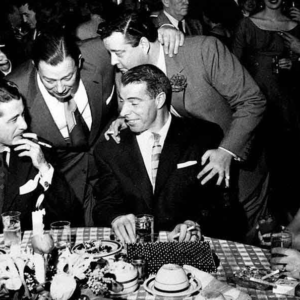 For young, famous ballplayers in the 1950s, the lights of Manhattan beckoned like a wonderland. It was an eastern version...
© LitHub
Back to top