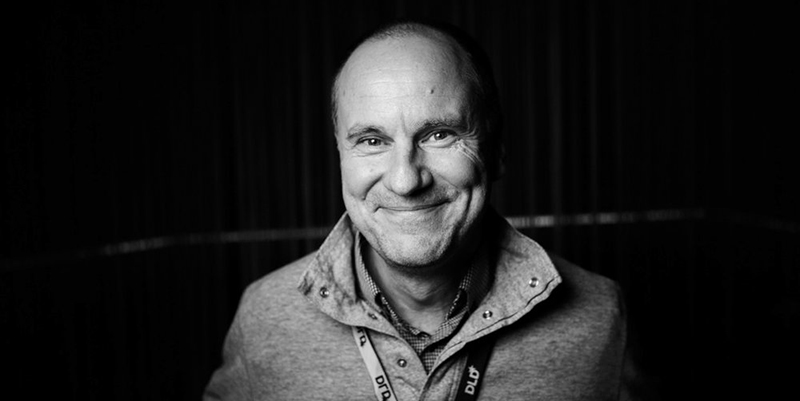 Albert Wenger on a World After Capital

The Union Square Ventures General Partner on the Keen On

In this episode of Keen On, Andrew talks to Albert Wenger, general partner at Union Square Ventures, about his book, World After Capital.

Albert Wenger: Capital is no longer the thing that is scarce for humanity. We can build buildings, cars, and planes as quickly as we want to. It’s not the thing that scares us. What scares us today is human attention. Capital was the defining scarcity of the industrial age, just like land was the defining scarcity of the agrarian age. We’re now in an age where attention is a scarcity for humanity.

Andrew Keen: Tell that to a single mother who’s struggling to feed her kids and clothe her kids. What does that mean for most ordinary people?

Albert Wenger: So we have a huge problem with the income and wealth distribution in the world, and that requires general changes in policy to fix. I’ve been a longstanding proponent of universal basic income, giving everybody a certain amount of money every month.

Andrew Keen: And you’re one of the founding supporters of Andy Yang.

Albert Wenger: I am indeed, together with my wife. We are among the first five donors to Andrew’s campaign, and Andrew came just before he even declared his candidacy.

So, yes, we have problems with who has access to capital, and one of our core tenets is that we try to invest in companies and projects that broaden access to capital knowledge and well-being, because we recognize that the access to capital is quite unequally distributed. When I say that we live in a world after capital, I don’t mean at the individual level, I mean at the aggregate level of humanity.

Albert Wenger: So capitalism has been incredibly powerful and effective at allocating capital. … So if we think about what happened post-World War II, we ran two big experiments in how to allocate financial capital, which is an intermediate step to building physical capital. We don’t drive around in gold bars. We drive around in cars. You don’t eat dollar bills. You eat food. So the two big experiments were we had planned economies and we had market-based economies, and it turns out that capitalism, when you think of it as market-based economies, is very good at taking financial capital and allocating it to the proper formation of physical capital. That, I think has been proven beyond much of a doubt.

The mistake that we’re making now is that we’re also trying to use the same model to allocate attention, a market model relying on prices. The reason that’s a huge mistake is because the most important things that humans should be paying attention to cannot have prices.

What’s an example of that? What is the price for Andrew Keen finding his purpose in life or for Albert Wenger finding his purpose in life? It’s a market of one. There’s no supply demand. There’s no price. So if my attention is being allocated based on some kind of price mechanism, I will not pay enough attention to my purpose in life. That’s exactly what we’re seeing. We’re seeing a huge rise in the rate of depression, of suicide, and of drug use. Why? Because people’s attention has been sucked into price systems. The labor market. The entire sphere of advertising is a price system. When you go online today, nobody directs your attention to find your purpose. Everybody directs your attention to go consume this product, and this is why the attempt to allocate human attention through the price mechanism is flawed. That was an example at the personal level.

Let me give an example at the aggregate level of humanity. We are facing an existential threat for humanity in the climate crisis. The aggregate amount of human attention that is currently focused on solving that problem is tiny compared to the magnitude of the problem. There are more physicists working on Wall Street than there are physicists working on nuclear fusion. That is a massive misallocation of human attention. So when I write a book called World After Capital, the entire book is about how can we redesign certain fundamental societal systems so that we can free up human attention towards the things that truly matter, such as your purpose in life, solving existential threats, and seizing extraordinary new opportunities that exist in the world today.

Albert Wenger is a managing partner at Union Square Ventures. Before joining USV, Albert was the president of del.icio.us through the company’s sale to Yahoo and an angel investor (Etsy, Tumblr). He previously founded or co-founded several companies, including a management consulting firm and an early hosted data analytics company. Albert graduated from Harvard College in economics and computer science and holds a Ph.D. in Information Technology from MIT. 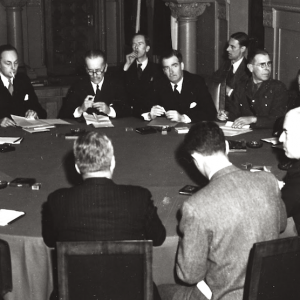 Seventy-five years ago, in February 1945, some of the last battles of World War II were still being fought but the Allies—US...
© LitHub
Back to top