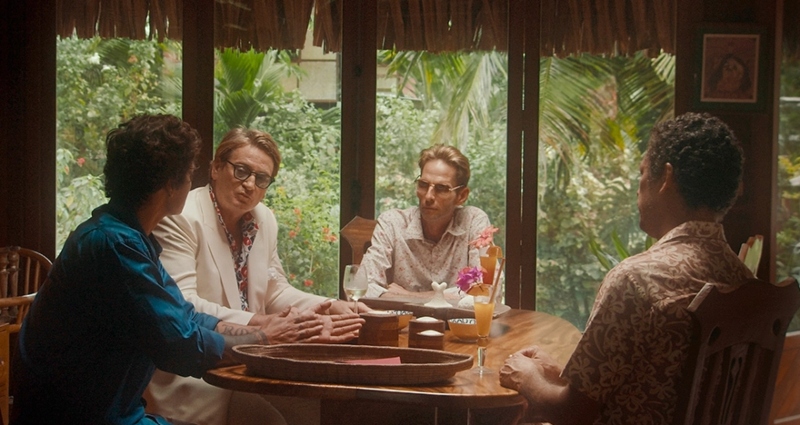 “The eye of the camera has no moral point of view.”

Hours after the premiere of his new film, Pacifiction, at this year’s Cannes Film Festival, the highly idiosyncratic Spanish filmmaker Albert Serra joined Dennis Lim, the director of the New York Film Festival, on the Film Comment podcast to discuss it. If you’re familiar with Serra, you won’t be surprised that he so casually issued a statement as bold and dramatic as the one above. If you aren’t familiar with the renegade auteur’s body of work, stretching back to 2003 and spanning feature films, shorts, gallery installations, shot on video experiments, and philosophical treatises, here’s a brief journey into his fascinating, often freaky mind:

To Senses of Cinema in 2013: “My films will never be perfect because it’s not possible: the energy that allows me to make things that nobody else can make is precisely what prevents me from making a perfect film.”

To Sight & Sound in 2015: “I don’t like actors. As personal human beings, I don’t like the character of actors in general. Polanski said, ‘An intelligent actor is a paradox.’”

And to Sight & Sound again, in 2014: “I have not come to this world to wait for a stupid technician to prepare lights. It’s the technician preparing lights who has to adapt to my light.”

In person Serra is flamboyant, bombastic, a motormouth, even a little pedantic. But his films are anything but. From 2008’s sober, grandiloquent rendition of the birth of Christ, Birdsong, to 2015’s The Death of Louis XIV, a film which spends two hours in a room watching Jean-Pierre Léaud as the Sun King slowly rot from the inside out and die—bombastic, sure. Serra’s films project absolute confidence, often clocking in close to three hours, yet the experience of watching them provokes minor feelings—frustration, tedium, subtle curiosity that gives way to mordant complication, and if you’re patient enough, or maybe masochistic, an overwhelming stupor. In all this, there’s rarely a whiff of showiness, and Pacifiction is his most understated masterpiece to date.

Serra is a consummate literary filmmaker.

The films which preceded Serra’s first contender in the official Competition at Cannes, including Louis XIV and his most recent, Liberté—which depicts a single night of deflated, vainglorious hedonism from a bunch of aging 19th-century libertines in a forest clearing—could be called conceptual. They aren’t easy watches: they stretch on for hours, employ a monotonous editing style, feature minimal dialogue and virtually no plot. But they are easy sells, because they can be packaged up with a single tantalizing quip: The dude just lays in bed for two hours! They literally just eat ass in the woods for two hours! Serra’s films beg you to watch them, even if you’re afraid you’ll regret it.

Pacifiction is something entirely different. Serra is still playing with cinematic time, he’s still testing the limits of audience patience, and he’s still experimenting with how to derive meaning and pleasure from the accumulation of sounds and images, rather than the execution of beats along character and narrative arcs. But Pacifiction is the closest thing to a “normal film” that Serra has ever made.

For one, there’s a protagonist, one around whom everything more or less centers. He’s played by the French leading man Benoît Magimel, which is a clear sign of evolution for Serra, who for years swore he’d only work with non-professionals, detesting loudly and openly the vanity of movie stars. Magimel plays a character called De Roller, the French High Commissioner of the island of Tahiti, in South Polynesia. He’s perpetually clad in a loose white suit, with a colorful, tropical shirt peeking out beneath, and blue-tinted, black-framed sunglasses.

For most of Pacifiction, he simply meanders around the island, taking meetings, going on boat rides, visiting the extravagantly vibey Morton’s Bar, and drinking acidic looking pink and orange concoctions decorated with little cocktail umbrellas. De Roller keeps it cool and collected for the entire film, even when he’s threatening a local activist (Matahi Pambrun), or softly droning on to the sleeping passenger in his car about the absolute destruction the French could wreak on the island.

Another unusually conventional aspect of this film: there’s an actual narrative, with story beats, and something of a rising action, climax, and denouement. Early into the film, De Roller takes a meeting with the local tribal council. They relay concerns over rumors that a nuclear submarine has been spotted off the coast. It agitates a sore spot for the Tahitians, who lived through 30 years of reckless offshore nuclear tests conducted by the French government under cover of an arrogant official policy of secrecy. (New reports indicate that some 110,000 residents scattered across French Polynesia’s 118 islands were affected to some degree by the fallout, which France has never acknowledged.)

Like Henry James, Serra finds a way to marshal these demotivating sequences into something powerful and sensorially alive.

De Roller pacifies (the first of the title’s clever meanings) their concerns with his usual vacant yet vaguely warm geniality. But he doesn’t take the path you might expect an aloof, European magistrate abroad in exotica to take—he begins trekking down to the shore at night to scan the horizon, and up to a lookout, where he probes deeper with a pair of binoculars. De Roller actually cares about the Tahitians, but it soon becomes clear where his power to defend them ends, and where a greater, more mysterious power takes over.

Quotidian scenes of walking and talking are interspliced every so often with, for example, perhaps the most thrilling scene of Serra’s career, in which a fleet of yachts anchored inches away from the break in a massive series of swells barely crest over each menacing wave. Serra holds on a wide shot of tiny people in the distance, dancing on the decks and roofs of boats, barely holding on, but in their careless drunkenness hardly caring. The title’s other meaning locks in: Pacific fiction.

Pacifiction has been called an apocalyptic film, and it is deeply unsettling, and death-driven in a way that’s hard to explain. But it’s also deeply literary. Serra is a consummate literary filmmaker. With the exception of Pacifiction, all of Serra’s films have been adaptations. His debut, Honour of the Knights (2003), was adapted from Cervantes. Birdsong is a retelling of the conflicting biblical accounts of Christ’s birth. The Story of My Death (2013) mashes up Casanova’s memoirs and Bram Stoker’s Dracula. Saint-Simon’s voluminous journals chronicling the death of Louis XIV form the spine of that film, and along with Bataille and Sade, Catherine Millet’s The Sexual Life of Catherine M. inspired many of the scenarios in Liberté. Pacifiction’s screenplay is Serra’s original creation, but literary influence suffuses every frame.

De Roller, the wayward European dignitary with one foot desperately tethered to the motherland which expelled him, the other uneasily planted in the colony which will never accept him, feels practically lifted from Graham Green: Henry Scobie, the death-addled protagonist from The Heart of the Matter, seems a particularly apt corollary. In its ambient apocalypticism, Serra evokes Joseph Conrad, whom he uses to tint with dread some of Henry James’ fastidious, tiresome attunement to the finer details of bureaucracy and diplomatic missions. James took an almost sadistic pleasure in ethering his readers with page after page of inert text—an oblivion of granular descriptions of slightly misinterpreted traditions and miscarried formalities. Like James, Serra finds a way to marshal these demotivating sequences into something powerful and sensorially alive.

Pacifiction is a film whose steep investment of time and attention deals infinite dividends. Like many great novels of extraordinary length, the pleasure comes from the experience of surrender, of letting the text wash over you like the sickly serene waves along the Tahitian shore. Serra has crafted something new within his filmography, and possibly new within cinema itself. A winsome blend of his signature withholding, experimental style, and something more sleek, even commercial. Despite all the monopolist crud clogging up the American box office, Pacifiction is a sign of something thrilling happening in international cinema. 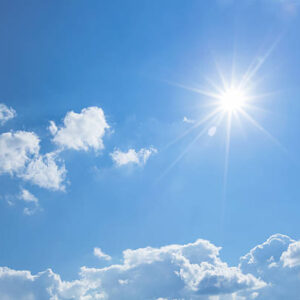 What we think of as summertime is really a human invention. In this country, the idea of vacations—of taking time off from...
© LitHub
Back to top