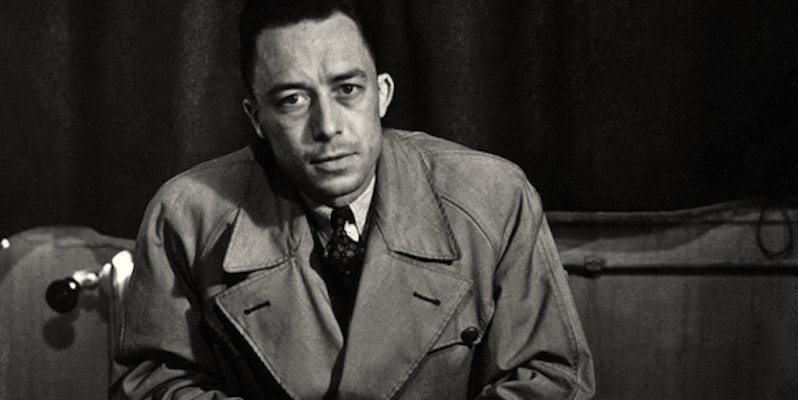 When praying, a wise man from the East always implored his deity to spare him from living in interesting times. Since we are not wise men, our deity has not spared us, for we do live in interesting times. In any case, our era refuses to allow us to ignore it. The writers of today already know this. If they speak out, they are immediately criticized and attacked. If they remain silent out of humility, no one will ever speak of anything but their silence, to raucously reproach them.

Amid this blaring din, writers can no longer hope to stand on the sidelines to pursue the thoughts and reflections they cherish. Up until now, it has been more or less possible to remain detached from history. Anyone who disagreed with events could often remain silent, or speak of other things. Today, everything has changed: silence itself has taken on formidable meaning. The moment that remaining detached was considered a choice, and punished or praised as such, artists, whether they liked it or not, became involved. And in this, the word involved seems to me much more accurate than simply committed. In fact, it is not merely a matter of the artist’s voluntary commitment, but rather of obligatory military service. All artists today have embarked in the galley of the times. They must resign themselves to that fact, even if they feel their ship reeks of rotten fish, that there are really too many tyrannical overseers, and, what is more, that they are headed off course. We are adrift on the open seas. Artists, like everyone else, must take up their oars, without dying, if possible—that is to say, by continuing to live and create.

Every publication is a deliberate act, and that act makes us vulnerable to the passions of a century that forgives nothing.

To tell the truth, this is not easy, and I can understand how artists might miss their former comfortable life. The  change has been rather brutal. Of course, in the amphitheater of history, there have always been martyrs and lions. The martyrs were given strength by the idea of eternal praise, the lions by very bloody historical fodder. But up until now, artists always remained on the sidelines. They sang for no reason, for their own pleasure, or, in the best of cases, to encourage the martyr and attempt to distract the lion from its prey. Now, on the contrary, artists find themselves trapped inside the amphitheater. Their voices, naturally, no longer sound the same: they are far less confident.

It is easy to see what art is at risk of losing in such continual involvement: their former comfort, mainly, and that divine freedom that lives and breathes in Mozart’s works. We can now better understand the tormented and tenacious atmosphere of our works of art, their furrowed brow and sudden debacles. And so, we tell ourselves we understand that this is why there are more journalists than writers, more amateur painters than Cézannes, and why children’s literature and murder mysteries have taken the place of Tolstoy’s War and Peace or Stendhal’s The Charterhouse of Parma. Of course, we can always counter this state of affairs with humanistic lamentation, to become what Stepan Trofimovich desperately wanted to symbolize in Dostoyevsky’s The Possessed: reproach personified. And just like that character, we might also experience bouts of civic despondency. But that despondency would change nothing about what is really happening.

It would be far better, in my opinion, to participate in our times, since our age is clamoring for us to do so, and quite loudly, by calmly accepting that the era of cherished masters, artists with camellias in their lapels and armchair geniuses, is over. To create today means to create dangerously. Every publication is a deliberate act, and that act makes us vulnerable to the passions of a century that forgives nothing. And so, the question is not to know whether taking action is or is not damaging to art. The question, to everyone who cannot live without art and all it signifies, is simply to know—given the strict controls of countless ideologies (so many cults, such solitude!)—how the enigmatic freedom of creation remains possible.

Artists of today doubt whether their art, and therefore their very existence, is necessary.

In this respect, it is not enough to simply say that art is threatened by the powers of the State. In fact, in that case, the problem would be simple: the artist would either fight or capitulate. The problem is more complex, more a matter of life and death as well, the moment we understand that the battle is being fought within artists themselves. The hatred of art, which has so many wonderful examples in our society, only thrives so well today because it is kept alive by artists themselves. The artists who preceded us had doubts, but what they doubted was their own talent. Artists of today doubt whether their art, and therefore their very existence, is necessary. The Racine of 1957 would apologize for having written Berenice instead of fighting for the Edict of Nantes.

This reassessment of art by artists has many reasons, but we will consider only the most important ones. In the best-case scenario, it is explained by the impression contemporary artists might have that they are lying or speaking for no reason if they do not take into account history’s misfortunes. What characterizes our times, in fact, is the tension between contemporary sensitivities and the rise of the impoverished masses. We know they exist, whereas before, we tended to ignore them. And if we are aware of them, it is not because the elites, artistic elites or others, have become better. No, let’s be clear about that—it is because the masses have become stronger and won’t allow us to forget them.

There are other reasons for this abdication of responsibility as well, some of which are less noble. But whatever the reasons might be, they contribute to the same goal: to discourage free creative activity by attacking its principal essence, which is the creative artist’s self-confidence. As Emerson put it so magnificently: “Man’s obedience to his own genius is the ultimate definition of faith.” And another American writer from the 19th century added: “As long as a man remains faithful to himself, everything works to his advantage: government, society, even the sun, the moon and the stars.” Such prodigious optimism seems dead today. Artists, in most cases, are ashamed of themselves and their privileges, if they have any. Most importantly, they must answer the question they ask of themselves: Is art a deceitful luxury? 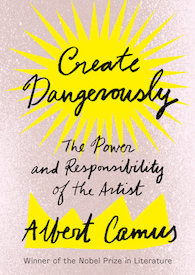 From Create Dangerously:The Power and Responsibility of the Artist by Albert Camus. Copyright © 1958 by Editions GALLIMARD. Translation copyright © 2019 by Sandra Smith. Reprinted by permission of Vintage Books, an imprint of the Knopf Doubleday Publishing Group, a division of Penguin Random House LLC.

Born in Algeria in 1913, Albert Camus published The Stranger—now one of the most widely read novels of this century—in 1942. Celebrated in intellectual circles, Camus was awarded the Nobel Prize in Literature in 1957. On January 4, 1960, he was killed in a car accident. 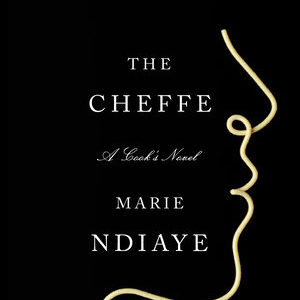 “Such a wonderful childhood I had,” the Cheffe used to say when she talked about Sainte-Bazeille, where she’d spent...
© LitHub
Back to top
Loading Comments...