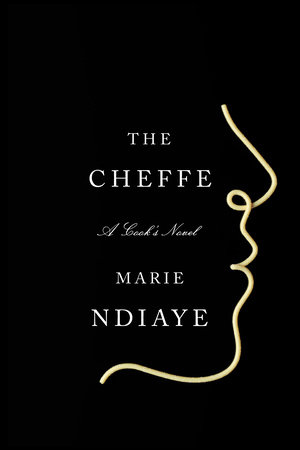 The following is excerpted from Marie NDiaye's novel, translated by Jordan Stump. NDiaye spent her childhood with her French mother (her father was Senegalese), and studied linguistics at the Sorbonne. She was only 18 when her first work was published. In 2001 she was awarded the prestigious Prix Femina for her novel Rosie Carpe; in 2009, the Prix Goncourt for Three Strong Women; and in 2015, the Gold Medal in the Arts from the Kennedy Center International Committee on the Arts. She lives in Berlin.

“Such a wonderful childhood I had,” the Cheffe used to say when she talked about Sainte-Bazeille, where she’d spent her first 14 years, where her parents hired themselves out here and there as farm laborers, dragging her along with them, putting her to work once they were reasonably sure the boss wouldn’t notice, that was already forbidden back then, hiring children.

And like them she pulled beets or gleaned corn, ever ready, on a prearranged sign from her mother, to drop whatever she had in her hands and mime some sort of play, should someone who might report them come near.

Yes, the Cheffe was born after the war, in 50 or 51, I never knew exactly, for all my digging.

I went to see that little house in Sainte-Bazeille where the Cheffe claimed she lived the best years of her life even though she never went back to it, even though she refused to make the briefest detour to see it again, like that time we were driving from Bordeaux to Grignols to buy fattened ducks from a promising new farmer and I suggested we make a quick side trip through Sainte-Bazeille.

She was silent for so long that I said it again, thinking she hadn’t heard me, I imagine my voice was filled with the repressed but tremulous, proud, happy excitement of someone who’s sure he’s had a wonderful idea, and I turned my head for a glance at the Cheffe, very pleased with myself, I so wanted to make her happy, to satisfy her every wish, I so longed to give her the tiniest pleasure, even at the expense of my own, I mean my immediate pleasure, which meant nothing to me because at the time I found my happiness only in the Cheffe’s.

Being a woman mattered to her.

And although her face had been unusually serene ever since we took the main highway out of Bordeaux, I saw a shadow come over it then, and even two angry little creases fencing off the corners of her mouth.

The clear, silvery, majestic light of that November morning so precisely set off the Cheffe’s head, her hair pulled back and imprisoned in a pitiless chignon on her nape, her long, straight neck, smooth and solid as a young beech trunk, that for a moment I thought it wasn’t the Cheffe there beside me on the passenger seat but only her image, two-dimensional, without flesh or life, but nonetheless captivating, grand, and aloof, as she often appeared in my dreams, or as I saw her, felt her beside me when I found myself in my room after work, alone but because of that never truly alone.

A very tight chignon, yes, almost torture for her poor hair, grown fine and lank from having been too long pulled tight. She never wore her hair any other way, and it’s only another effect of the cursed Sud-Ouest photo that you find that surprising, because it’s true that in the picture you see her with a cloud of soft brown hair that seems less to surround or encase her skull than to float delicately around it, and since as I told you that photo misleadingly accompanied every article ever published about the Cheffe, all sorts of people who’d never met her, who could never have hoped to meet her, were convinced she let her hair spread out like that, like a weightless nimbus, all around her temples, her brow, a freedom that in truth she never granted it, and I can’t imagine why, on that day of days when that deceptive picture was taken, she had.

No, I’m not in the photo, I wasn’t yet working for the Cheffe.

But I know she always bound her hair behind her head, and not only for the obvious reasons of kitchen hygiene, I know she would have been happier with no hair at all, and if such a thing were conceivable back then she would have shaved it all off rather than torture and blight it by strangling it in a rubber band twisted over and over.

Oh no, I’ll come back to that, being a woman mattered to her. I’ll tell you about that later.

But it had nothing to do with her face.

It wasn’t a feminine face, there in that pallid, distant light, and even less, if this makes any sense, a masculine face.

It was the idea of a face, the emblem of a face, proclaiming, in that exact, impartial morning light: “Since my cooking must be represented by a human face, here’s the face that best expresses its deep simplicity, even its poverty, because this face isn’t seductive or pretty or adorned, it’s a face beyond all consideration of beauty or ugliness.”

Which is why, even though I never knew the obviously random and anomalous reason why the man who took her picture found her that one day with her hair set free, yes, it’s true, almost proudly showed off, even though I never knew that reason because no one would tell me the precise circumstances of the photo shoot, in the very middle of the day, in front of a restaurant that must have been packed at that hour, I’m sure the Cheffe was later sorry that on top of everything else she’d displayed that mane, which in a way didn’t belong to her, that mane she tolerated only for the sake of convention, in every way incompatible with the essence of the face she wanted to show the world.

And then I saw how deeply she was annoyed by my suggestion of a pilgrimage to Sainte-Bazeille, the place of her childhood.

Without even a fleeting look to soften her words, she murmured, “That’s none of your business.”

And of course she was right, I couldn’t deny it, but it was still a cruel blow to my sensitivity, which was always particularly tender where the Cheffe was concerned.

Stupidly, not out of pride, with her I had none, but because, reeling, I must have thought a kindly insistence on my part would bring a less brutal answer, one that would partially wipe out the first, I added: “You were so happy there, it might be interesting to . . .”

Maybe the Cheffe would have been embarrassed to show me that house, maybe she was ashamed?

“Will you be quiet, be quiet, you don’t know anything about it!” she shot back, her voice muffled, contained with great difficulty, and the effort I could see her making not to let her irritation explode in a furious shout crushed me just as much as the words she was saying.

I mumbled my shamefaced apologies and she shrugged, tense, irked, suddenly all the sunniness this outing had brought her was gone, and it was my fault.

It came back when we drove home to Bordeaux with three little crates of beautiful fattened ducks that she would come up with the idea of glazing with white-fig jelly and slow roasting for hours in a pastry-sealed pot.

But I never forgot her sharpness that morning.

When, much later, I went to Sainte-Bazeille on my own, telling no one, and after asking all over the village finally located the house she grew up in, I wondered if she was afraid of coming face-to-face with what I then discovered in all its sadness: not so much a house as a hovel shabbily built by the side of the road, on a plot of land ringed with sagging barbed wire, and to be sure everything about the place suggested no one had lived there for years, the windows were all broken, maybe by the same people who’d covered the siding with tags and graffiti, but even at so long a remove it was all too clear that a family of eight (yes, the Cheffe had five brothers and sisters) who lived in such a place had to be among the poorest in the village, and even very likely the poorest of all, especially, as the Cheffe once let slip, because her parents were only renters on that tiny patch of land, an embankment where nothing much grew, despite all her mother’s efforts to make a vegetable garden.

Maybe the Cheffe would have been embarrassed to show me that house, maybe she was ashamed?

No, the Cheffe was never ashamed of anything that wasn’t her doing, and besides, at the age I was then I meant far too little to her, she couldn’t possibly have cared how I might judge her or feel about her.

No, I think she feared her own pity at the sight of so vivid an image of her parents’ misfortunes, the whole family’s public disgrace.

Because, the Cheffe used to say, her parents always managed—were always trying—not to make their troubles seem fewer and slighter to their children but to teach them to find those troubles far less interesting and therefore less serious than what common sense told them, common sense in Sainte-Bazeille being personified by their neighbors and teachers.

So the Cheffe could always counter pitying words and veiled looks of disdain or reproachful contempt with her parents’ healthy optimism, the expression of their indomitable spirit, and in this case their heroism.

They always assumed things would get better, and they thought they’d been proven right when things simply didn’t get any worse.

Which is why, since the Cheffe so loved her parents, so protectively watched over their memory, and since all their lives her parents had worked at not being pitied (or pitied only in a global way that wasn’t aimed specifically at them, didn’t touch them), she would have thought she was betraying their memory if she’d felt, if she couldn’t help feeling, a stinging sympathy at the sight of that Sainte-Bazeille hovel, even if hers would have been slighter than mine on seeing that jumble of boards where by some miracle her parents gave her a luminous childhood, or, yes, the illusion of a luminous childhood, but aren’t they the same thing, since it’s all about memory?

Excerpted from The Cheffe: A Cook’s Novel by Marie NDiaye, translated from the French by Jordan Stump. Translation copyright © 2019 by Alfred A. Knopf. Excerpted by permission of Alfred A. Knopf, a division of Penguin Random House LLC. All rights reserved. No part of this excerpt may be reproduced or reprinted without permission in writing from the publisher.

Jon Krakauer on the Incredible Career of Mountaineer Fred Beckey 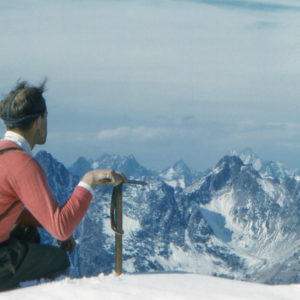