And Other Literary Film and Television News

This week in literary film and television news, there were enough new trailers to wear a woman’s eyes right out. (Don’t worry, I’ll heal.) Agatha Christie had a big week, with her estate serving up a slew of films to Amazon, and I also heard news about a few other exciting projects, from Viola Davis’s adaptation of Rachel Loyd’s Girls Like Us to Steven Spielberg’s big-budget Ready Player One. Plus, a literary author is helming the new Barbarella, so I think we can all get behind that, even in these trying times. Find your protective eyewear, settle into your seat, and read on.

HBO has shared the first photo from the set of their adaptation of Fahrenheit 451. 4/5 Ray Bradburys would agree: it’s lit.

More Viola Davis is always good news. JuVee Productions, the company Davis runs with her husband, Julius Tennon, will be producing a film adaptation of Rachel Lloyd’s Girls Like Us: Fighting for a World Where Girls Are Not for Sale, which documents her own experiences in the commercial sex industry—as well as her escape.

In a massive deal, Amazon has purchased the rights to seven (7) of Agatha Christie’s novels. So Prime members, I hope you like mysteries. An adaptation of Ordeal By Innocence is up first, a three-part miniseries that will start filming this month with Bill Nighy, Catherine Keener, Matthew Goode, Alice Eve, Ella Purnell, Ed Westwick, Luke Treadaway, Eleanor Tomlinson and Morven Christie. Which is not too shabby, as lineups go. But best of all is Christie herself, of course. And Chuck Bass. Always Chuck Bass.

Barbarella is back, baby. Or almost, at any rate. Dynamite Entertainment will be reviving the beloved character in a new comic series, to be written by Mike Carey, author of The Girl With All the Gifts. “In the 1960s, Jean-Claude Forest’s Barbarella was a character who helped to define her era—the first emancipated heroine for a decade that questioned all rules and moral codes,” Carey said in a statement. “I’m hugely excited to be involved in reinventing this classic and iconic character for the modern age, and introducing her to many readers who weren’t even alive when she first traveled the spaceways.”

CNN correspondent Jake Tapper’s 2012 book The Outpost: An Untold Story of American Valor, about U.S. soldiers fighting the Taliban in Afghanistan in 2009, has been picked up by Millennium Films, who will make it into a film to be directed by Rod Lurie. “Having a director who graduated from West Point and served in the Army, as Rod Lurie did, provides rare opportunity for the men and women of Combat Outpost Keating to have their story told the way they deserve,” Tapper told the Hollywood Reporter.

Netflix has a new Sandra Bullock show in the works, set to begin filming this fall under Susanne Bier’s direction. Why should you care? Well, it’s based on the post-apocalyptic novel Bird Box, by Josh Malerman, who is also apparently the lead singer of something called The High Strung. And also—Sandra Bullock! Come on.

And finally, get your first look at Steven Spielberg’s adaptation of Ernest Cline’s Ready Player One. “[Steven Spielberg’s] work directly influenced the narrative and the way that I told the story,” Cline told EW. “So to have him directing, it’s too perfect to even be possible. And somehow it’s happened.”

This was a truly solid week for trailers, so let’s take these one at a time.

First off, we have The Snowman, based on the thriller by Jo Nesbø and starring Michael Fassbender and Rebecca Ferguson. Serial killer in the snow:

Next up, the latest fuel for your Margaret Atwood obsession: the trailer for 19th-century murder series Alias Grace:

Here we have the trailer for the third season of Outlander, Diana Gabaldon’s Scottish time traveling romp. If you look closely, you can see that TV Guide’s tagline for it is “the droughtlander is almost over!” which, woof:

And finally, because duh, Madeleine L’Engle’s A Wrinkle in Time finally feels close to climbing into our living rooms (again): 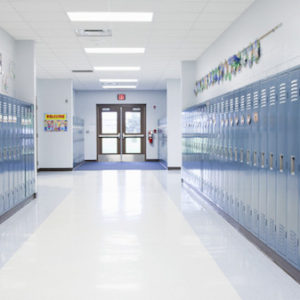 When young people make the terrible, confounding decision to end their lives, it’s shocking. And when the deceased and their...
© LitHub
Back to top