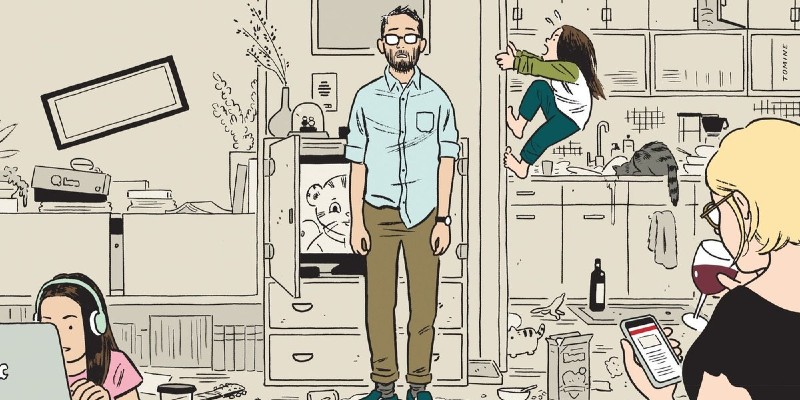 This week on The Maris Review, Adrian Tomine joins Maris Kreizman to discuss his latest book, The Loneliness of the Long Distance-Cartoonist, out now from Drawn & Quarterly.

On writing about his own life:

Adrian Tomine: This was a book I’d had in mind for a long time, probably going back decades. Because I was always making comics whenever something bad happened to me in my life, even as a child, as a teenager, and especially as an adult, there was always some well-meaning person who would try to console me by saying, “this will make for great material someday.” Usually this infuriated me and I’d be angry that they were not sympathizing with me and just thinking of it as a funny comic strip in the future.

On why something always goes wrong at convention centers:

Adrian Tomine: For some reason a lot of anxiety for me about conventions whether they’re book industry conventions or comic industry ones, something always goes wrong for me. Maybe it’s the law of averages. You have so many human interactions in those spaces that something is bound to go wrong.

On short circuiting his critics:

Adrian Tomine: I think I’ve had a long defensive history of trying to short circuit my critics in a way by publishing negative letters in my comics and this book is another example of that. I’m actually quoting verbatim the negative reviews I got in print or in person. I think some people think it’s so bold of you and I can’t believe you have the strength to do that. But it’s actually a very childish and weak way of protecting myself.

Adrian Tomine is the author of Scenes from an Impending Marriage, Shortcomings, Summer Blonde, Sleepwalk, 32 Stories, and the comic book series Optic Nerve. He is also an illustrator for The New Yorker, Esquire, and Rolling Stone. He lives in Brooklyn. The Loneliness of the Long Distance-Cartoonist is his latest.

365 Days by Julie Doucet · The Works of Richard Sala

Irenosen Okojie on Daring to Be Audacious With Fiction 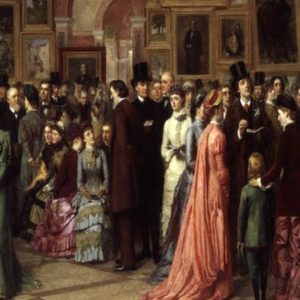