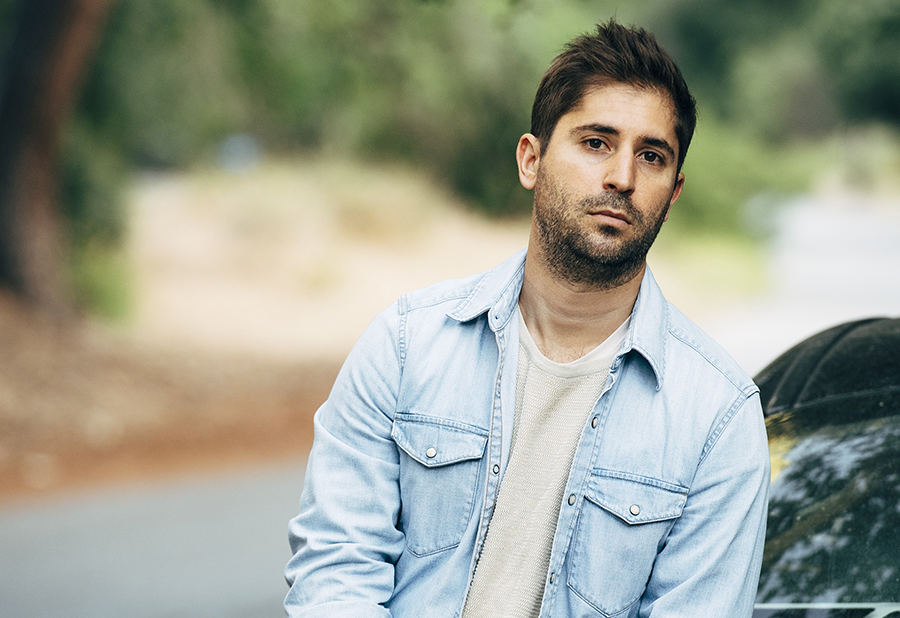 His journalism has focused on a wide range, from business, the internet and the arts, to vanishing cultures and wildlife, reporting from places threatened by climate change, globalism, and the march of technology. In 2013, he climbed 18,000 feet up Mount Everest, covering the impact of tourism on the land and local Nepali people for the BBC. That experience would inspire his debut novel.

Popescu holds a master’s degree in journalism from the S.I. Newhouse School of Public Communications at Syracuse University, and a BA in creative writing from Pitzer College.

Adam Popescu: I have suffered plenty. I don’t know if that’s really helped me. I don’t think you have to break apart financial gain and happiness with arts. Sometimes there are these romantic notions. Listen, you have a house and kids. You should want to make these things grow and develop.

Brad Listi: [This book] feels to me like a bit unexpected for a guy with your profile to write a book about a young sherpa girl in the Himalayas written from her perspective. I have to imagine with that creative choice you weighed the risk in terms of what the response would be. I could imagine a voice in your head thinking, what right do I have and do people want some guy from the West taking this on? Do I have any authority to do such a thing?

Popescu: I was in Nepal and went to Everest in 2013 for the BBC. I went to base camp, which is 18,000 feet and takes two weeks. You have to walk through glacier and ice. I went in December, which is very cold.

Listi: They always climb it in May, right?

Popescu: Yes, with the weather window. When I got to base camp, there was nobody there. It was much more stark and atmospheric, and much more difficult weather-wise.

Popescu: It’s a different kind of cold. When I was on this trip, you never really get warm. If my socks get wet and I’m sweaty or my socks are wet because I stepped in icy water, I have to put my feet by a real fire and the boots never properly dry. I have to walk five to six hours in the morning, and then you stop for lunch. You may try to change your layers because they’re wet and cold, and then you walk five to six more hours. You stop at these tea houses where there is no central heating. There are no showers. If there are showers, the pipes are frozen. So you get cold and you stay cold. That’s also what makes you physically feel really battered. It’s hard for your core temperature to rise.

It’s so mentally debilitating that you have to be okay with being dirty or being uncomfortable. When I was on the way down, I had really bloody feet from blisters. Because it’s extremely steep, my toes would be bunching together in my boots. My toenails would rub against each other, and the nails would be cutting my skin. We were in a windstorm, and we fell down a few times.

Listi: People die up there.

Popescu: People die up there. I saw someone medically evacuated. People get sick. … You don’t really know what’s going to happen up there, and it strips you of a lot of the pretense and macho bullshit. In these places and situations, you really find out who you are. If something happens and how you react, no one knows. You can talk all day long about if this happens you’d do this. God forbid if anything like that happens to you, but we don’t know what’s going to happen. When it comes to the mountains you have to be prepared. What does that even mean? You have to be so present in the moment.

In 2013, I had just lost a job. I had been picked up. It was a writing job for what I thought would be a big news outlet at the time. At that moment, I was proud and ambitious, and I was a casualty of the market. Journalism sucks. It’s extremely hard. As is writing, and seems to be everything now.

I had no idea about this place, but I got an email about an eco-trip to go to the basecamp for a couple thousand. I thought that I could do this. … I sort of winged it, and I had already done some solo trips and lived abroad. I certainly rolled the dice.

Whether you’re writing a novel for the first time, or you’re having a baby, you have to have a measure of confidence, whether you know what you’re doing or not. You just have to tell yourself, I’m going to figure it out. Whatever happens, you’re going to get your way out of that situation. This was a little more extreme, but I was going to do it.

Rihanna: the only girl in the world whose memoir comes with a marble pedestal.

Lisa Brennan-Jobs: "I Wanted to Write Something Else Besides a Memoir" 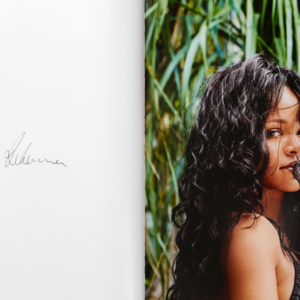 Rihanna: the only girl in the world whose memoir comes with a marble pedestal.

If you wanted to see a lot of photos of Rihanna, you could follow @badgalriri on Instagram OR you could buy this 504-page...
© LitHub
Back to top